Heroin: A public health crisis that has become a political football this election season 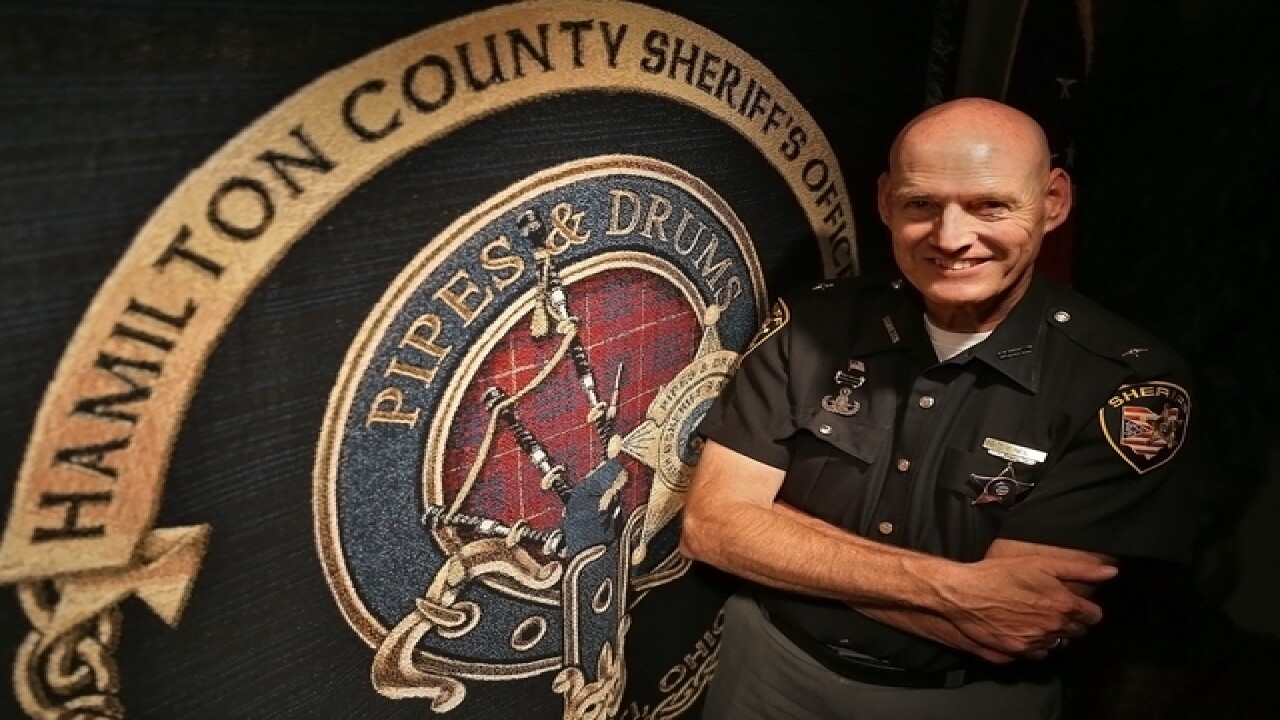 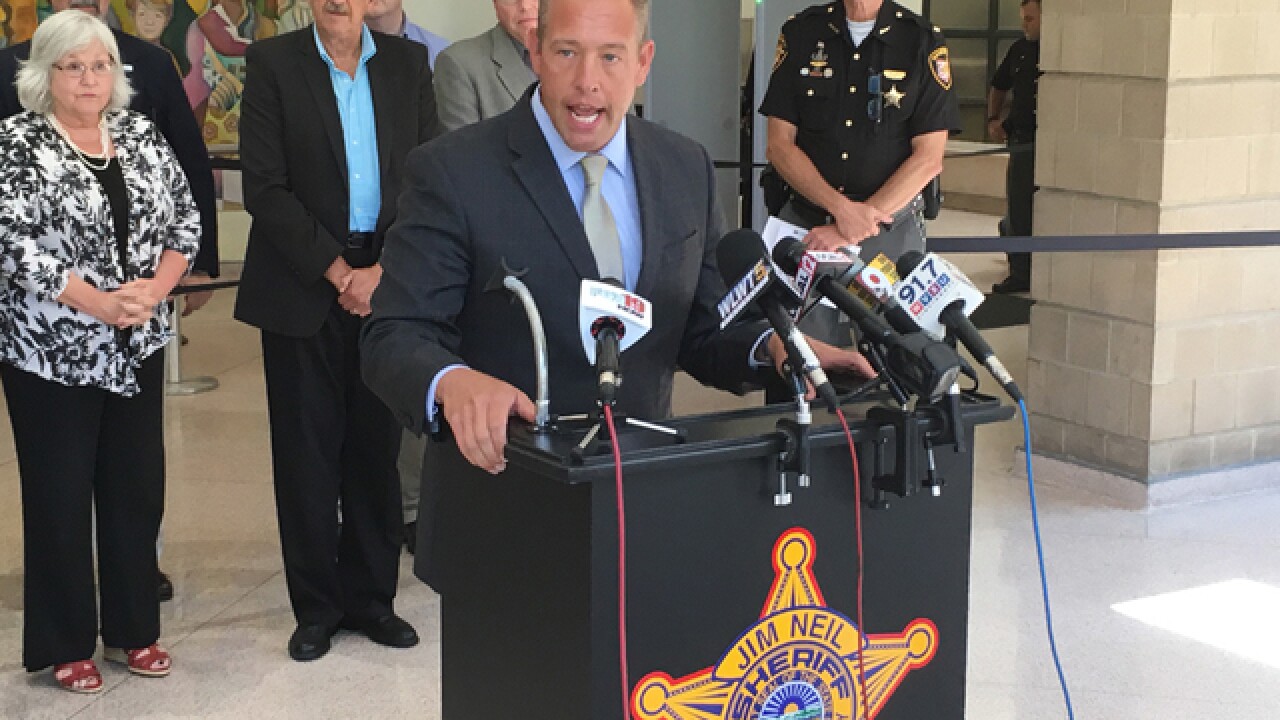 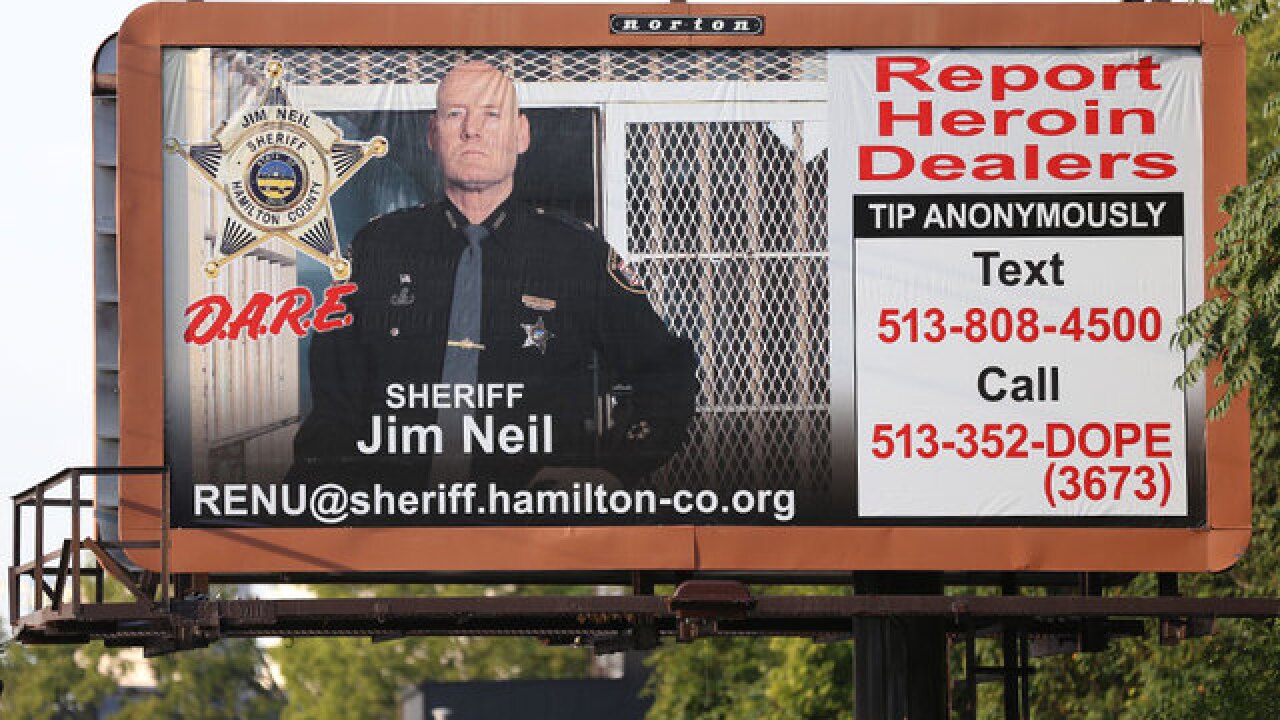 CINCINNATI -- The heroin epidemic in Ohio is more than just a public health crisis -- it has become political football in this election cycle.

As heroin-fueled car crashes and tragic images of toddlers forced to witness overdoses unfold in real-time, local politicians are walking a fine line between trying to solve a problem and aggrandizing for campaign exposure.

“It’s a point of frustration for me: You see a lot of politicians who want to get on the heroin issue because of their own personal advancement,” said Hamilton County Commissioner Dennis Deters, who is running for re-election.

“There’s people who complain about who gets invited to what -- who’s at press conferences. I don’t care about that. This drug has devastated this community,” Deters added.

Whatever the race this year, from the U.S. Senate to the Hamilton County sheriff, the heroin crisis has become a cornerstone of political strategy.

“It’s so hard to get voters engaged. When there is an issue people are talking about, you almost have to grab ahold of it and make it an issue of your campaign,” said Jared Kamrass, a principal at Cincinnati political consulting firm Rivertown Strategies. “Otherwise it’s political malpractice.”

Heroin-focused television ads first emerged in early June from Republican Sen. Rob Portman, who is seeking re-election. They featured testimonials from a mother who lost a son to an overdose and a recovering addict. Both praised Portman’s work on legislation to combat heroin addiction.

But later ads from Portman and from groups backing his opponent, former governor Ted Strickland, are much harsher and criticize how the other has handled the crisis. Commercials have criticized Portman for vetoing bills to combat heroin while others have chastised Strickland for cutting addiction treatment money.

The uniqueness of the heroin epidemic could explain why every political candidate is talking about it.

“How many problems are there, that both a Republican and a Democrat could claim it requires a government response?” University of Cincinnati political science professor David Niven said. “That’s a short list, so you can see the appeal as a campaign issue.”

But the sensitiveness of the heroin epidemic should also be considered by politicians, especially when they go into attack mode.

"This issue is so proximate and a life-and-death issue. You have to be careful not to trivialize it," Kamrass said. "There's a way to highlight your candidate's policies and preferences in contrast to your opponent's without making it a caricature about them not caring about heroin."

The heroin problem grew to a crisis level during a six-day stretch in late August when a staggering 174 people overdosed in Hamilton County. Officials begged people not to use heroin, as they feared the deadly batch was mixed with elephant tranquilizer.

In the midst of that week, two city councilman, Wendell Young and Charlie Winburn, called a special meeting to address rumors that City Manager Harry Black’s job was in jeopardy -- a meeting other council members said was unnecessary. The heroin problem was never discussed.

While dozens of overdoses occur across city... #productive https://t.co/uRhI6MedhC

That spate of overdoses drew national attention to Cincinnati, and political leaders and candidates took to the podiums to offer solutions.

Many Democrats, including state Rep. Denise Driehaus, who is running against Deters for Hamilton County commissioner, called for Gov. John Kasich to declare a heroin emergency and release state funding.

“I know there’s been increased attention to the issue,” Driehaus said. “Some of us have been working on this issue for a number of years, in a bipartisan way.”

She co-sponsored a bill earlier this year allows people to seek medical help for someone suffering from an overdose without facing any legal ramifications. The bill became law last week.

Meanwhile, Deters announced a new Hamilton County heroin response team -- modeled after one he helped start in Colerain Township -- to provide treatment to addicts, rather than immediate punishment.

“I don’t ask for someone’s political card when I’m trying to solve a problem in government,” Deters said. “(Democrats) Sheriff (Jim) Neil and the coroner -- politics does not enter the equation for us. I do not care.”

But nothing that Mike Moroski, a Democratic activist and former city council candidate, has heard so far from politicians seems promising.

“It’s emotional right now, it’s easy to play on … but nobody is talking about anything that actually helps,” Moroski said. “I don’t think they care and if they do care, I’m not entirely certain folks understand what the issue is.”

The real problem isn't heroin, Moroski said. Instead, he offers up another political solution of his own.

“The best thing we can do for the heroin epidemic is pass Issue 44 (more funding for Cincinnati Public Schools and Preschool Promise),” Moroski said. “Not worry about who is sheriff.”

Heroin and the sheriff’s race

Perhaps in no race is the heroin epidemic more contentious than for Hamilton County sheriff.

Retired Cincinnati police captain and Republican Gary Lee is trying to unseat Neil as sheriff and has openly criticized the way he is fighting the heroin epidemic.

Lee describes the billboards that dot the county with Neil’s face, aimed at getting people to turn in drug dealers, as “ineffective vanity projects.”

“Put up a face of a grieving family or a hypodermic needle going into the side of an arm with a grim reaper in the background,” Lee suggested. “Those are the things that will get an impact.”

He also criticized Neil’s idea -- presented with Deters and Prosecutor Joe Deters -- to grant immunity from prosecution to anyone who turns over drugs that may cause an overdose. A judge legalized the idea into an order on Sept. 7.

“He didn’t consult with any addiction specialists to see if this is even something realistic,” said Lee, who is a licensed therapist. “A person who is addicted to heroin and struggles to get money is not going to voluntarily give it away.”

This immunity is designed for family members of addicts who find heroin and want to dispose of it safely, Neil said.

As for the billboards -- Neil says they went up nearly two years ago when the county heroin task force was formed and have generated a 1,000-percent increase in telephone drug tips.

“There’s a lot of politics with heroin. Some good and some bad,” Neil said.

While Neil doesn’t enjoy the campaign attacks, he's relieved that so many politicians are finally talking about heroin.

“If these campaign promises are true, it puts smiles on our faces because we need the help, because it’s going to take community resources,” Neil said.