Heroes Are Never Alone: How a little boy with a big heart wanted to help homeless veterans 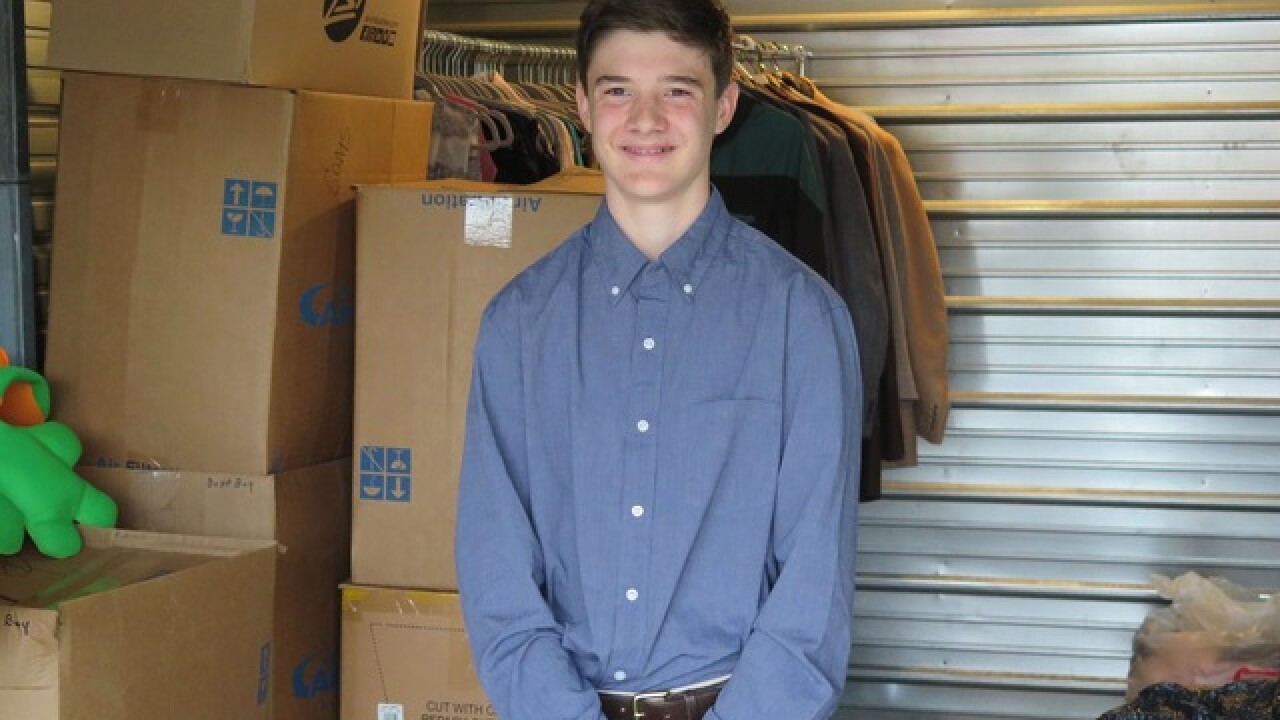 Copyright 2018 Scripps Media, Inc. All rights reserved. This material may not be published, broadcast, rewritten, or redistributed.
Lucy May | WCPO
<p>Connor Frantz wanted to help homeless veterans so his parents helped him start Heroes are Never Alone.</p>

Connor's great grandfather is a World War II veteran, and he has an uncle who's a pilot in the Navy. He couldn’t understand how people who had fought for their country could end up homeless, and he told his mom and dad that he wanted to help them.

“He never gave up," said Melissa Frantz, Connor’s mom. "He was persistent.”

After some research and working for more than a year with a law professor at the University of Cincinnati, the Frantzes established Heroes Are Never Alone to provide the help Connor wanted to give.

The nonprofit organization has raised nearly $9,000 since it was officially established in October 2016.

The Cincinnati VA Medical Center has used some of that money to buy bus passes for veterans who needed transportation to go to school, search for jobs or look for places to live. Other funds have paid to rent a storage facility where the VA can keep items that people donate until veterans need them.

“This little boy,” said Sally Hammitt, the director of community outreach division at the Cincinnati VA Medical Center. “What kind of kid creates this amazing mission to serve homeless veterans? And how serendipitous is it that he came across my doorstep?”

Connor is now 14 and stays busy as an eighth-grader playing all kinds of sports. He just finished football and is playing soccer and basketball.

Still, he said he’s dedicated to Heroes Are Never Alone and manages to juggle all his commitments with the help of his mom and dad.

Melissa and Kevin Frantz are definitely a big help; her background is in sales and marketing, and his is in finance. They plan to help Connor run Heroes Are Never Alone at least until he’s 18 and officially old enough to be the CEO, Melissa Frantz said.

“I just really enjoy seeing how happy it makes the veterans,” Connor said. “I just like to know that I helped some of them have better lives than when they came back from the U.S. after fighting for our freedom and keeping us safe.”

Hammitt estimated that Connor’s efforts have helped at least 500 veterans over the past two years.

“That might even be on the low side,” she said. “This movement Connor made just as a little boy -- we’ve seen the trickle effect. We’ve seen it not only be able to help veterans immediately, but this has lasting effects on veterans’ lives.”

The Cincinnati VA serves more than 1,000 veterans each year who participate in one of the agency’s homeless programs, she said.

The VA’s goal is to end homelessness among veterans, but that won’t happen without the help of community partners like Heroes Are Never Alone and people like Connor, she added.

“I remember the first day I met him,” Hammitt said. “I was just amazed at how one little boy could have a vision and want to start something so powerful. I’m pretty sure we’re going to see him doing big things in his life.”

Melissa Frantz said she and her husband are proud of what Connor has done so far.

“Kids can make a difference,” she said. “Little things add up to big things.”