Kasich or Trump? It could be up to SW Ohio 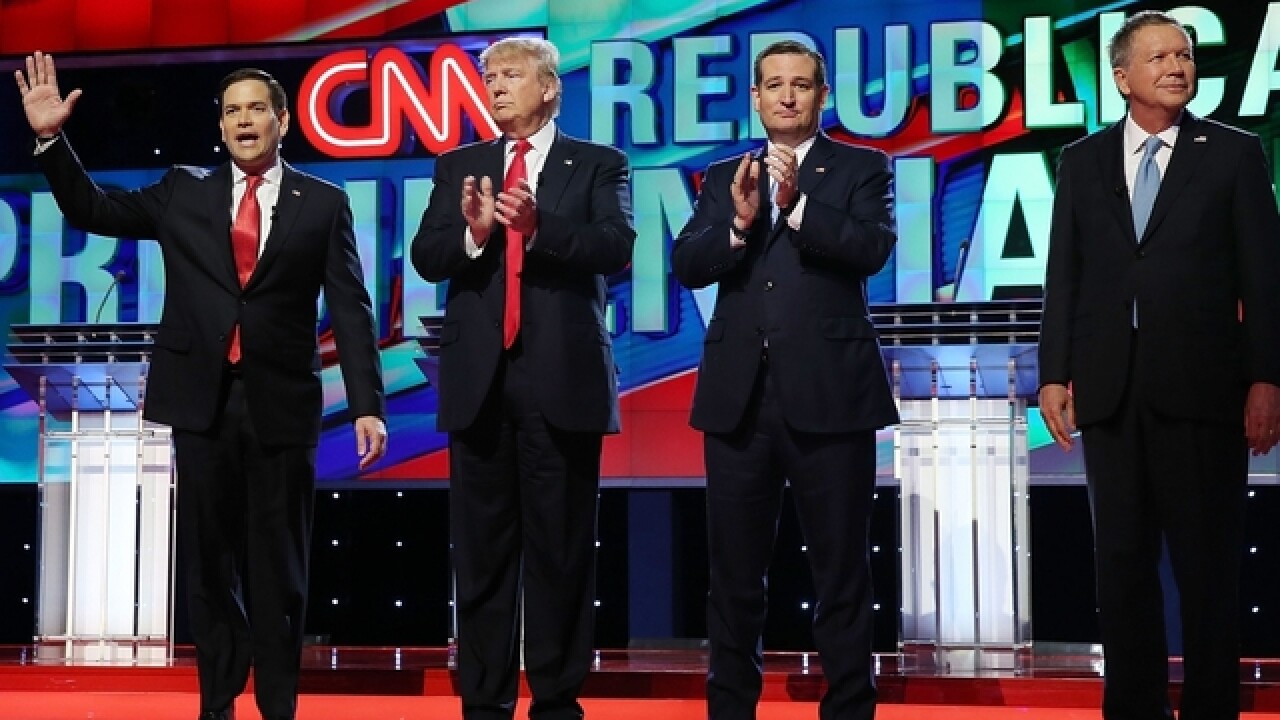 CINCINNATI -- Southwest Ohio votes will be crucial in the battle for Ohio between Ohio Gov. John Kasich and Donald Trump on Tuesday.

The future of the Republican Party could very well hinge on this area as the two fight for every last vote in the Ohio primary’s presidential nomination.

If Kasich loses in Ohio, he is expected to withdraw from the race for the White House immediately. But if he pulls off a win, he will stay in and could battle Trump for the party’s nomination until July.

Proof of the area’s importance: Both candidates made campaign stops through southwest Ohio this weekend as they vied for voters here.

Kasich talked with voters over pancakes and coffee on Saturday at the Sharonville Convention Center. Meanwhile Trump stopped in Dayton for a rally on Saturday and returned here on Sunday for a last-minute town hall meeting in West Chester.

“He realizes how important Ohio is,” Brad Johnson, a volunteer for the campaign and University of Cincinnati College Republicans president, said of Trump’s planned visits to the state. “If he can win Ohio, he will pretty much be the nominee.”

Suburban counties surrounding Cincinnati could prove pivotal for Kasich to win Tuesday, said Miami University professor Chris Kelley. Some Republican voters might need convincing to vote for Kasich. Others – especially those in Warren and Butler counties – believe Kasich is too moderate to earn their vote.

Warren and Butler counties are solidly Republican, but they’re also home to strong tea party movements and religious conservatives. Those voters might be more likely to cast a ballot for a candidate like Texas Sen. Ted Cruz.

Warren County, for example, sued President Barack Obama over the Affordable Care Act and declined to take certain federal funds through the stimulus package the president authorized. So it doesn’t sit well for some Republicans living in the county that Kasich expanded Medicaid under the Democratic president’s health care program.

“I don’t see any great enthusiasm for Donald Trump in this area,” Kelley said. “Because, in this area, Ted Cruz is likely to do his best – you have that strong tea party. Kasich’s relationship with Obamacare is problematic.”

Lori Viars made phone calls and sent mailers for Kasich to get elected in 2010. But Viars, who sits on the Warren County Republican Party’s central committee, said she’ll never vote for the governor again.

Viars believes the governor isn’t pro-life enough– despite his support of numerous bills that have curbed abortion access in the state – and disagrees with his support of Common Core educational standards as well as Medicaid expansion.

“Where I live, there’s a lot of support for Cruz,” Viars said. “Kasich and Trump have the most liberal record of the four Republicans that are left in this race.”

Cruz might also have an advantage in the southeastern part of Ohio, which has a high number of white, poor and religious voters, said Dan Birdsong, a political science professor at University of Dayton. Kasich, after all, only lost two counties in his 2014 gubernatorial race: Athens County - the poorest county in the state - and Monroe County. Both sit on the southeastern portion of Ohio.

“(It’s) much more economically disadvantaged, kind of like the Appalachian belt of West Virginia, and they are more evangelical in that area,” Birdsong said. “On the flip side, this is also the least populated region of the state.”

Kasich will need to rely on supporters in southwest Ohio to help him get votes on Tuesday, Kelley said.

“He needs to work his connection down here through Rob Portman, whatever is left of John Boehner, and really make sure he turns out the vote in large numbers here, than the eastern part of the state,” Kelley said.

Cincinnati suburbs like Butler and Warren counties are do-or-die for Kasich on Tuesday, University of Cincinnati professor David Niven agreed.

“Kasich needs to dominate those Republican counties -- not share their support with Cruz,” Niven said. “If Kasich can do that, he can win the state. If he can't, he'll be a full-time governor again come Wednesday morning.”

But it might not be worth Kasich’s time to campaign much in Warren County, where voters are ultra-conservative, said Johnson, the Kasich campaign volunteer.

“It’s almost not worth fighting because you can’t persuade them,” Johnson said.

Johnson believes Kasich will do well in Cleveland, Columbus and northeastern Ohio. But down here, he’ll need to fight.

The campaign will likely make extra door knocks and calls in Butler County, but ultimately, volunteers will have a laser-like focus on wooing Hamilton County voters to cast their ballot for Kasich.

“I would think most of the effort is going to be placed in Hamilton County,” Johnson said.

Kasich hasn’t planned extra visits to the Cincinnati area, though. He’s crisscrossing around the state until Tuesday – traveling to small towns like Heath and urban areas like Akron.

“He’s really all over,” Borges said of Kasich’s campaign strategy in Ohio. But, Borges doesn’t deny the battle could come down to southwest Ohio.

“Look, there’s not doubt that we’re going to be in a close race with Donald Trump,” Borges said of the region.