Here's how the Kroger Co. will spend its tax windfall on employees 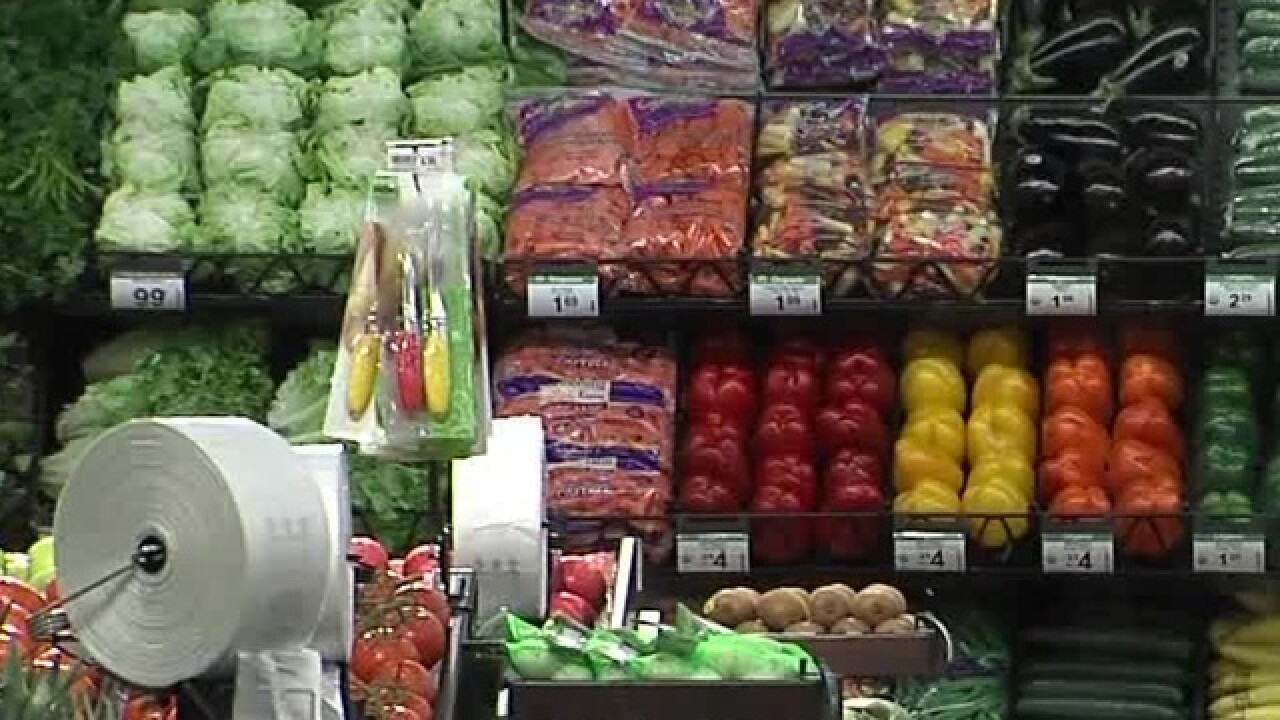 Copyright 2017 Scripps Media, Inc. All rights reserved. This material may not be published, broadcast, rewritten, or redistributed.
Lot Tan | WCPO

UPDATE: The United Food and Commercial Workers Union Local 75 reports a new contract with the Kroger Co. was approved by a 76 percent margin Thursday. The deal gives Kroger employees the highest starting rates in the region and provides "affordable healthcare options" and "a retirement structure for all eligible members," according to a post on its website.

CINCINNATI - Kroger Co. employees in Cincinnati and Dayton have approved on a new contract that increases the company’s starting wage to at least $10 an hour with an “accelerating rate progression” that boosts pay to $11 per hour after one year of service.

Kroger Chief Financial Officer Michael Schlotman told investors Thursday a new tentative deal with the United Food and Commercial Workers Local 75 could be a model for other markets.

“We have several major negotiations in 2018, including contracts with the UFCW for store associates at Smith's in Albuquerque, Fred Meyer in Portland and Kroger stores in Richmond and Fort Wayne,” Schlotman said. “Our objective in every negotiation is to find a fair and reasonable balance between competitive costs and the compensation packages that provide solid wages, good quality affordable healthcare and retirement benefits for our associates.”

Kroger told investors that it will save about $400 million a year because of the tax reform package that President Donald Trump signed in December. It will spend a third of that money on employees, including higher starting wages at the bottom of its pay scale and more jobs to fuel the growth of its ClickList service for online orders that are picked up in stores.

But one thing that won’t flow from tax savings is employee bonuses.

“We think that’s temporary. It gets a big headline and is somewhat fleeting,” Schlotman said. “We’re trying to make our investments in things that will drive retention and morale over the longer term.”

Kroger CEO Rodney McMullen said the company is developing an “industry-leading education offering” because employees told the company it’s important to them.

“As our associates gain skill, they will be more productive in terms of their day-to-day influence on Kroger and also I help them move from a job to a career with us,” McMullen said. “As all of us know, people are increasingly worrying about college debt and the debt they take on and this in a small way will be helpful for associates as well.”

In addition to employee investments, Schlotman said Kroger will spend a third of its annual tax savings on growing the business with "improved services, lower prices and added convenience." The remaining third will flow to the bottom line, benefiting shareholders.

Prior to the new contract, Kroger's starting pay in Cincinnati and Dayton was Ohio's minimum wage of $8.30. Walmart announced in January that it would boost its minimum pay to $11, same as Target, which vowed in November to boost starting pay to $15 by 2020. Fifth Third Bank and First Financial are among several local banking competitors who bumped starting pay to $15 in announcements tied to tax reform. Amazon offers a $14 starting wage for part-time sortation employees in Hebron, Ky.

"Starting wages vary by geographic regions and industries," said Kroger spokeswoman Kristal Howard. "In the Cincinnati region, many grocery retailers are at $11 per hour. Kroger focuses on total compensation, which includes wages benefits and other rewards."