Everyone wants a piece of Kroger 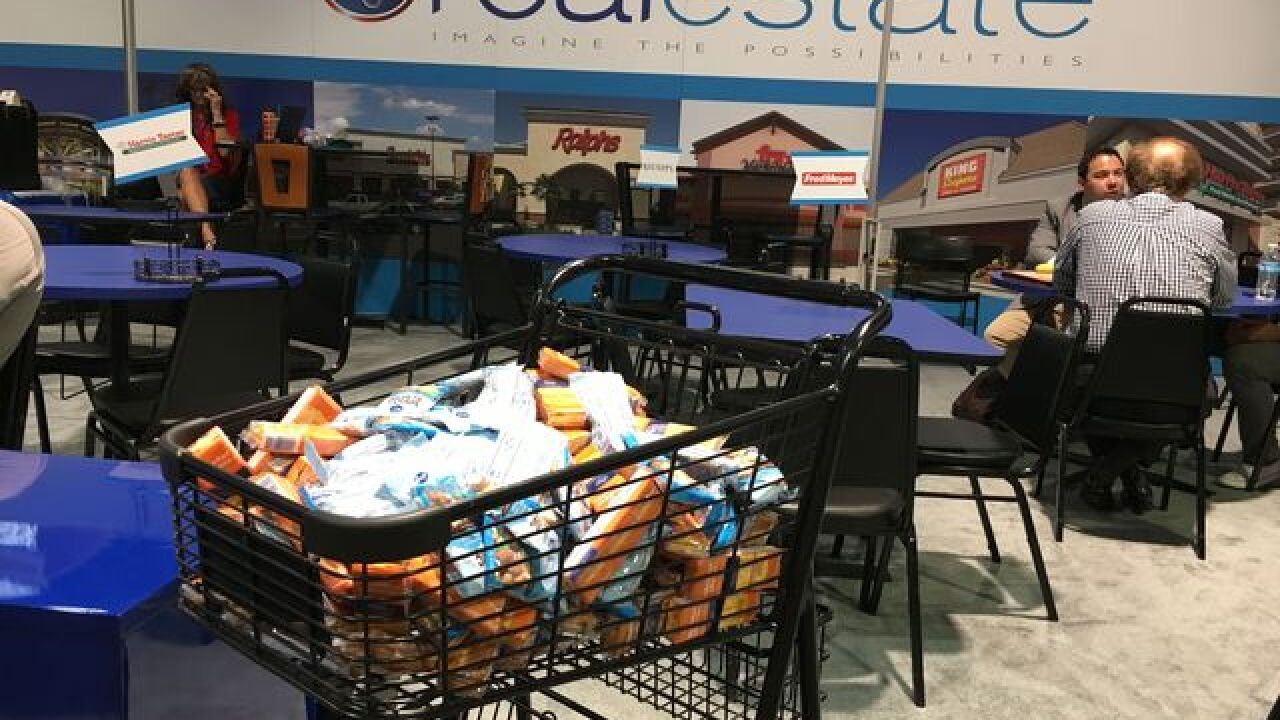 LAS VEGAS - With a capital budget of more than $4 billion and a project list of 100 new and remodeled stores, the Kroger Co. booth was predictably busy at the International Council of Shopping Centers RECon 2016 event in Las Vegas this week.

“Everybody out here at the convention is working on our pipeline to make sure that we’ve got a steady inventory of projects,” said Nick Hodge, vice president of corporate real estate at Kroger. “I always tell my team I want to be working on twice as many things as what we can really afford to do so that we have the patience to let some projects mature and execute on the ones that we’re doing now.”

Kroger’s booth at ICSC was chock full of developers, brokers and city officials who were pitching sites to the 60 Kroger real estate executives attending the show. It’s a no-frills booth with wall-to-wall seating and Kroger crackers and trail mix offered to those waiting their turn to pitch a lease deal, propose a Kroger-anchored development idea or purchase surplus properties from the 2,700-store grocery giant.

“The development community spends a lot of time in the spring getting ready to come out to this convention,” Hodge said. “There’s a lot of optimism out here. It’s always great to get back and continue those conversations and see what’s real. But I’ve always found in my 15 years coming out here that there’s at least one if not more great projects that physically come out of being here.”

Kroger spent $3.3 billion on capital expenditures in 2015. This year, it’s forecasting an increase of up to 33 percent, or $4.4 billion. In the Cincinnati area, a $200 million capital program has led to new Kroger Marketplace stores in Oakley, Dent and Colerain Township.

“We’ve received 34 letters of intent over the last year” for six new retail spaces that will be available on the site, Ohnmeis said. “It’s just insane. We took that to market at some of the highest rates in the city, next to Kenwood Towne Centre.”

Hodge said the give and take between developers, brokers and company executives helps Kroger understand what’s the best location for new store investments. That market knowledge is supplemented by Kroger’s data analytics and a return on invested capital threshold that every new project must meet.

Hodge is a 15-year Kroger veteran who was promoted to his leadership role last August. He’s been looking for ways to reduce the time it takes to bring an approved project to completion, but otherwise hasn’t made any changes to the real estate unit.

“We’ve had such strong management in this department for such a long time that, you know the disciplines and practices don’t need to be changed,” he said.