Here are the changes this Cincinnati City Council will bring 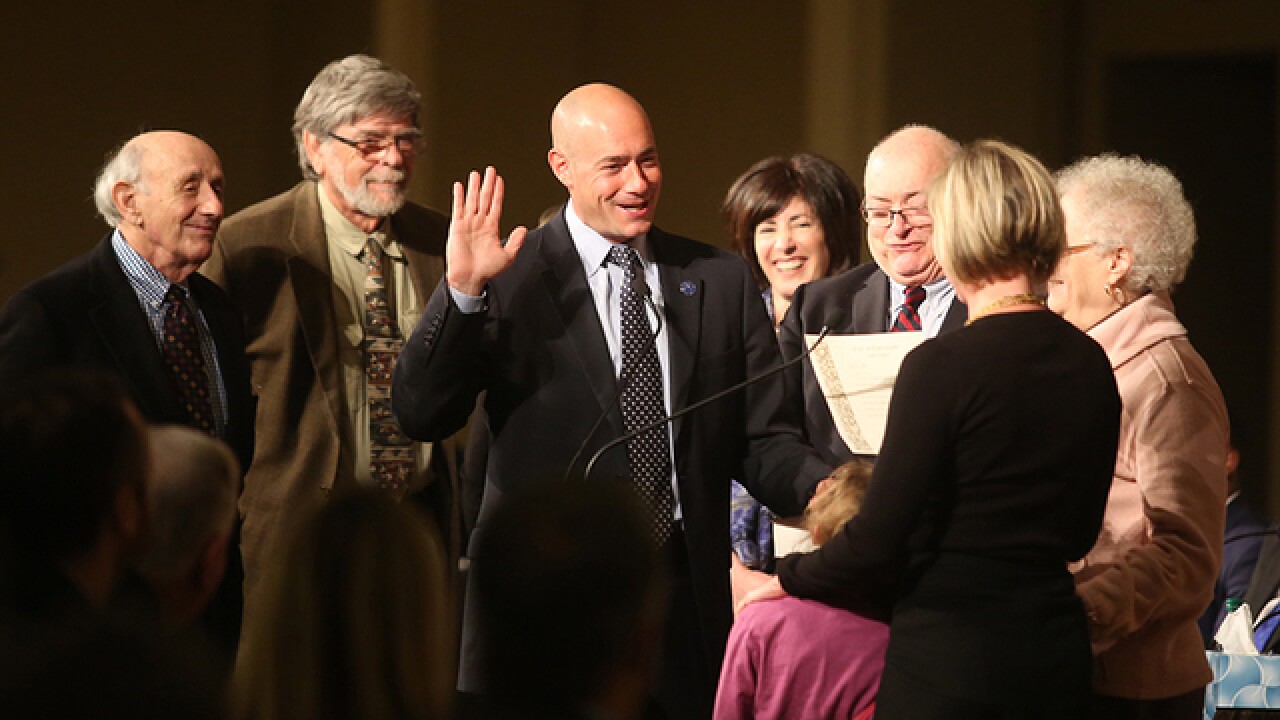 Copyright 2018 Scripps Media, Inc. All rights reserved. This material may not be published, broadcast, rewritten, or redistributed.
<p>Cincinnati city councilman Greg Landsman takes the oath of office as he is sworn into office during the 2018 City of Cincinnati Mayoral and Council Inaugural Session at Cincinnati Music Hall ballroom on Tuesday, January 2, 2018. Photo by Leigh Taylor</p> 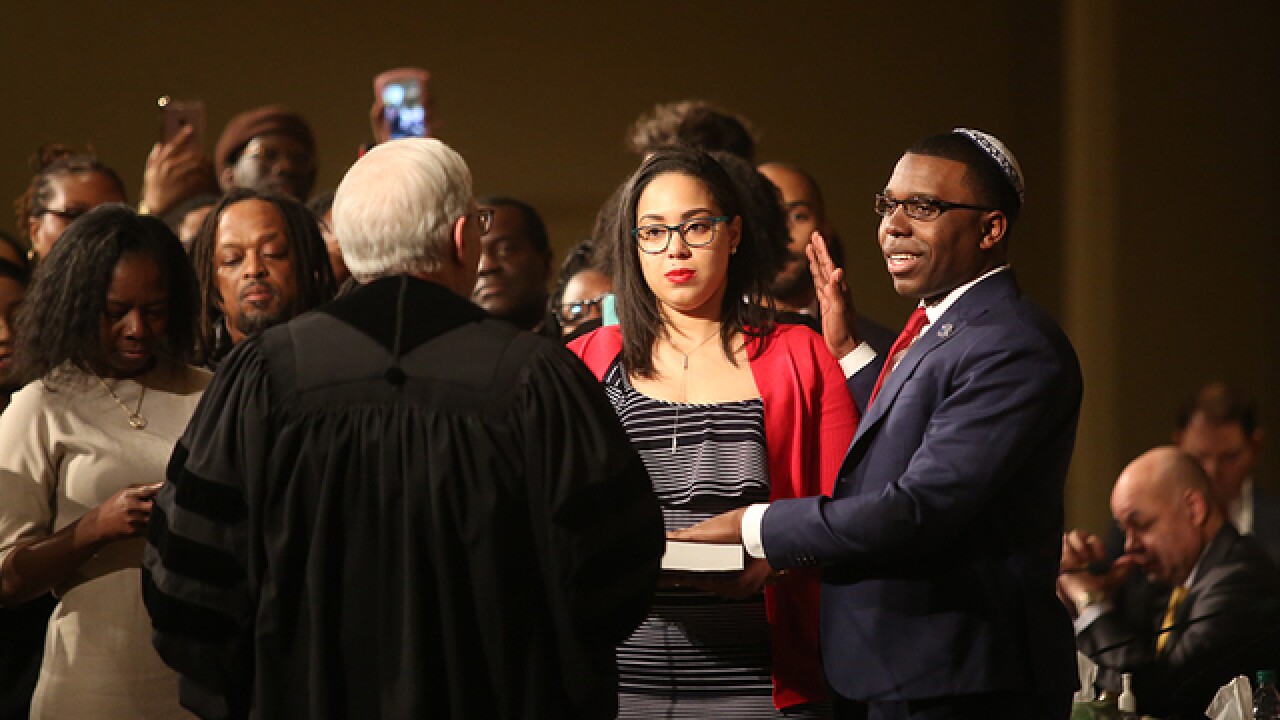 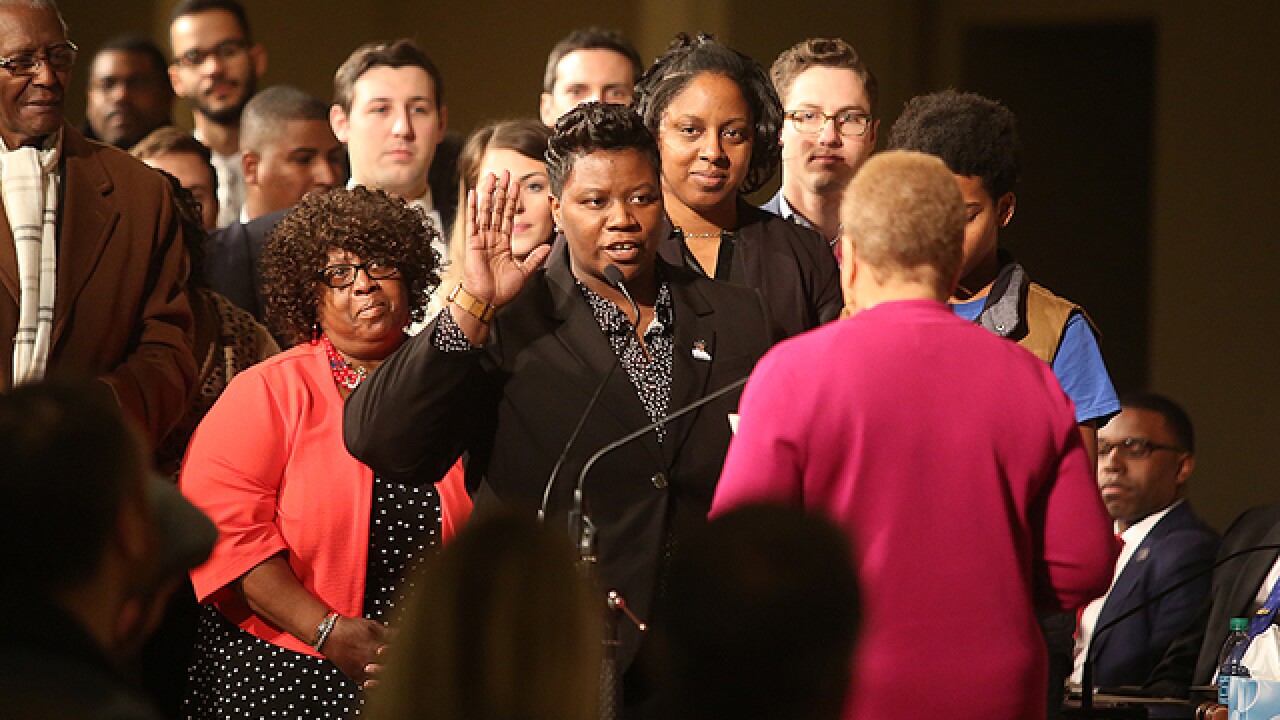 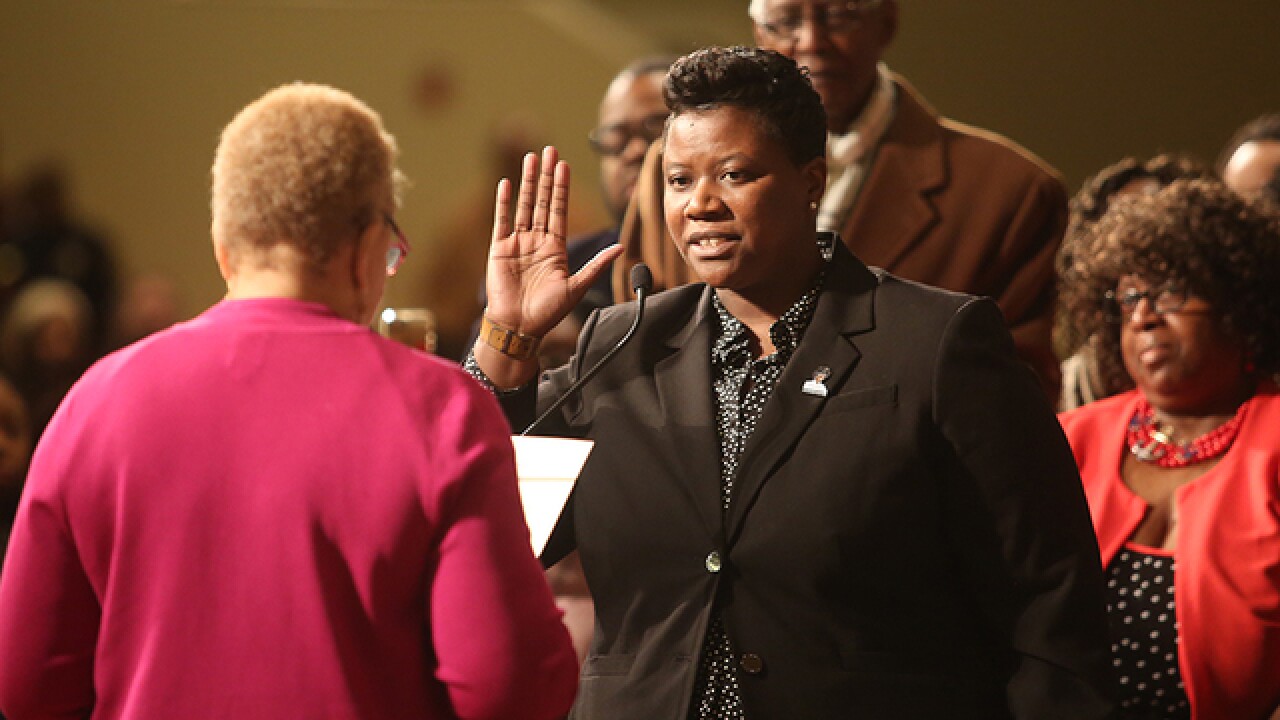 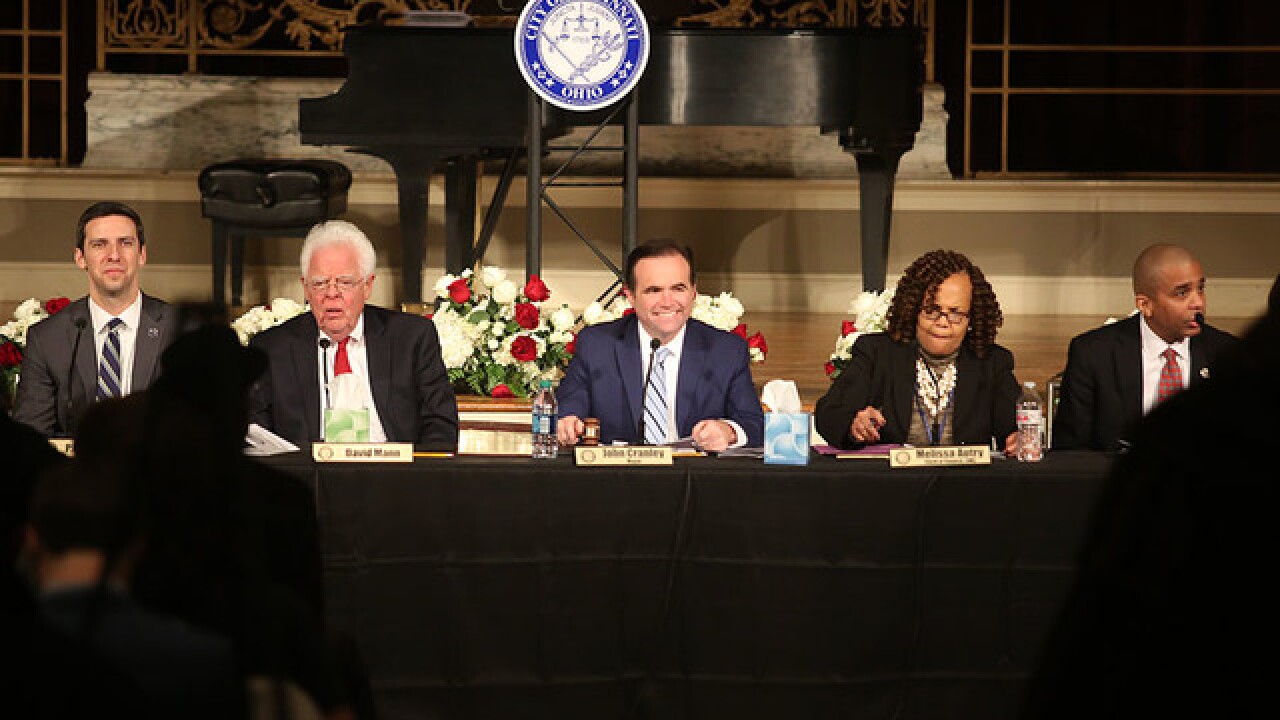 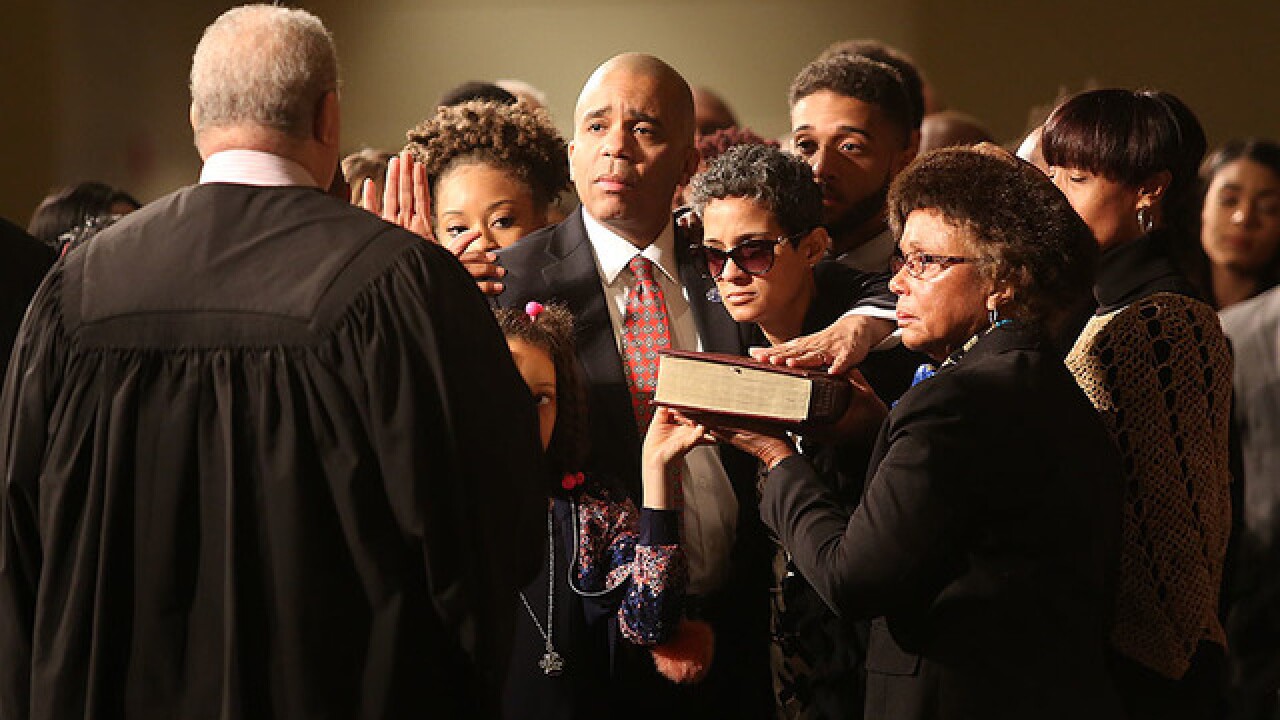 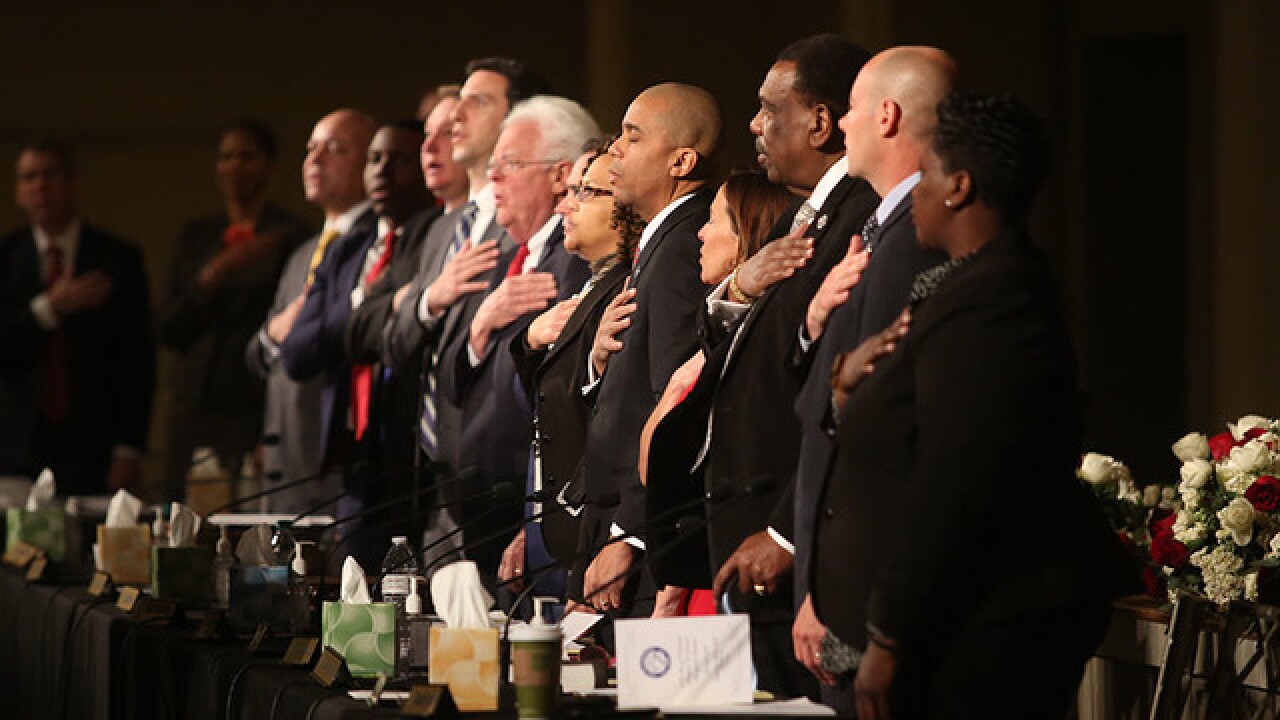 And for years, the public watched as bickering became commonplace at city council meetings.

But this newest Cincinnati City Council, elected in November and set to be sworn in Tuesday, is vowing to put an end to infighting at City Hall in 2018.

“People were tired of the fighting,” Pastor said, describing what he heard from voters during his campaign last year. “We went all over the city and heard this from all walks of life.”

Pastor, Landsman and Dennard are all promising more cooperation at City Hall.

So today could be the start of just another failed New Year’s resolution -- or a genuine reset for council.

“This council is different from the previous council in some pretty substantial ways,” said Jared Kamrass, a political consultant who worked on election campaigns for both Cranley and Landsman this fall.

“There will be a lot less sniping and tribalism,” Kamrass added. “We’ll see more fluid collaborations on issues than the last four years.”

For Cranley, especially, the new council could be a welcomed change from the last four years.

Two of his biggest critics -- Yvette Simpson, who mounted a bid against him for the mayor’s job, and Charlie Winburn -- no longer hold council seats.

With Simpson off council, however, Seelbach and Young might be forced to work with the mayor to push through any legislative achievements.

“I actually think they will all work with the mayor,” Winburn, who was term-limited and did not run for re-election, said of the new council. “John is a little older than some (new council members) and I think John will have to reach out to them a little bit more, to build a better relationship with them.”

Cranley said in a radio interview last month that he met Seelbach over lunch shortly after the election. It was the first time the two had met privately in years.

Cranley told WCPO in a November interview that he hopes the divide between himself and some council members soon dissolves.

“What I do hope is that their obstinacy will end, and we can work collaboratively,” Cranley said. “I think the public is served better when we all work together; whether we agree or disagree on an issue, here or there, is no big deal.”

Don’t expect him to jump on a keyboard to rattle off complaints, he added.

“I do not believe you can govern by tweet or Facebook post,” Landsman said. “Governing requires the hard work of problem solving with lots of people and working through the details until you get to a solution that really works."

What will they agree on?

All three new council members told WCPO in separate interviews that they want to re-envision the bus system and other transit services the city currently provides.

“Right now, we have buses that don’t show up for people,” Dennard said. “Some of the things that need to happen require new money. However, there are a lot of things, as it relates to inefficiencies, routes, that we can work on right now.”

Transportation is a big, complex issue that will take years, increased taxes and several pieces of legislation to change.

But these three new members don’t shy away from talking about their “big picture” or “pie-in-the-sky” ideas.

Reducing poverty and tackling the heroin epidemic are other issues Dennard, Landsman and Pastor say they’re ready to take on.

“Greg and I are alike in that we are progressive, but we’re big-picture thinkers,” Dennard said. “I think our approach is going to be refreshing to people.”

It’s easy for any political newcomer to talk a big game about solving some of the city’s most pervasive problems.

Will they have actually made progress four years from now?

Political watchers say if these new members do bring a more collaborative spirit to council’s chambers, it could go a long way to alleviating some of the region’s biggest problems, such as poverty and affordable housing.

Kamrass, the political consultant, believes this council’s areas of focus will be much more diverse and more work will get done.

“In the past four years you didn’t see a ton of leadership coming out of council on difficult issues. I think you’re going to see this council do a lot more to drive issues and drive policies than you have before.”

Landsman, for example, points to his success with convincing voters to pass the $15 million Preschool Promise levy, which launched this year and is paying for hundreds of the city’s 3- and 4-year-olds to attend preschool.

Citywide preschool expansion was once considered a Cincinnati pipe dream, too.

“Ultimately, people expect us to get things done,” Landsman said.