More than 40 groups on the riverfront June 2-4 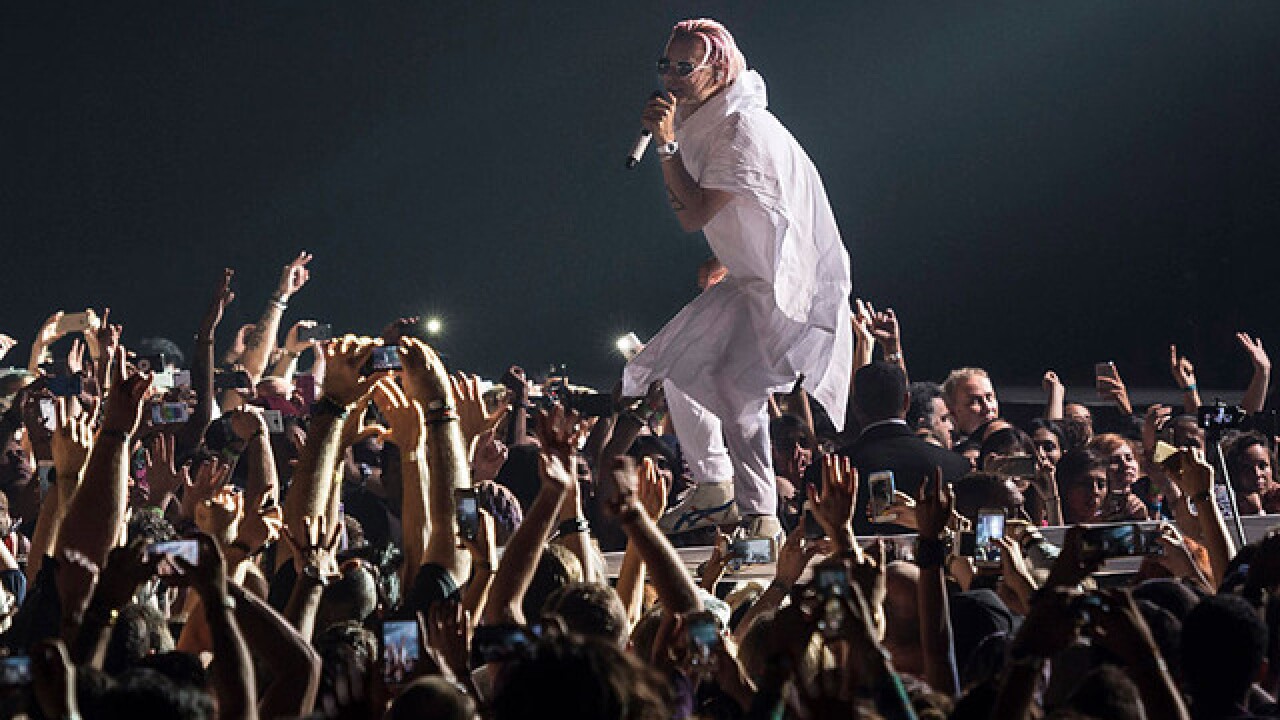 CINCINNATI -- The sixth annual Bunbury is upon us this weekend, and – as is the case every year -- it's time-consuming to wade through the 40 or so acts playing throughout the three-day music festival.

Besides the obvious headliners, which ones should you check out?

One of the joys of a music festival is discovery: for example, you can come to the festival early to see the first performers of the day and take a chance on a band you don't know much about.

So to help you set your schedule, here are nine band picks that should make your Bunbury experience more tuneful and exciting.

If you like Nirvana and Tom Waits, try … July Talk.

In their home of Canada, the quintet is huge -- their single "Push + Pull" was No. 1 on the Canadian Alternative Radio charts for more than 12 weeks last summer. That song isn't what you expect. It starts out like a typical indie-pop song and then quickly devolves into a shredded blues-rock anthem. Their brash music will surely be a highlight of a languid Friday afternoon. (3 p.m. Friday, Sawyer Point Stage)

If you like early U2, or the drumming of Muse and Radiohead, try … the Civil Twilight.

South African lead singer Steven McKellar's voice oscillates between young Bono and Radiohead's Thom Yorke. If you're in a rock band, those are two good influences to have. McKellar plays the piano on "Letters in the Sky," which could easily pass for a Radiohead track. Though McKellar might be stationed at a piano for a few songs during the set, he and his bandmates do know how to blast a serious sound into the atmosphere. (4:45 p.m. Friday, CVG River Stage)

If you like Death Cab for Cutie, try … the Shins.

Sometimes it's difficult to differentiate between the two bands. They both hail from the Pacific Northwest. They both became sensations around the same time (Death Cab in 2003, the Shins in 2004). A lot of their music bends toward the sentimental side, and they've both managed to stay relevant in a world where indie-rock has blurred and become more of a brand than a sound. James Mercer and the Shins released a new album this year called "Heartworms," and it proves that Mercer still knows how to write effective songs. (6:30 p.m. Friday, Sawyer Point Stage)

Composer Ellis Ludwig-Leone integrates horns, female vocals and a large cast of musicians into his songs, such as "Sonsick," which sounds similar to fellow Brooklynites and collectively the Dirty Projectors. Three years ago, when San Fermin played the Woodward Theater, they wowed the audience with their joyful and orchestral music, especially when covering the Strokes' "Heart in a Cage." (4:30 p.m. Saturday, Sawyer Point Stage)

If you like Phoenix, Broken Bells, Passion Pit and synth-pop, try … VHS Collection.

The New York City trio, composed of childhood friends, describes their music as "dark disco rock." That label is evident on their new song "Wide Awake." Their music contains enough slick grooves to get the crowd dancing -- unless the audience is dead inside. VHS self-released a couple of EPs, but this summer they'll drop their first full-length, so expect to hear more from them. (4:45 p.m. Saturday, CVG River Stage)

You can also watch VHS Collection live in the WCPO Digital Lounge on Sunday.

If you like Halsey and Tegan and Sara, try … Hayley Kiyoko.

The actress/ice skater-turned-pop-songstress has only released three EPs, but she's not a newcomer to music. One thing that separates her from the rest of the mainstream female pop field is that she's openly gay, writing songs about girls ("Girls Like Girls") and creating Sapphic videos that appeal to her gay fanbase. (5:45 p.m. Saturday, Nissan Stage)

If you like dancing the cha-cha, emojis, dogs and twerking, try … D.R.A.M.

The Virginia rapper has had a great year so far. In January, his song with Lil Yachty, "Broccoli," was nominated for a Best Rap/Sung Performance Grammy. (Alas, Drake won.) D.R.A.M. collaborated with Gorillaz in April on the songs "We Got the Power" and "Andromeda," one of the best tracks from the band's album "Humanz." But if you need more reasons to like D.R.A.M., just look at the album cover for "Big Baby D.R.A.M.," which features the grinning rapper hugging his goldendoodle pup, Idnit. (6:30 p.m. Saturday, Sawyer Point Stage)

If you like Heartless Bastards and Chrissie Hynde, try … Time Cat.

Jeri Sapronetti and Erika Wennerstrom both share deep, bluesy voices that make windows tremble, and they're both from Ohio. Akron trio Time Cat, an acolyte of fellow Rubber City native Chrissie Hynde, got the boost of a lifetime when they opened for the Pretenders last year. Just because Time Cat plays early on Sunday (2 p.m.), don't ignore them. They're one of the only female-fronted bands playing on a rather male-dominated bill -- and they're pretty good to boot. (2 p.m. Sunday, CVG River Stage)

If you like the Joker, beards and Jordan Catalano from "My So-Called Life," try … Thirty Seconds to Mars.

When Jared Leto isn't winning an Oscar or playing the Joker in "Suicide Squad," he performs in his band, Thirty Seconds to Mars. At Lollapalooza one year, he climbed atop a 40-foot scaffold while singing into his mic. (It was wireless.) The trio's music could be compared to current tourmates and loud rockers Muse, but you're really at Bunbury to watch Leto (and his brother Shannon) light up the stage, swoosh manes of hair around and possibly scale the scaffolding like Spiderman. (7:45 p.m. Sunday, Nissan Stage)