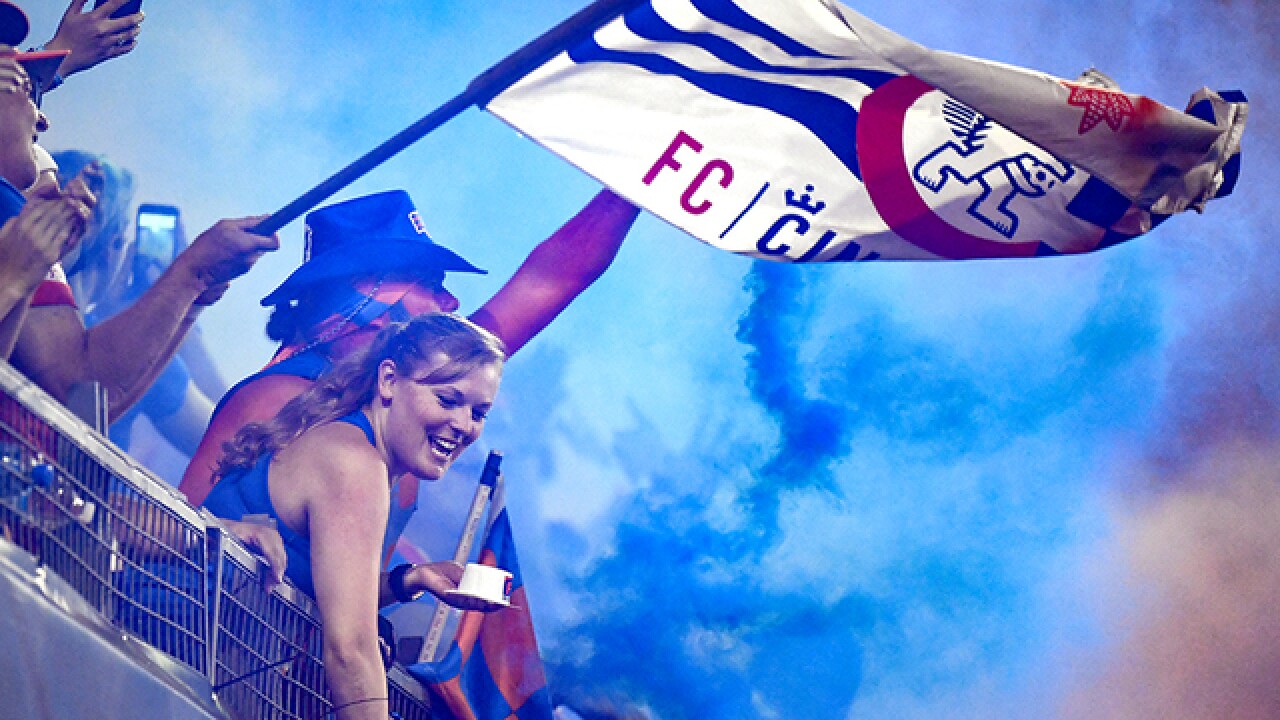 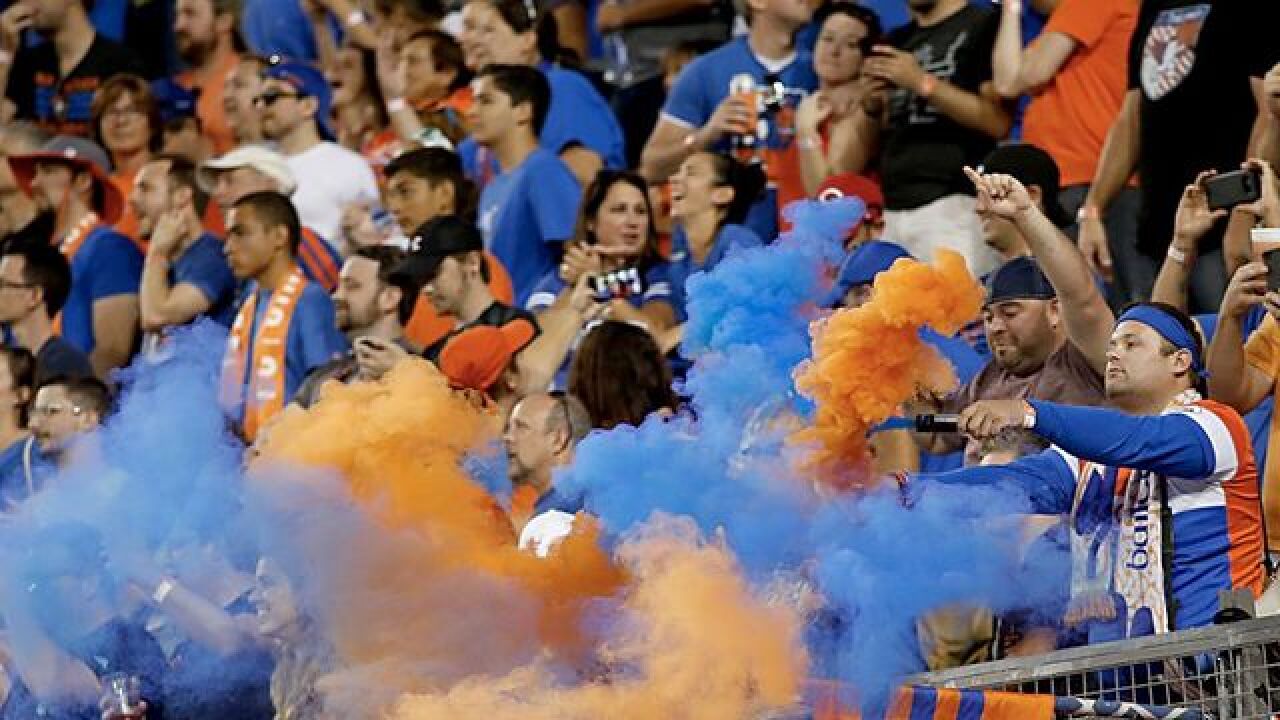 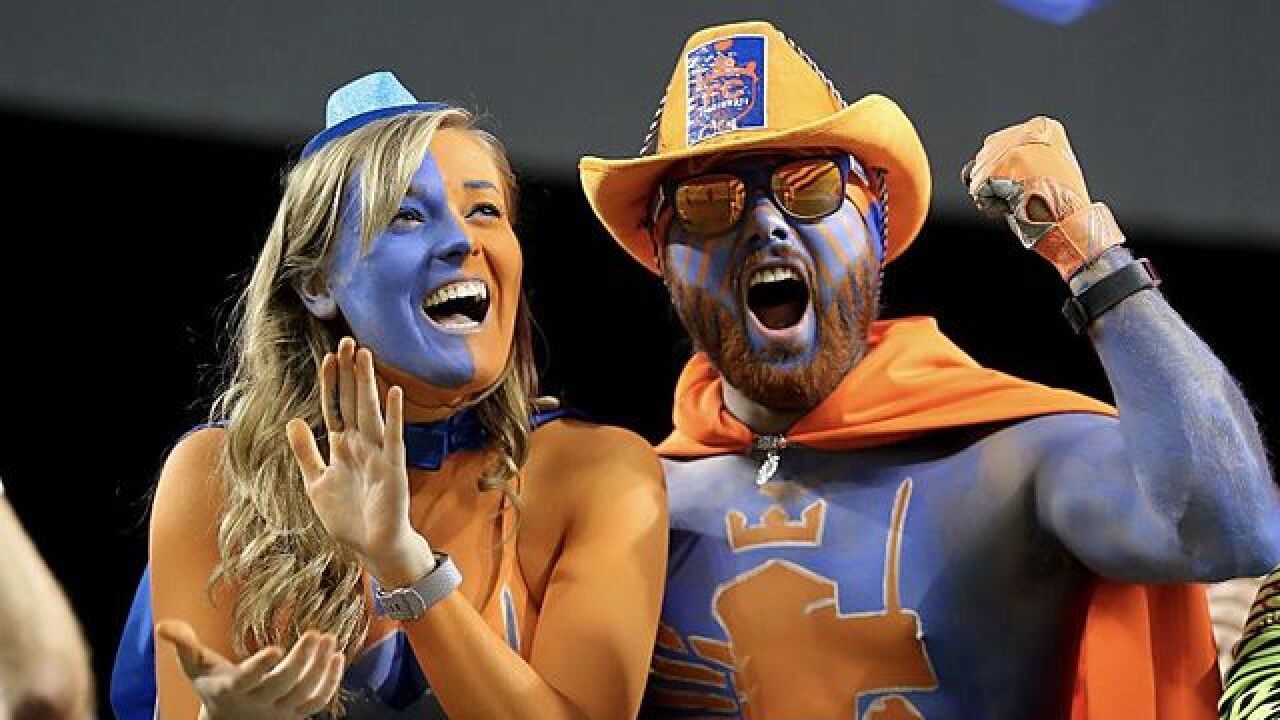 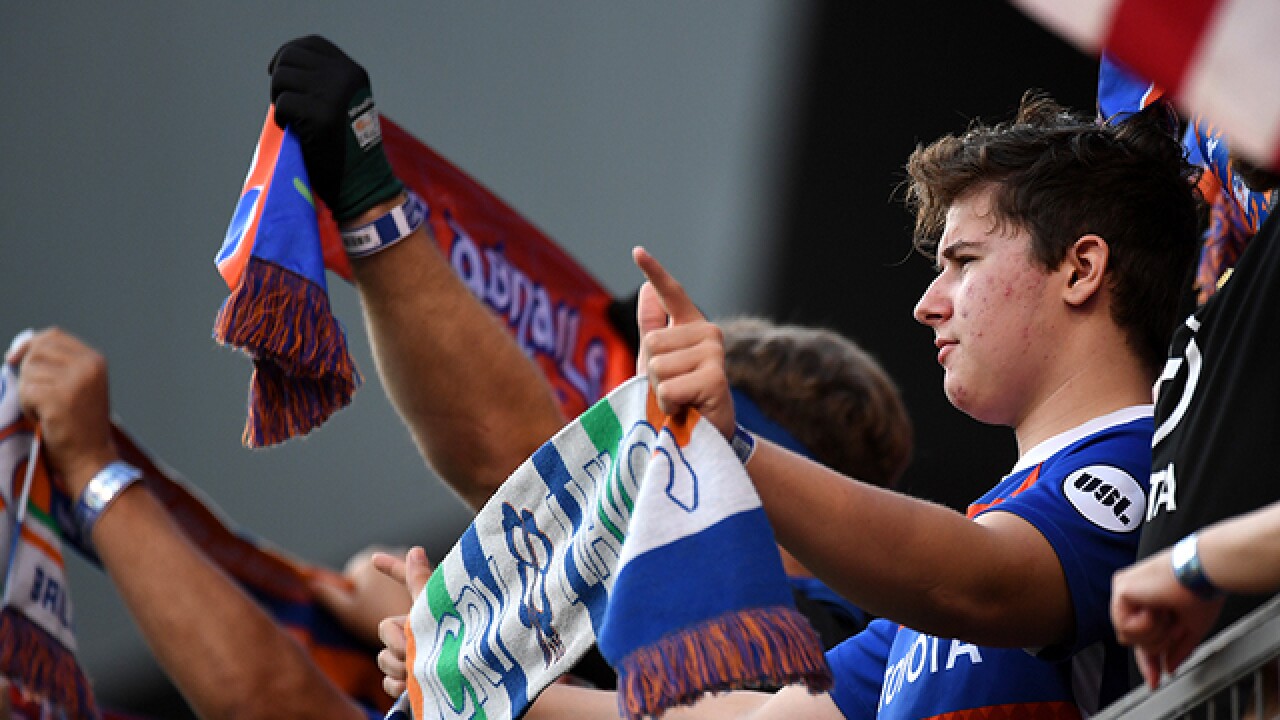 A sellout crowd of 32,500 fans will be cheering, singing and chanting at the first MLS game at Nippert Stadium, where the Orange and Blue host MLS Cup finalists Portland Timbers at 5 p.m.

To prepare for the event, here are the top 9 things fans need to know before heading to the stadium:

Any of the spots around the University of Cincinnati campus should be hopping Sunday, especially given that it’s also St. Patrick’s Day. But the two best spots to find lively FCC fans are Mecklenburg Gardens and Top Cats. Mecklenburg Gardens is where the Die Innenstadt supporters group meets on home match days, and Top Cats is the gathering place for The Pride members. They both invite non-members to join in the pre-game festivities, and anyone is free to jump into their march to Nippert about an hour before kickoff.

RELATED: Didn't get tickets for the game? Here are our top 9 places to watch FC Cincinnati's home opener

Other supporters groups meet at brunch spot Hang Over Easy on Charlton Street (The Bridge and The Briogaid) and Mio’s Pizzeria (Queen City Firm).

Season parking passes are sold out, so unless you’ve already purchased one of those, plan to spend $15 in one of the four cash garages available to fans – all of which are to the west or north of Nippert Stadium.

Word to the wise: GET THERE EARLY. “All fans are also strongly advised to plan accordingly for a capacity crowd and arrive and park as early as possible,” according to a club news release.

Kids will want to head to Sheakley Lawn for some fun activities, including the new Striker Challenge, where young fans can test their soccer skills and accumulate points each match. Season-long standings will be posted on the stadium videoboard each halftime. You can get to this area only through the Gate 2 entrances off Corry Boulevard.

Since the game takes place right around dinnertime, you might want to check out some of the expanded concessions options this year. Get some of your hometown favorites, like Frisch’s, Skyline and LaRosa’s, or try the loaded nachos with shredded beef or chicken, available behind Section 213. If you want to save some money, go for the value menu available behind Section 213. Find $2 selections such as hot dogs, popcorn, cotton candy and soda, plus a $5 domestic beer option.

Frisch’s now has two locations in the stadium -- one on the East Plaza and the other in the Stadium View Cafe behind Section 133. Menu items include a Big Boy with fries, fish sandwich (seasonal), four-piece chicken tenders, mac n’ cheese, hot fudge cake and strawberry pie baby (seasonal, only at Stadium View Cafe location).

Skyline, which made its debut late last season, returns behind Section 118 on the West Concourse, where you’ll find coneys and a $5 kids meal with hot dog, 12-ounce drink and chips.

LaRosa’s is new behind Section 101 on the Northeast Concourse, offering cheese and pepperoni by the slice or whole.

Fans can find traditional stadium fare throughout the stadium, including burgers, popcorn, ice cream and more.

Expanded pregame firework and pyrotechnic elements, presented by Rozzi Famous Fireworks, will light up each home game in 2019, similar to what you might find at a Cincinnati Bengals game when the home team is introduced.

On Sunday, in recognition of FC Cincinnati’s move to MLS, a ceremonial FCC flag will rise above the south end of Nippert (the horseshoe) prior to the game. The flag will fly above the stadium every game this season. Fans are asked to raise their jersey towels for a commemorative photo while the flag is raised. Fans can also purchase a separate special panoramic photograph of the stadium, which will be taken in the 30th minute.

Team FastTrax, a professional skydiving team, will deliver an American flag onto the field, and Cincinnati-born recording artist Lauren Eylise will perform the National Anthem. And watch for the McGing Irish Dancers to perform at halftime.

6. Where to buy merchandise

Be ready to stand in a line. But the process runs pretty smoothly if you have an idea of what you’re looking for and have your payment readily on hand.

7. What not to bring

Before you head to the stadium, be sure you are not carrying any of the following items, which are prohibited:

Aerosol cans, alcohol or illegal substances, backpacks (draw-string bags are accepted), balloons and beach balls, cameras with lenses or lens attachments over 6 inches (tripods and camera battery packs), confetti, coolers or ice chests, drones, fireworks, flares or smoke bombs (with the exception of recognized Supporters Groups), hover-boards or birds, large bags and purses (limit: 14"x14"x6"), laser pointers, masks (unless worn in your seat only; they must be removed when leaving your section), metal or glass containers of any kind, noise-making devices (such as whistles, air horns, vuvuzelas), outside food and beverages, poles to display banners, flags, etc., pets (except certified service animals), selfie sticks, signs/banners larger than 2 feet by 2 feet (or any other items that can obstruct other fans’ views, except tifos when arranged in advance with the club), strollers or baby seats in the stands or left in section entrances, open umbrellas in the seating bowl, video or recording devices (professional cameras with tripods and battery-pack capabilities) and weapons of any kind (knives, pepper spray, stun guns, concealed weapons, or firearms).

Security also has the right to deem any item inappropriate or dangerous.

8. What to expect on the field

FCC (0-1-1) is coming off a 1-1 draw against reigning MLS Cup champion Atlanta United on Sunday and looked much more organized in that game than in its 4-1 loss at Seattle in Week 1. New loanee Kenny Saief came on in the 73rd minute and provided an instant lift to the offense, eventually finding Roland Lamah on a run into the box for the equalizer. He could make his first start Sunday.

Left back Greg Garza also could see an increased role after entering in the 71st minute for his first action with FCC. Garza missed the entire preseason with a quad injury suffered during U.S. men’s national team camp in January.

Portland (0-1-1) was the MLS Cup runner-up last year and won the title in 2015 with current FCC striker Fanendo Adi and right back Alvas Powell on those squads. The Timbers opened with a 3-3 draw against Colorado Rapids in a snowstorm and lost 4-1 to Los Angeles FC in Week 2.

FCC carried over 11 players from last year’s United Soccer League regular-season championship team that many fans will remember, including Adi and Fatai Alashe, who were loanees from MLS, and Corben Bone and Jimmy McLaughlin, who were members of the original FCC team in 2016. Left back Blake Smith has since been released.

McLaughlin is out for the year with an ACL tear, but Bone has been in the available 18 the past two weeks, even getting a start in the opener at Seattle. Goalkeeper Spencer Richey got his first start Sunday in a 1-1 draw at Atlanta and came up big after giving up an early goal to the league’s leading scorer last year. Forrest Lasso and Emmanuel Ledesma were on the bench at Seattle in the opener, while Nazmi Albadawi and Justin Hoyte are yet to make the gameday 18. Emery Welshman is out on loan.

Cincinnati native and Lakota West High School graduate Nick Hagglund makes his home debut in front of his hometown crowd, coming off an MLS Team of the Week performance at Atlanta. Hagglund and captain Kendall Waston create a big road block at center back.

Other newcomers who have impressed so far include midfielders Leo Bertone (scored the first MLS goal for FCC) and Allan Cruz, Lamah and Kekutah Manneh.