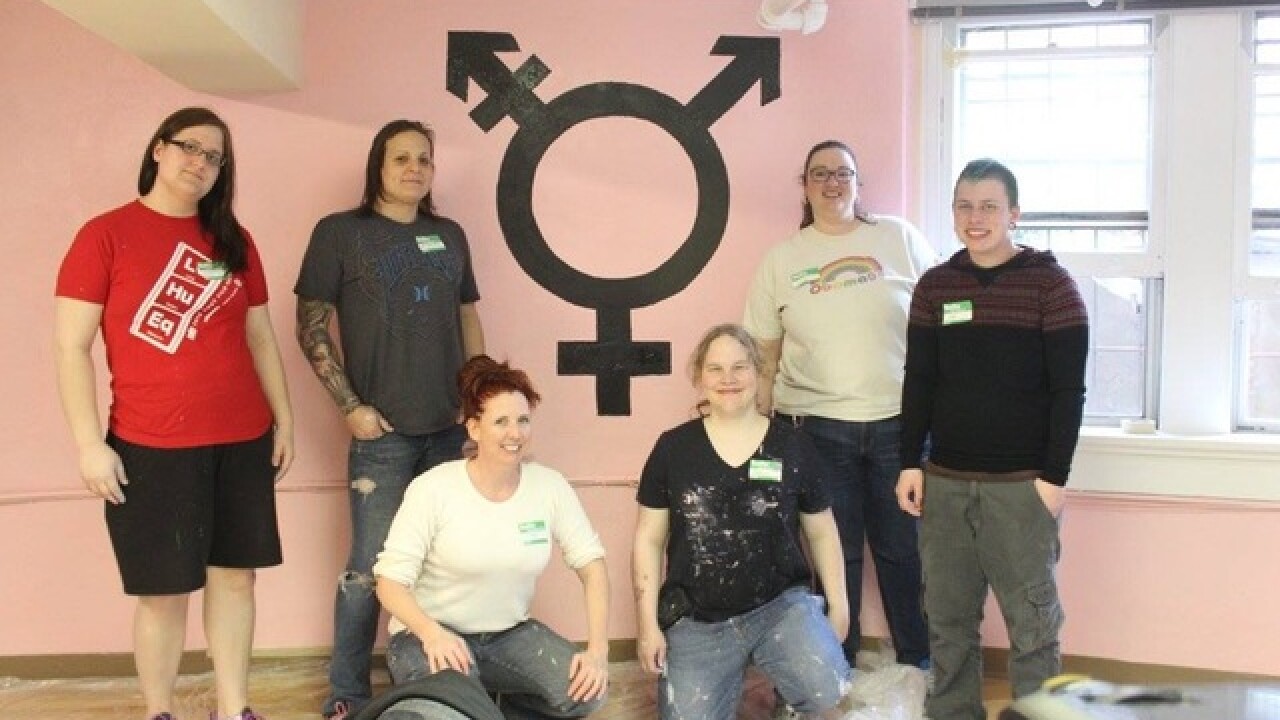 Jonah Yokoyama is a registered nurse and the director of the Heartland Trans Wellness Center, which is set to make its public debut within the next few days.

During the past five years, while Yokoyama worked at his day job as a pediatric nurse, he has counseled and tried to find medical solutions and referrals for more than 1,000 people who do not fit in society’s stereotypical boxes.

Yokoyama is passionate about peer support because he knows firsthand what being transgender is like.

“I experienced what it’s like to go through this journey in isolation and without organizations like Heartland to help,” Yokoyama said. “Unlike many kinds of minorities, trans people don’t have a natural gathering point. For instance, many racial, ethnic or religious minorities often have a neighborhood or a place of worship that brings them together.”

Heartland Trans Wellness Group has been around since 2007 in the form of smaller programs, but this is the first time it will have a leased "home" that will be open to the community.

Though it's located at the Mt. Auburn Presbyterian Church, the Heartland Wellness Center will be a secular space.

“The church was thrilled to have them as a space sharer because we believe they are offering necessary and essential resources to the community, something that was needed for a long time,” said Barb Tesorero, interim pastor. “And they are offering services they are uniquely postured to provide, which the trans community will really benefit from.”

Tesorero emphasized that the church routinely leases out “secular” spaces to three nonprofits that reflect the growing needs of the community: the League of Women Voters, Community Shares of Greater Cincinnati and Woman's City Club.

At first, the center will have scheduled programming and events, but as its capacity and volunteer participation increases, Heartland will offer drop-in hours and more services, such as case management and basic medical services.

One of the main goals of the center is to provide a safe space for LGBTQPIA youth and adults who seek a sense of community, support, food, hygiene products or service referrals.

To have a place where trans people can connect is essential because, as Yokoyama explained, minority groups tend to cluster in one geographic location.

“Trans people pop up here and there, and unless there is a real effort to create spaces for them, they often only have the Internet to turn to meet people like themselves,” Yokoyama said.

That’s why Heartland will have things like game nights and social events so that its members can connect, network and build a community. Yokoyama estimated that there are roughly 6,000 transgender people in the Greater Cincinnati area.

Yokoyama said there are many misconceptions about transgender people and a general misunderstanding about the difference between gender identity and sex.

“Gender identity is between our ears, it cannot be seen. Gender expression is what we can see and hear,” he said. “Sex is the genetic, biological and anatomic makeup of our bodies. Being transgender has nothing to do with sexuality. A trans person can be straight, gay, bisexual, pansexual, asexual — any sexuality we can be.”

He urged compassion, empathy and education to help bridge that gap of understanding.

“Just the basic things like asking the person what their pronouns are and what name to call them can make a huge difference,” he said. “When people are able to be their authentic selves, they tend to blossom.”

Sarah Painer, a licensed social worker in the teen health center transgender program at Cincinnati Children’s Hospital, has worked with more than 450 patients for three years now. Children’s is a community partner for Heartland and collaborates in the caring of young patients.

She said that people do not understand transgender members who face “unimaginable struggles that are not visible on the outside.”

“They are wonderful human beings, and they deserve the same care, respect and access to resources that everyone else has,” Painer said.

She also said that the area is seeing a “definite rise” in the number of transgender people who are coming out.

However, she does not believe that the famous Caitlyn Jenner story is truly representative of what the average transgender person’s journey is about.

“The people we work with do not have the kind of resources Jenner had access to,” Painer said, adding that she hopes education will take away many of those misunderstandings people have about the transgender community.