Invention takes some of the pain out of chemo 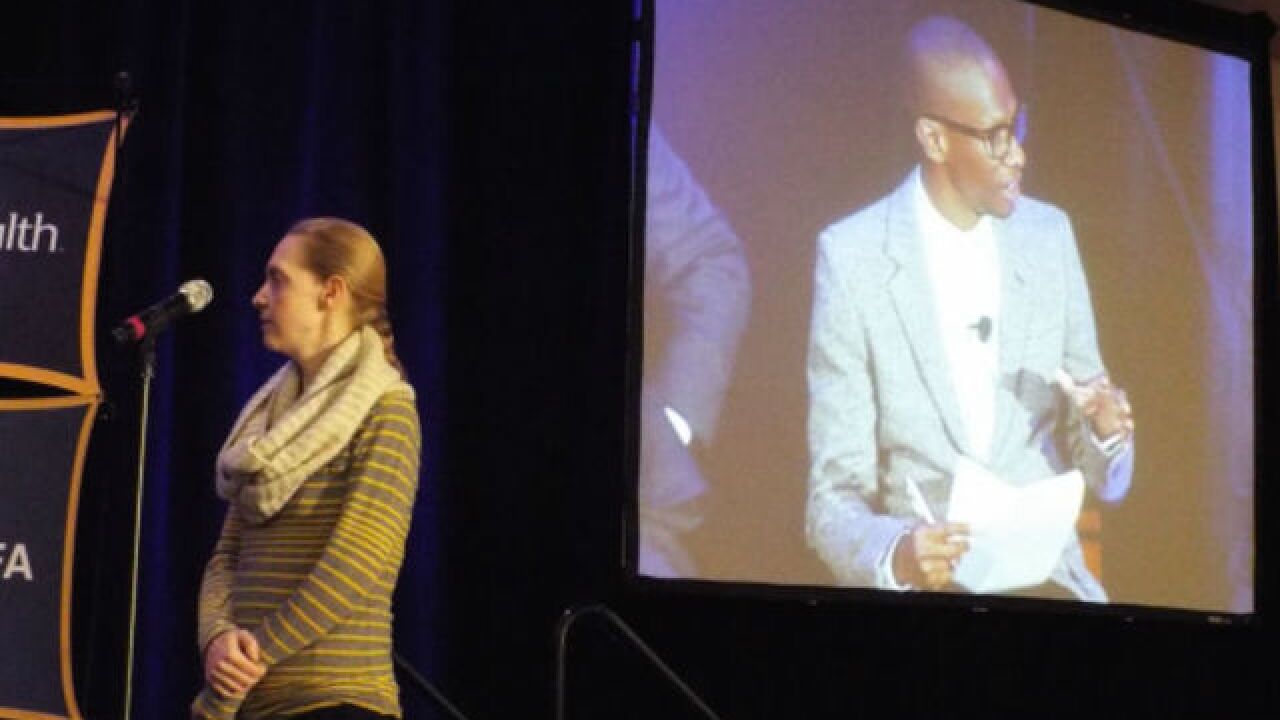 CINCINNATI -- If you’ve ever had adhesive tape yanked off your skin, you can understand the appeal of the CareAline Sleeve and CareAline Wrap.

These products, which will soon be in use at Cincinnati Children’s Hospital Medical Center, are made of fabric, and they take the place of the tape that holds in place tubing inserted into the arm or chest, generally for chemotherapy treatments.

Kezia Fitzgerald, who co-owns CareAline with her husband, Mike Fitzgerald, spoke about the business during a business plan competition earlier this month at the South Central Ohio Healthcare Supplier Diversity Symposium in Cincinnati. She didn’t win, but two of the judges liked the idea so much they offered to invest $2,500 on the spot.

They praised the idea for its simplicity and usefulness. But the fact that it has a compelling backstory also makes it an easier sell.

What’s the backstory?
Fitzgerald conceived of CareAline after her daughter, Saoirse, then 11 months old, was diagnosed with neuroblastoma, a tumor of the central nervous system. The tape holding her tubing in place irritated her skin, and she continually tried to chew on it.

Fitzgerald, who has sewed all her life, created a sleeve that covered the tubing and held it in place, freeing Saoirse to be a kid again.

She did this while undergoing chemotherapy herself for Hodgkin’s lymphoma, having been diagnosed just a few months before her daughter. Saoirse died in December 2011, just seven months after her diagnosis. Fitzgerald went into remission for three years, relapsed in 2014 and is now doing some alternative therapies.

“I’m not quite ready to jump into the chemo,” she said.

How does the business make money?
The sleeves retail for $19.95 and the wraps for $24.95. Cost of goods sold is $3 and $5, respectively. About 80 percent of sales are directly to health care providers, Fitzgerald said, with the rest directly to patients through the company’s website, www.carealine.com. More than 30 U.S. hospitals use the products.

Even customers who only use the product a few weeks often let CareAline know how grateful they are, she said, which is the best part of owning the business.

Cincinnati Children’s, which only recently became a customer, learned about the product because it sponsored the 2015 Impact Pediatric competition at the South by Southwest Interactive Festival in Austin, Texas, where CareAline won the top three prizes. One of the judges, Mark Cuban of “Shark Tank” and owner of the Dallas Mavericks basketball team, bought 1,000 CareAline products and donated them to a local hospital.

How have they financed the business?
A seed investor sustained the business through its first two years, Fitzgerald said, and since then, she and her husband have “boot-strapped,” putting in from $30,000 to $40,000 of their savings. “That’s a lot when you’re a cancer-patient family,” she said.

“We’re unique in that (our product) is not super technical, but it’s very useful clinically,” Fitzgerald said.

What’s next?
A nurse who worked at Colorado Children’s Hospital in 2014 studied accidental removal rates for tubes held in place by CareAline products, Fitzgerald said, and found that the rate was zero. That nurse now works in Michigan and is studying infection rates for patients using CareAline products.

Also, four hospitals around the country are testing new versions of CareAline products that can be removed without disconnecting a line, which should help keep infection rates down. Fitzgerald hopes to have results from those tests by the end of the summer.

The Fitzgeralds have begun the process of getting health insurance companies and Medicare/Medicaid to reimburse the users of CareAline products, so that patients don’t have to pay out of their own pockets. Every day, she said, more hospitals contact them about using the product.

“We want to make it so that this is the standard of care, so that every patient can get it,” Fitzgerald said.