Haven't been to the Taft Theatre in years? Here's what to expect 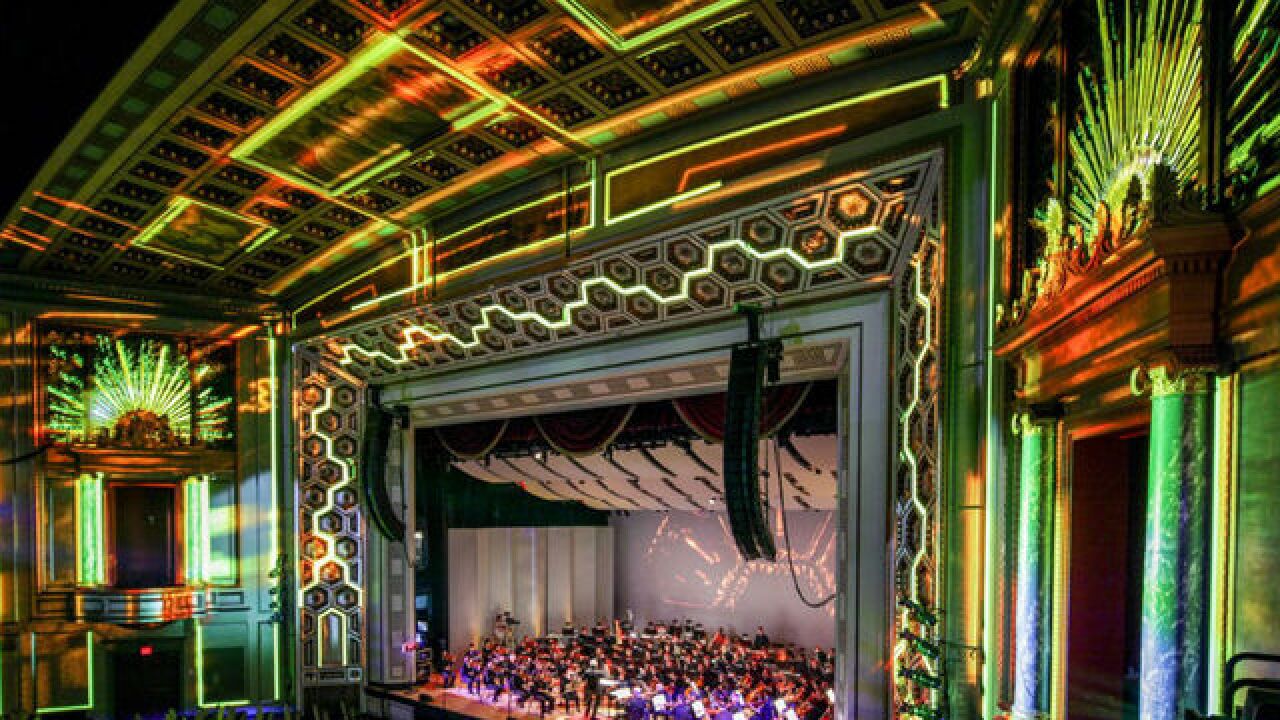 CINCINNATI -- The fourth and final edition of Lumenocity will take over the Taft Theatre for 10 shows this weekend, transforming the 88-year-old Downtown staple into a wonderland of sight and sound.

It's a whole new look for Lumenocity, which shone on the facade of Music Hall in its first three years before moving to the Taft for its swan song as the Cincinnati Symphony's home undergoes a massive $135 million renovation.

Augmented by a free Block Party that will feature virtual reality installations, original art, entertainment, food and beer, Lumenocity is planning to put on a major going-away party in its new home. But for those who've only experienced the light and sound spectacular from the confines of Washington Park -- or who haven't been to the Taft since it underwent a massive $3.2 million renovation in 2011 -- you're in for a real treat when you walk through the venerable theater's doors.

We spoke to Chris Pinelo, vice president of communications for the CSO, about what attendees can expect when they visit the refurbished Taft.

"The Taft has been operating continuously since it was constructed in the 1920s," Pinelo said of the building owned by the Scottish Rite of Freemasonry, which also operates the Masonic Center next door.

However, Pinelo said, for most of its life the Taft was a "fairly dilapidated" space, with no air conditioning, too few bathroom facilities and narrow, closely spaced seats -- including a final few rows that were so old they were still stuffed with horse hair and featured hat racks underneath the cushions.

That all changed in 2010, when the CSO entered into an agreement to take over operation of the space, which included a promise to invest in a major renovation. Part of the reason for the deal was the anticipated need for the symphony to have a new home during the current Music Hall makeover.

"It was a great historic theater, but from a modern concert amenities standing, it needed some love," Pinelo said.

When the building shut down in the summer of 2011, it received a $1.3 million air-conditioning system, a tripling of the women's bathroom facilities and a doubling of men's rooms, as well as a fresh coat of gold, green and brown paint, new carpeting and lighting to give the interior a shine.

"It was sparkling again as a beautiful historic Downtown theater and since that time the number of bookings has greatly increased," Pinelo said of the theater. It's now managed by the CSO's Music and Event Management Inc. (MEMI) wing, which also manages Riverbend Music Center and its adjacent PNC Pavilion.

Most importantly, while the capacity was reduced by a few hundred to 2,300, all new, wider seats were installed in the main hall, making for a more comfortable experience for patrons. The revamp also resulted in the opening of a 500-capacity lower-level performance space, the Ballroom at the Taft, which Pinelo said had gone unused for years.

"At one point it was a shooting range," he said of the long, lower-ceilinged room that has hosted a variety of up-and-coming acts since its debut in 2012.

Though the Ballroom space won't be open for Lumenocity, you're still in for a treat for the mind, body and soul.