Have you ever wanted to record your own radio show? Here's your chance 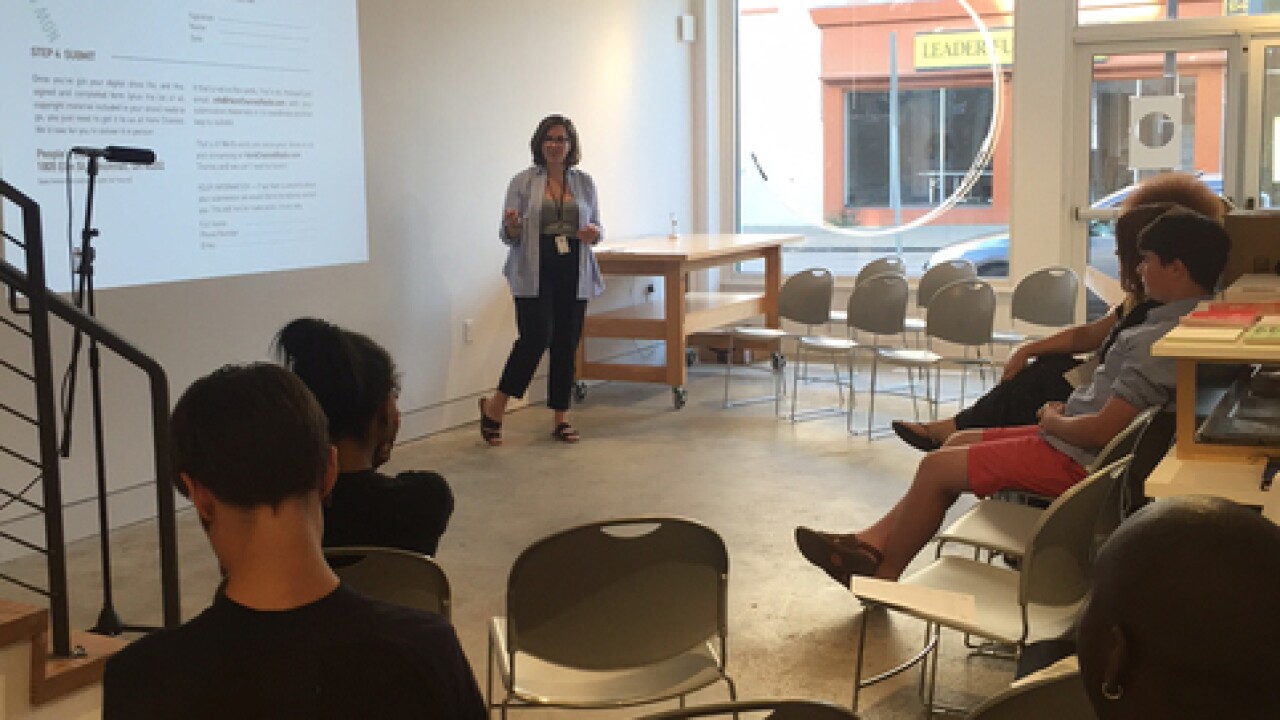 Copyright 2017 Scripps Media, Inc. All rights reserved. This material may not be published, broadcast, rewritten, or redistributed.
Provided
<p>Here Channel comprises recorded content, produced in the studio space or submitted online, all generated by the Cincinnati community, all for free. (Photo provided by Here Channel)</p> 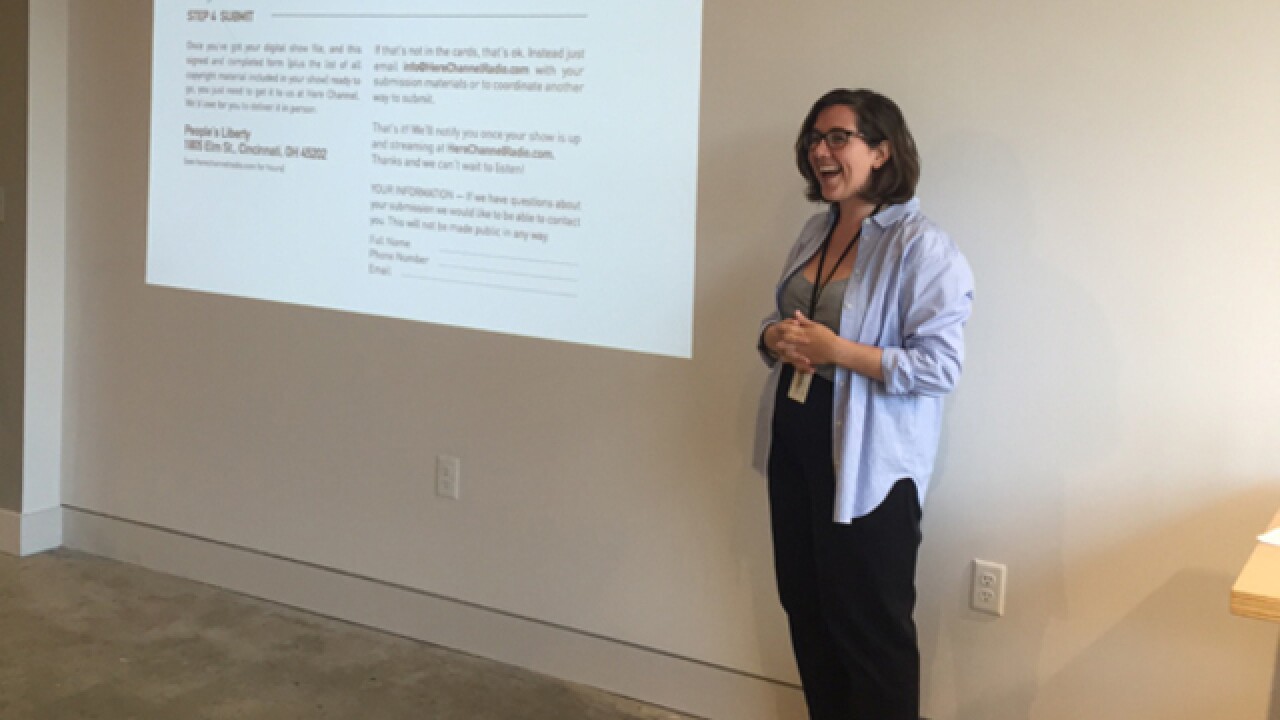 CINCINNATI -- Turning the radio on isn't something reserved just for your daily commute anymore. A new project, Here Channel , offers Cincinnatians the chance to tune in to just about anything, 24/7, on the internet.

Here Channel , a winner of the People's Liberty Globe Grant project , runs Aug. 18-Sept. 24 at the Globe Gallery, at 1805 Elm St. in Over-the-Rhine. It consists of recorded content, produced in the studio space or submitted online, all generated by the Cincinnati community, all for free.

"People can have enlightening discussions on the air and not have to get booked on Cincinnati Edition," said Caroline Creaghead, the founder of Here Channel, in reference to the local radio talk show on WVXU . "I want it to be very, very accessible."

Events, including live performances curated by Creaghead, workshops and more, will take place throughout the five-week program. Creaghead said the only rule at Here Channel is that content can't be hurtful to anybody.

Creaghead conceived of Here Channel due in part to her college experience with radio. A graduate of the University of Wisconsin, she called her time working in the campus' station her "quintessential college music experience." She found through radio a platform to loop in her fondness for improvisational and stand-up comedy, eventually making a career booking comedy shows in New York City before returning to her hometown of Covington.

"Whenever you're on broadcast radio, you have to follow all the FCC (Federal Communications Commission) rules, so it kind of limits some of the stuff you can do," said Creaghead. "Now, we're all on the internet, and a lot of people are podcasting, and so I thought, 'Why not combine those two things and have a network?' It can be podcasts, pre-recorded stuff, as well as things that you're recording as though it's live just for the channel and have it all live on a really sleek, nice website."

Duck Brigade, a team of developers out of Los Angeles, created the website, and local design agency Cosette created the branding and identity for Here Channel.

"She's doing something that's really exciting and interesting," said Cosette co-founder Josh Jacob. "She's bringing an experience (that's) very much related to her passion, which is creating some sort of content, whether it's podcasts or radio, (and) actually giving people the ability to do that."

Listeners have the option to turn on the website's "safety switch" and remove any content with profanity from their stream, or leave it as is and be served a wide swath of content, not unlike Here Channel's analog predecessors.

Anyone who wants to come in and record a show is welcome to do so. The Globe Gallery storefront is outfitted with equipment to facilitate recording, including microphones and headphones for up to four people; an eight-channel hybrid performance and recording mixer; and a computer with multi-channel recording software.

The mixer supports inputs if participants want to bring their own microphones, DJ decks and other equipment. Participants can send in externally edited content but otherwise are encouraged to record their shows as though they are live.

Warrior Moms was spurred by Lee's research discovery that a vast majority of children in Greater Cincinnati from homes at or below the poverty level are in families led by single mothers. From pampering sessions to a photo shoot to empowerment workshops, Warrior Moms envisions a supportive network to address the issues surrounding single motherhood.

Coincidentally, Lee conceived of a radio program four years ago and pulled it off the shelf when she heard about Here Channel.

"Here Channel is another opportunity to promote and get the word out about what we're doing here in Cincinnati," Lee said. "There's not a platform to speak open and transparent without judgment, and that's what I'd like to create, so Here Channel is right on time."

Whether interested participants have fully fleshed-out concepts, as Lee does, or only the inkling of an idea, years of experience or none at all, Creaghead said everyone is welcome. The positioning of the Globe Gallery across the street from Findlay Market is ideal; she hopes participants come from a variety of backgrounds and experiences.

"I want people to come in whether they have a refined idea or not, and just have that experience of, 'Here's me recording something and then now I can listen to it,' " she said. "I want to lower the barrier to that experience of creating something that then people listen to, because I think that exposes a more raw and true and exciting cornucopia of ideas."