Have thieves moved from copper to car batteries? 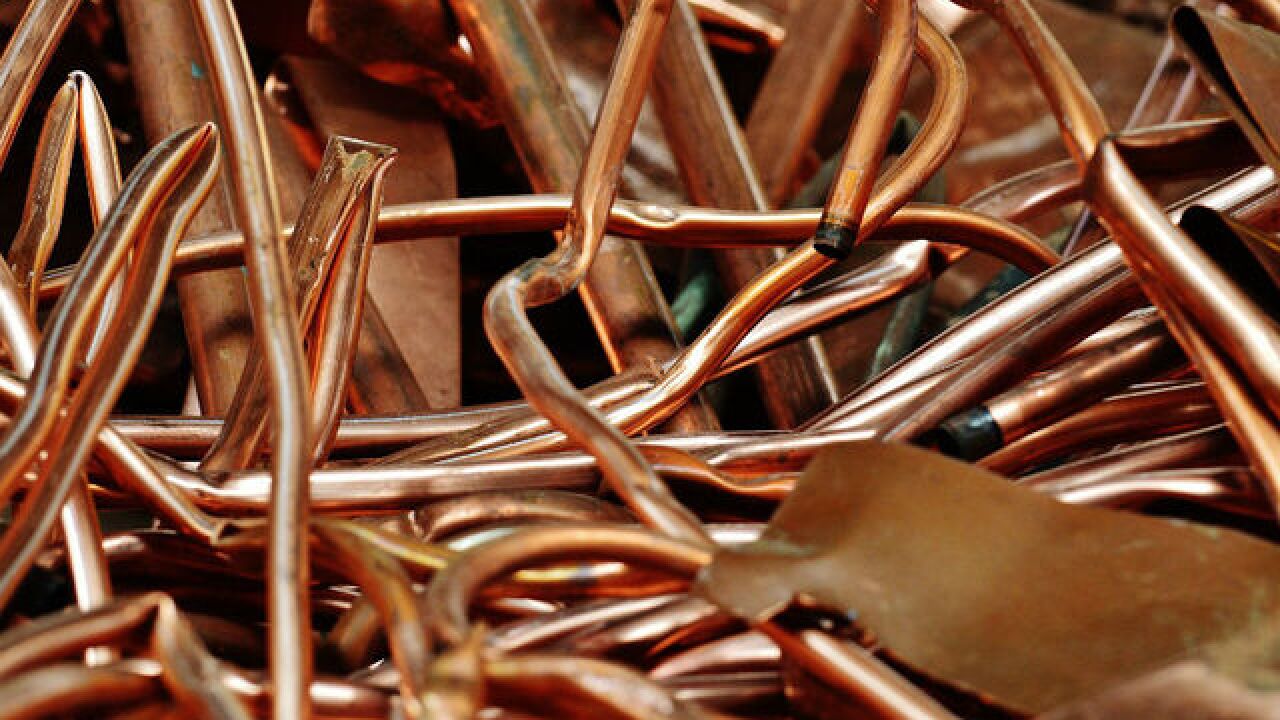 BURLINGTON, Ky. — Air conditioners disappearing. Work site heists. Vacant homes stripped of their pipes. These were the headlines as recently as last year as copper became a precious commodity for thieves looking to make a quick buck.

These days, despite a resurgence in building and redevelopment, that trend seems to have been curtailed.

According to Tom Wilson, president of Blue Grass Recycling in Burlington, stricter laws in Kentucky and Ohio have deterred the theft of copper. The Cincinnati Police Department compiled a “No Buy” list, which is available on its website.

The website states: “It is the responsibility of any scrap metal dealer in the state of Ohio not to purchase or receive any article from those individuals named on the ‘No Buy’ list.” The list is composed of the names of those convicted of two or more theft offenses and/or receiving stolen property offenses. The list is also 394 pages long, and is updated regularly.

In Kentucky, House Bill 390 was passed in April of 2013 when copper aluminum radiators were being stolen with frequency due to the price of the metal and relative difficulty of tracing them. The bill requires scrap payments to be made by check, not cash, and sent to a physical address, not a P.O. Box.

“This law was headed in a good direction, but has made it more difficult to sell certain items,” Wilson said. “I find it interesting because we have a P.O. Box here, because our physical address has had problems receiving mail. I have a lot of HVAC guys who use P.O. Boxes, and that’s made it hard for them.”

"We have a lot of homes in the East End that have copper gutters, and the problem with stealing a copper gutter is, they're 20-feet long," Collins said. "You can't run down the street with that for very long. We caught most of the people that were doing that."

Another reason less copper is being seen at scrap yards is simple economics. The price of copper per pound is roughly half of what it was five years ago, when it peaked at $4.50 per pound. On July 25, the price was $2.23 per pound, with a 52-week low of only $1.96 per pound of copper.

While several financial websites predict the prices on copper will rise, just like gold and silver, they also predict it will be some before they reach peak 2011 prices.

Could Car Batteries Be Next?

While copper theft might be down, Wilson said he is seeing an uptick in people searching for their stolen car batteries, as the price of lead rises. Lead was worth $0.84 per pound on July 25, an upswing of $0.13 per pound over the 52-week low. When you consider the average car battery weighs nearly 40 pounds and has plenty of lead in it, that’s significant.

“Depressed markets have made it harder to sell formerly sexy items,” Wilson said. “I get calls from people all the time asking if I bought a car battery.”

With the car batteries, Chief Collins said it's possible, but he hasn't seen that trend in Newport.

When it comes to dealing with stolen property, be it car batteries or copper piping, Wilson says no one wins.

“I become a volunteer police officer when these cases come up,” Wilson said. “I think I helped the Boone County Sheriff’s Department close about a dozen cases last year with thefts.”

When he realizes he has stolen property, Wilson said he gives it back to the rightful owner, even though it often results in a loss for his business.

“The court orders restitution from the theft,” he said. “We’ve only been paid back two times for stolen property restitution over the years. The idea that scrap yards like to buy stolen metal is ludicrous. We’re out a lot of money over the years.”

One solution for dealing with stolen goods is to have more consistency in how to handle the situation, Wilson said.

“I’ve been pushing for having more universally applied laws and realistic enforcement measures,” he said. “Criminals are smart enough to pay attention.”

The current penalties in Kentucky for not following HB 390 are a fine on the first offense, and possible jail time on the second. But it doesn’t happen often.

“Boone County has a good police force, but police do not have the time or the resources to enforce HB 390,” Wilson said.

And at the end of the day, the problem is not likely to be stemmed by any one law, or even set of laws.

“People have stolen since the beginning of time, and they’ll steal until the end of time,” Wilson said.