Last year's wrinkles have been ironed out 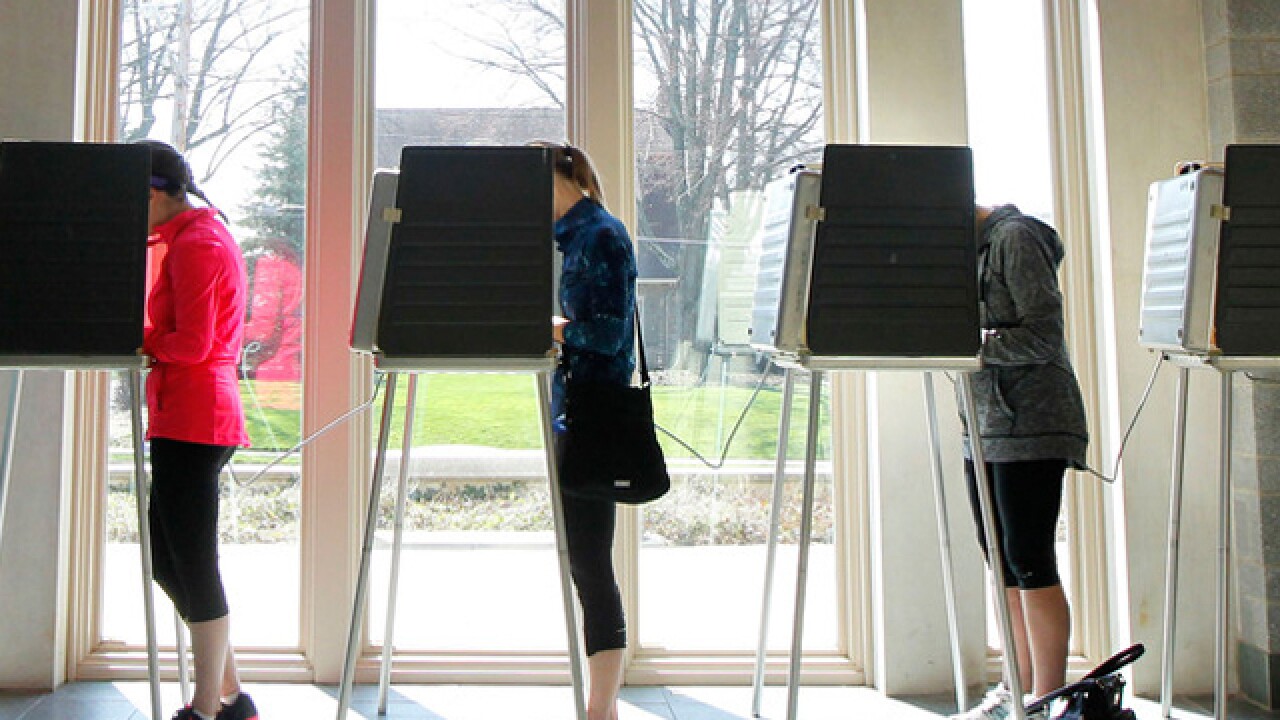 CINCINNATI -- Right now, the Nov. 8 election is a complicated numbers game in ways that go far beyond whether Hillary Clinton or Donald Trump finishes on top in Hamilton County.

The county comprises about 578,000 registered voters, 556 precincts, 365 polling locations and some 2,600 polling-place workers -- a figure that includes 460 high school seniors who will be participating in a "Youth at the Booth" program designed to inject some millennial tech savvy this year into every polling location in the county.

When it's all said and done, the county will have spent about $8 million on the 2016 March primary and general election, according to Sally J. Krisel, deputy director of the Hamilton County Board of Elections.

And as of earlier this week, the board still needed 41 Democrats and 147 Republicans to flesh out the number of poll workers required to ensure a contingent of at least four precinct officials -- two Democrats and two Republicans -- for every polling place, Krisel said.

"The number is fluid because some people are dropping out and other people are signing up every day. We're building up a pool of 50 people -- 25 Republicans and 25 Democrats -- who will be available in case people don't show up (on Election Day)," said Krisel, who sounded confident that the county would have enough trained people in place for an election in which Ohio and its 18 electoral votes could prove crucial for either presidential candidate.

She said the board was looking for Republicans in Mt. Washington, Hyde Park, Norwood, St. Bernard and in what she described as the "core of the city," while there was a shortage of Democrats in Harrison as well as Green, Delhi and Symmes townships.

Party registration numbers in different parts of the county often dictate how many members of each major party are readily available at nearby polling places on Election Day.

"That happens each election. The Democrats are strong in the city and some of the suburbs while the Republicans are much stronger out in the country," she said.

She also pointed out that Hamilton County was one of five counties in the country that were recognized last month "for excellence in recruiting, training and retaining election workers" by the U.S. Election Assistance Commission, a bipartisan federal agency that was created in 2002 under the Help America Vote Act.

However, she said she doubted that problems from 11 months ago have had an impact on whether people sign up to work the polls this year. She said the fact that the overwhelming majority of the polling place jobs have been filled is ample evidence that people still want to work where the action is on Election Day.

One foul-up last November affected voters who had changed addresses or registered for the first time in August and September of last year, Krisel said.  Voters who had completed the same paperwork in October sailed through without any delays.

That difficulty surfaced because polling place computers were searching for data collected in October, not for the previous two months.

"We learned lessons about setting up date parameters," Krisel said.

Other snarls developed because some workers at polling places were not familiar with the "ePoll Book" -- a specially designed iPad -- that was used to search for voters in the voter rolls for the first time last November.

Krisel said she's convinced there won't be similar problems this year. "We had no issues in March during the primary," she said.

She also said she doubted that the voting system in Ohio could be rigged, a claim that has been made by Republican presidential candidate Donald Trump.

"We follow the lead from our Secretary of State, Jon Husted, who has said that it would be very difficult for someone to do that," Krisel said.

"People have lost faith in so many of their institutions, from politics to the media, but we can't lose faith in our democracy. Our system is not rigged and we work every day to make Ohio a place where it is easy to vote and hard to cheat," Husted's office said in an email response to a question Friday morning. "The election system is more secure across the country than it has ever been and Ohioans should feel better about the election system than they ever have."

With the election less than two weeks away, Krisel said poll workers routinely cite a number of reasons for taking Election Day jobs.

"A lot of people say they do it because their grandmother did it, or they feel like it's their civic duty, or simply because it's good money for a day's work," she said.

People who work the polls can earn between $181 and $218, which includes compensation for attending a four-hour training session before the election and a 15- to 16-hour workday at the polls.

For information, go to the Hamilton County Board of Elections.