You'll see this politician in an ambulance 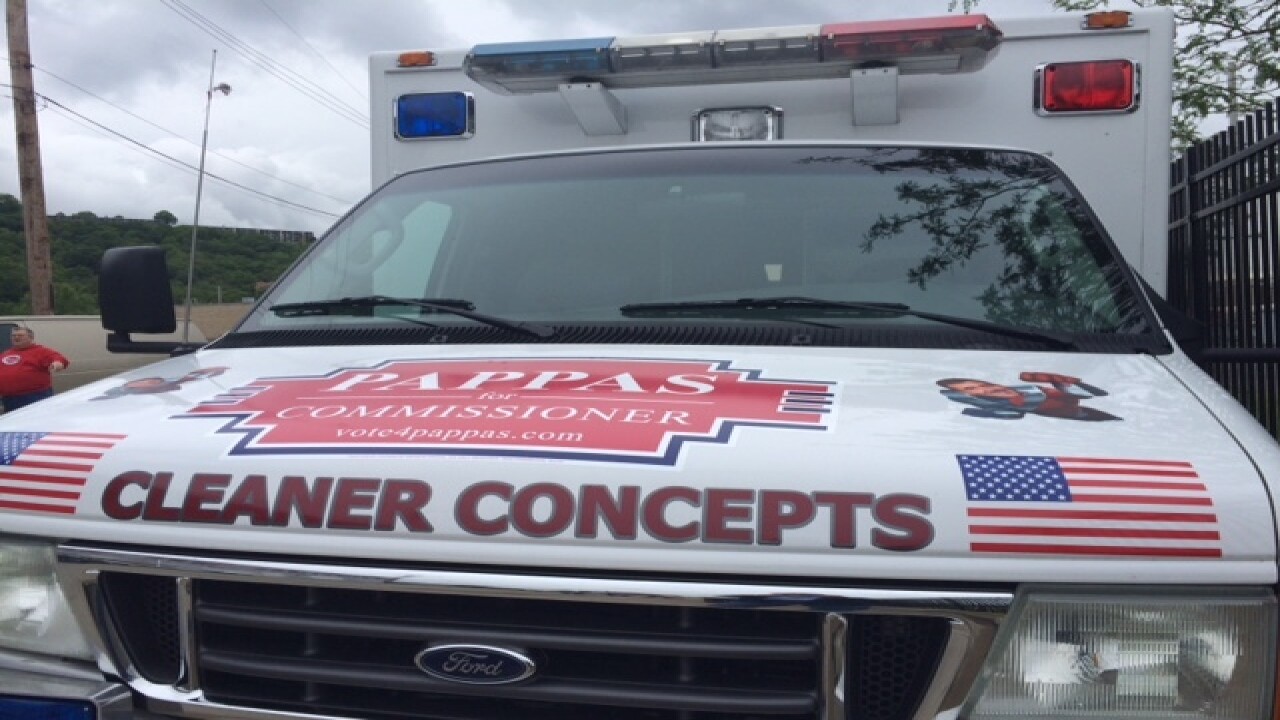 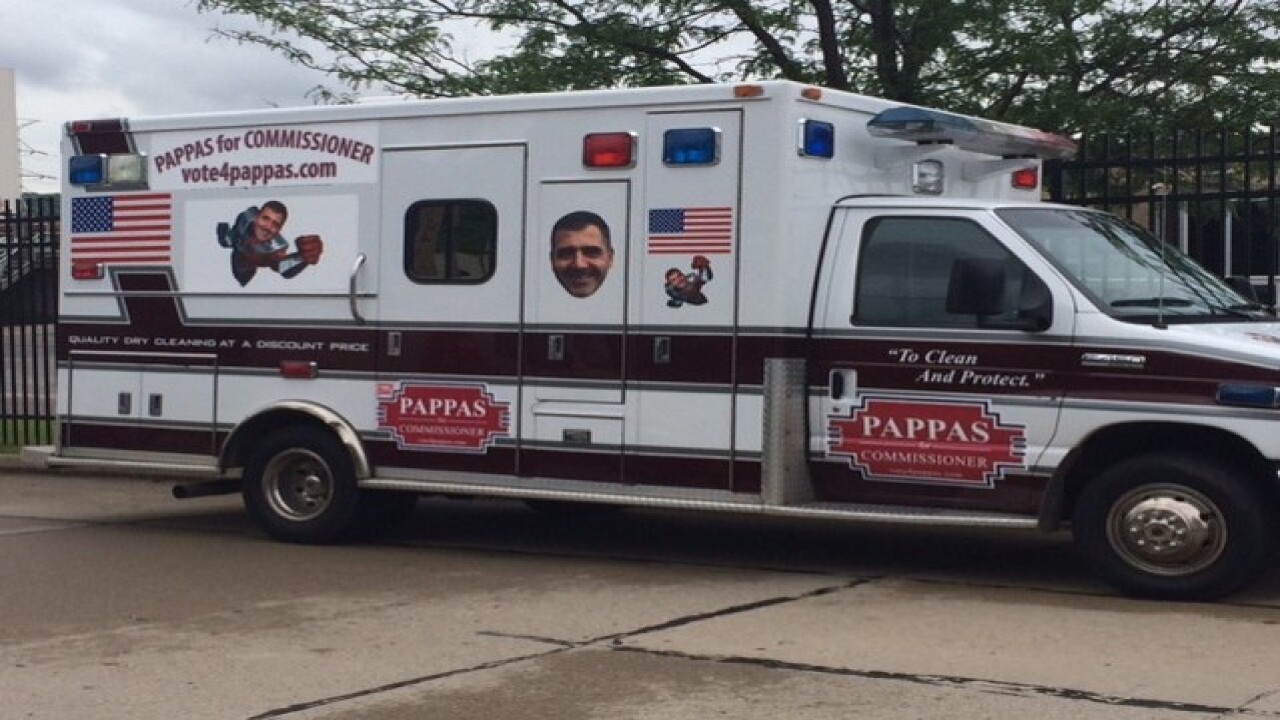 CINCINNATI -- When Todd Portune runs again for his Hamilton County Commissioner's seat he’ll have the advantages of money, name recognition and 16 years of incumbency on his side.

But, Republican challenger Andrew Pappas will have an ambulance in his corner.

Pappas unveiled the ambulance – which he’s dubbed the “Pappas Mobile” – at his first press conference as a county commission candidate earlier this week. The vehicle is plastered with campaign stickers and portraits of Pappas, some of which feature him digitally altered into a superhero costume. The Pappas Mobile also has its own Twitter account, which documents campaign stops across Hamilton County.

Pappas is the underdog in this election and this type of campaign ploy might earn him some needed attention.

“I’m running a campaign against a guy that’s been in office for 16 years,” Pappas said in an interview, noting that a WCPO reporter wouldn’t have contacted him for the story if the ambulance weren’t around.

“I need to do something that’s outside of the norm a bit; it’s different, it gets attention," Pappas said. "That’s the kind of thing I need to do to offset the 25-year head start that someone has on the seat I’m running for.”

Candidates who face off against well-known incumbents often have to think up non-traditional campaigning strategies, said David Niven, a political science professor at University of Cincinnati.

“It’s so hard to go from unknown to known, you kind of tip your hat to candidates who are trying to think of something different that could get some attention for them,” Niven said.

The strategy has had some success for political campaigns before, Niven noted. Former Massachusetts Sen. Scott Brown campaigned in a red pickup truck around the state and won the seat in a 2010 special election, for example.

Pappas plans to stock the ambulance with yard signs and T-shirts. He’ll park it at festivals and in the parking lots of restaurants. On Tuesday, Pappas headed to lunch in the ambulance at Price Hill Chili and drove it to The Pub, a restaurant in Norwood.

We're here at Price Hill Chili! I'd sit in on the meeting but they don't have a spot to fit me. #PappasMobile pic.twitter.com/infhtQS4Qi

The ambulance is cost-effective, too. Pappas – whose campaign had $11,200 on hand at the end of April, much of which he loaned himself – is up against Portune’s cash arsenal, which had $106,700 at last check. Pappas already had the ambulance on hand from his dry cleaning business, and he uses it for deliveries and transporting clothes between his stores.

Portune, who has been on the commission since 2000, said the Pappas Mobile won’t lead him to change his campaign style. Portune will attend community events, festivals and march in parades in the coming months.

“I’m not going to be driving ambulances around town to get attention,” Portune said. “I’m first and foremost attending to the serious business of running the county. No gimmicks – I don’t need to do that nor, frankly, would I want to do that.”

Pappas said he’s aware of the fine line he must walk (or, drive) with his ambulance around town. He ruled out wearing the superhero costume featured in photos on the Pappas Mobile.

“It’s a serious job, and it’s a serious position; I’m not going to belittle the position by making it a cartoon,” Pappas said. “This is a serious subject but, you know, we are going to have fun.”

But Pappas feels emboldened to try out an unusual campaign method after watching a candidate such as Donald Trump, who ran a campaign that pundits and political experts mocked, but voters liked enough to elect him as the Republican Party’s presumptive nominee. It’s a sign that voters are looking for something different from candidates, Pappas said.