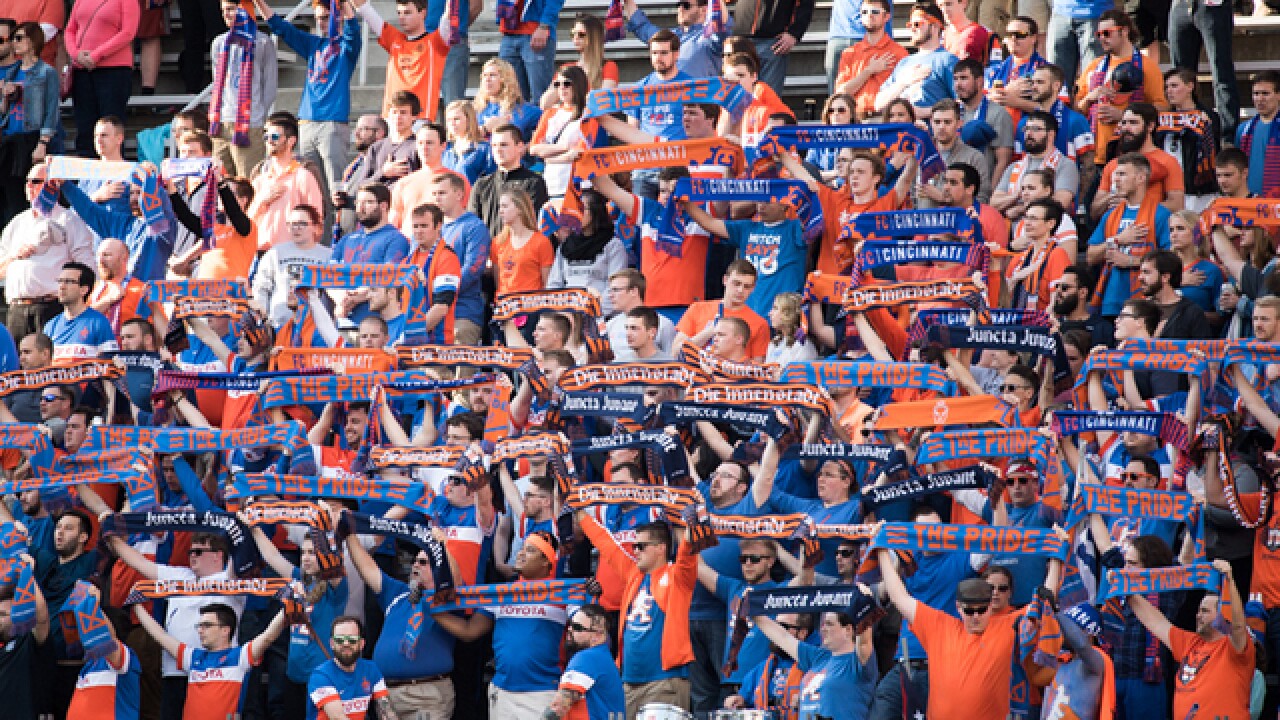 FC Cincinnati General Manager Jeff Berding says the team has no interest in staying at Nippert Stadium if the club is promoted to Major League Soccer.

But that’s not stopping Hamilton County Commission President Todd Portune from pursuing a deal that would keep the team at University of Cincinnati’s stadium – MLS requirements be damned.

Portune even called some of the team’s complaints about the stadium "red herrings."

“They’re playing in a perfect stadium right now and we don’t need to build a new one,” Portune told WCPO in an interview last week. “That’s where I am on this, that’s where the university is on this.”

He said the stadium boasts a number of inconveniences that could thwart the team’s plan to get into the MLS. The team’s ownership – which is looking for $100 million in public dollars to help build a new stadium – doesn’t plan to have discussions with UC officials to stay at the stadium for MLS play.

Berding said he’s consulted with architects and engineers who believe the university would need to consider reconfiguring its campus in order to expand the stadium.

“We don’t believe Nippert is going to work,” Berding told WCPO in an interview last week. “Unless UC came to us and said, ‘Look, whatever it takes, we’ll knock down buildings.”’

“The University of Cincinnati has enjoyed our partnership with FC Cincinnati since the club’s inception and look forward to it continuing into the future,” Mike Bohn, the college’s athletic director, said in a statement.

Berding ticked off a litany of reasons Nippert won’t work as an MLS stadium.

The most obvious challenge is that the team doesn’t own the stadium, a new requirement MLS has for any teams entering the franchise. Without owning the stadium, the team has a harder time controlling revenues from ticket and concession sales or parking.

The other problems: Nippert has turf, there are no kitchens on site, the stadium’s entrance is too small and it lacks restrooms.

Portune believes these are all fixable issues. His opposition to building a new soccer stadium could be problematic for the team's plan to build a new stadium with the help of local tax dollars.

“No one is complaining about that at Nippert, except for the people who want to build a new stadium,” Portune said. “They’re all red herrings. Not a single one of them amount to a legitimate impediment to Nippert being the facility that works for soccer in Cincinnati.”

During that June match, FC Cincinnati took on an MLS team in front of a crowd of 32,000 and ESPN commentators complimented the stadium’s vibe during the broadcast.

Portune said he hopes to meet with UC officials further to see if a plan to keep the team at Nippert, regardless of MLS status, can be worked out.

“We – meaning the county and UC – are going to begin to map out how that can be addressed,” Portune said. “(FC Cincinnati has) already got lightning in a bottle where they are.”