Before the Bullying seeks sponsors to help 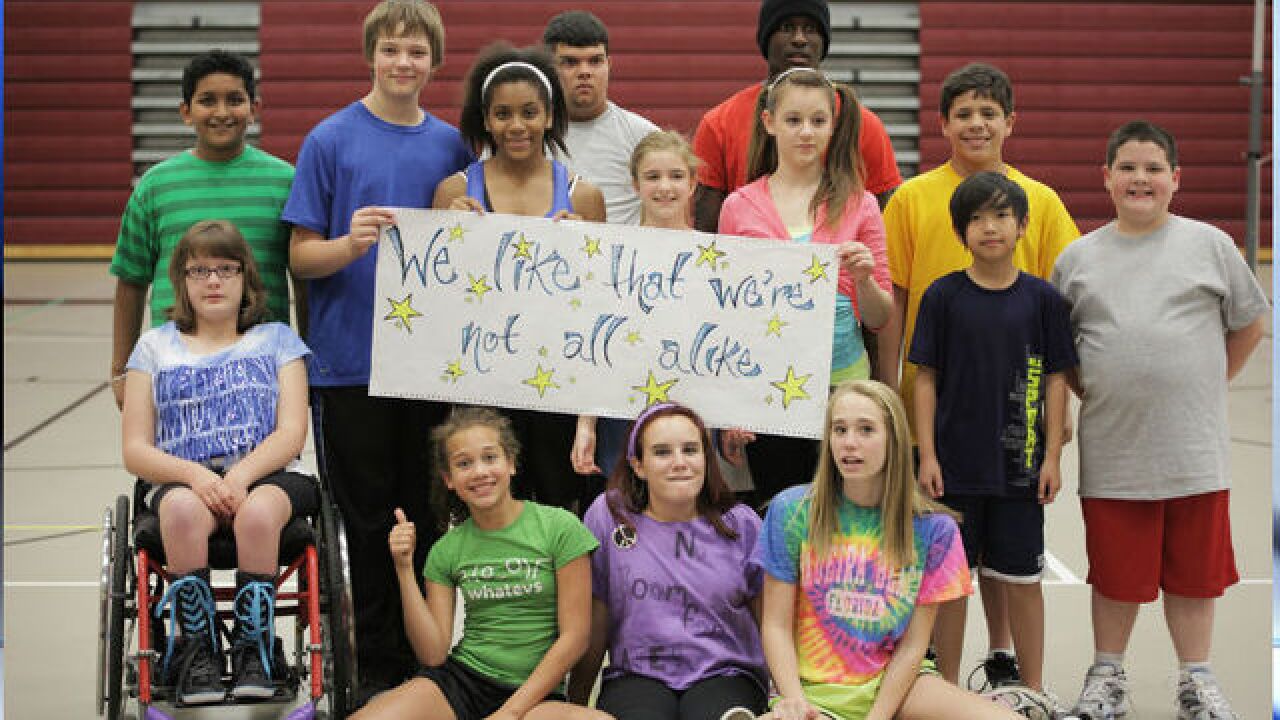 Spotted Yeti Media
<p>These local students performed in the music videos made for the Before the Bullying initiative.</p> 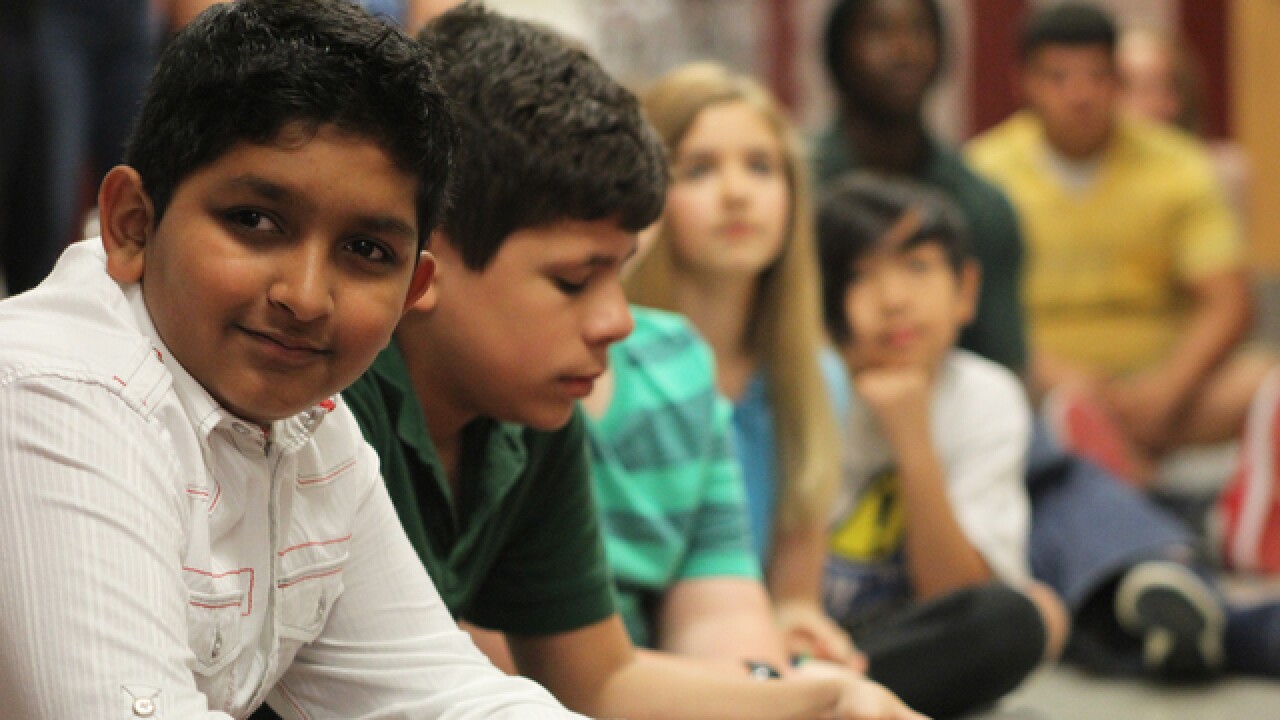 COVINGTON, Ky. — Hardly a week goes by, it seems, without a news story from somewhere about a child who was bullied to the point of desperation.

Covington-based children's music publisher Growing Sound believes it has found a solution to the problem of bullying — stopping it before it starts. Growing Sound's Before the Bullying initiative focuses on the importance of treating others with respect and standing up for kids who are bullied rather than being bystanders. It's recommended for students in kindergarten through eighth grade.

Teachers and school administrators who have seen the initiative love it, said Alyson Bleistine, Growing Sound's director of sales and marketing. But money is a problem.

"You don't meet a single person who says this isn't the greatest idea I ever saw," Bleistine said. "Everyone loves it, but nobody has the resources for it."

So Bleistine has embarked on an innovative way to get Before the Bullying in front of children. She's asking businesses and professionals who work with kids to pay for Before the Bullying kits to be provided to schools, clubs and after-school programs that can't afford to buy their own.

Sponsors can designate a particular school, club or program to get a kit. Or they can ask Growing Sound to choose. Either way, whichever school or organization gets the kit also will get a certificate that lists the sponsor's name or business.

A classroom kit can be sponsored for $50. A check for $1,500 could fund enough kits for a whole school.

"We have a long list of people who want them, places like Boys and Girls Clubs, YMCAs," Bleistine said. "They just don't have the resources for them."

Before the Bullying is just the latest in a long line of children's music products that Growing Sound has developed since it was formed in 2007. Its YouTube channel has a wide range of music videos that have gotten tens of thousands of views. "The Poop Song" alone, which is aimed at potty-training toddlers, has had more than 5.7 million views.

Growing Sound is a for-profit division of Children, Inc., a nonprofit organization that provides early childhood programs and after-school care. Children, Inc. also works to help parents understand the latest research in early brain development so they can help their children be better learners.

Growing Sound was born out of an interest in using that research know-how to create songs to help with kids' social and emotional development. The company is a social enterprise, meaning that its profits are funneled back to Children, Inc. to help pay for the nonprofit organization's work.

Seeking Sponsors to Make a Difference

Growing Sound sells its songs on CDs, and downloads are available, too. The company also has begun licensing its music, and Bleistine expects that to become a major revenue stream in the years ahead.

But right now, she is focused on getting the word out about Beyond the Bullying and getting the initiative's songs, music videos and lessons in front of as many children as possible.

The initiative's songs highlight those social skills, and the music videos feature 15 local students who spent the day at a local middle school filming six different videos a couple of years ago.

"We saw this program come alive with these kids," Bleistine said. "Some of them are still close friends with each other today."

Several of the students and their moms said they came away from the video-filming experience with lots of respect for the lessons that Before the Bullying aims to teach.

Judy Mahan's daughter, Erin, played a punk rock girl in the videos. Mahan said she was impressed with the finished product and thinks it will get through to kids much better than the anti-bullying presentations by adults that so many schools host.

"They'll see kids like them in the video," Mahan said.

"I liked the way they cut together all the different shots that we took and formed it into something that kids would pay attention to and think was fun, rather than just sitting in a classroom and hearing someone drone on about the different types of bullying and why you shouldn't do them," said Erin, a 14-year-old freshman at Mount Notre Dame High School.

Julie Parece knew Growing Sound's reputation because she has worked in early-childhood education for 28 years. She was excited when her older son, Joel, got a part in the music videos because she liked the idea that the company was trying to communicate important messages to older kids, too.

Joel said he was glad to be part of something that is aimed at reducing bullying.

"I've got friends that have been bullied. I've been bullied every once in a while," said Joel, a 15-year-old sophomore at Scott High School in Taylor Mill, Ky. "It's just nice to be able to help that not happen anymore."

Bleistine hopes that local businesses and families will agree and, one check at a time, help spread the message of Before the Bullying to as many local schools, youth groups and clubs for kids as possible.

"I've sent out almost 400 letters over the last three weeks, and I just got a check from a man and woman in New Jersey," she said. "My objective is to get people who really want to make a difference."

For more information about Growing Sound, click here or go to http://growing-sound.com. For information on how you or your company can sponsor a Before the Bullying kit, email Bleistine at alyb@childreninc.org.