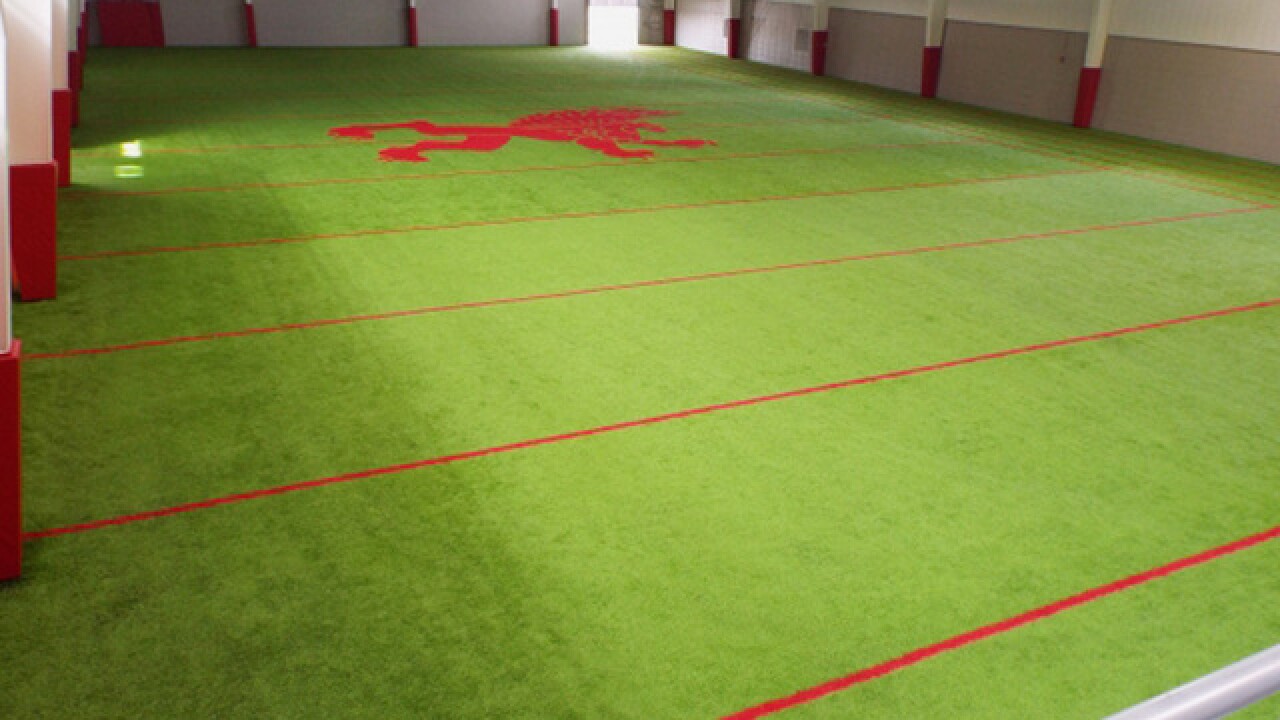 <p>This 80-by-30-yard, artificial-turf field — adorned with a red griffin, emblem of the Griffin family's businesses — gives soccer, baseball and football teams an indoor field to practice on when the weather is bad outside. (Kevin Eigelbach for WCPO)</p> 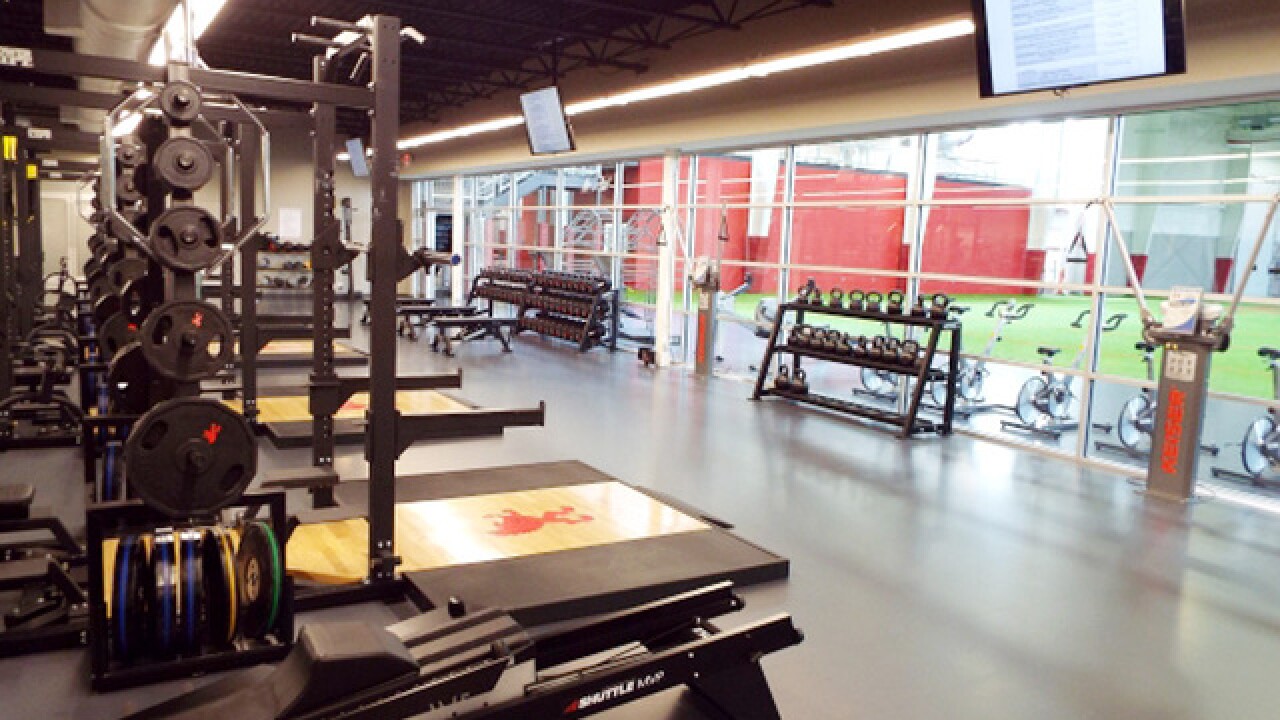 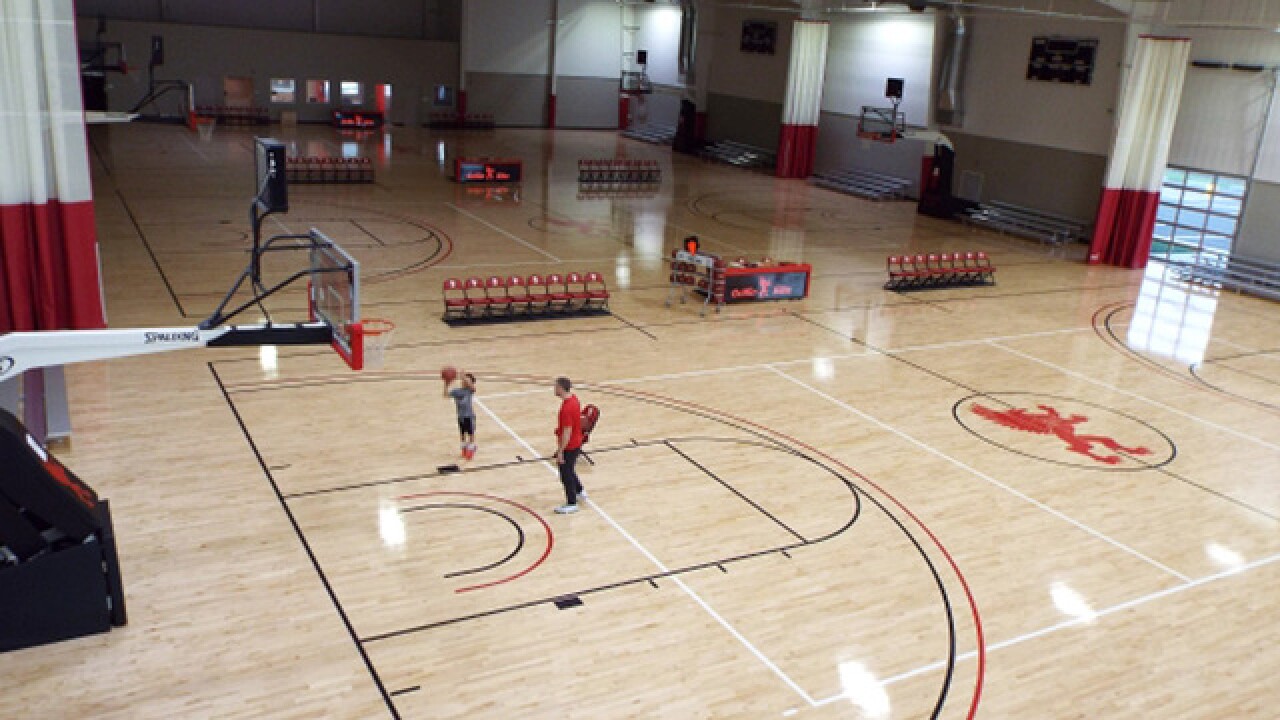 The Griffin Elite Sports & Wellness Center in Erlanger, Ky., is one of the largest small businesses you’ll ever see. And you probably have seen it, though you might not have noticed it.

How Did It Get There?

Griffin Elite was the brainchild of Edgewood native Jordan Griffin and Brian Lewis, who met when Griffin played basketball for Coastal Carolina University and Lewis, who is now the chief trainer at Griffin Elite, was the athletic trainer there. Lewis helped Griffin transform his body from 160 pounds to 195 pounds with only 5 percent body fat, a process Griffin said amazed him. He wanted to make those same strength-building and fitness techniques available to Northern Kentucky middle- and high-schoolers that want to play college sports, he said, and he persuaded his family to help him realize that vision.

It took about 18 months to build the complex, which opened Oct. 24, said Michael Griffin, Jordan’s brother and a co-owner. He declined to say how much it cost, except to say that it was more than $1 million. It was financed by the owners, he added.

Who Are the Owners?

What Can You Do There?

Sports services include group-based and team-based weight and fitness training and hot yoga classes. Leagues also rent space to hold basketball, volleyball and other tournaments. One difference between this and a local YMCA: You can’t just walk in and work out by yourself.

Wellness services inside the center’s spa include a steam room, massage therapy, esthetician (skin care) treatments, chiropractic care by a licensed chiropractor and cryotherapy. Cryotherapy customers stand in a super-cooled tube for a few minutes, which is supposed to trigger an immune system response that promotes healing.

Bathrobes, slippers and private showers are provided in the spa locker rooms.

How Does the Business Make Money?

Fees for services. For example, cryotherapy costs $35 for an initial session and $45 for each subsequent session. Team group training costs $18 per athlete per session. Center members, who pay $50-$200 annually for individual or family packages, receive discounts on fees.

Business is growing every month, Von Hoene said, adding that the center now has more than 300 members. “We get a lot of business from court rental and field rental,” he said. “We even have ultimate Frisbee and martial arts stuff going on.”

“The demand for courts and turf has been through the roof,” Michael Griffin said, adding that the family has already talked about adding more basketball courts.

On March 26, the center will host an NBA combine-type event, in which the top 75 high-school basketball players in the 8th, 9th and 10th regions will show off their skills for college coaches. Also, former University of Kentucky and current Sacramento Kings basketball player Willie Cauley-Stein this summer plans to hold a basketball camp at the center, Von Hoene said.

The center is also working with local medical groups that want to form a partnership, through which they could refer patients to the center for wellness services and the center would refer injured athletes to them for treatment, he said.

What’s the First Thing Passersby Say When They Visit?

“I had no idea it was this big,” Von Hoene said.