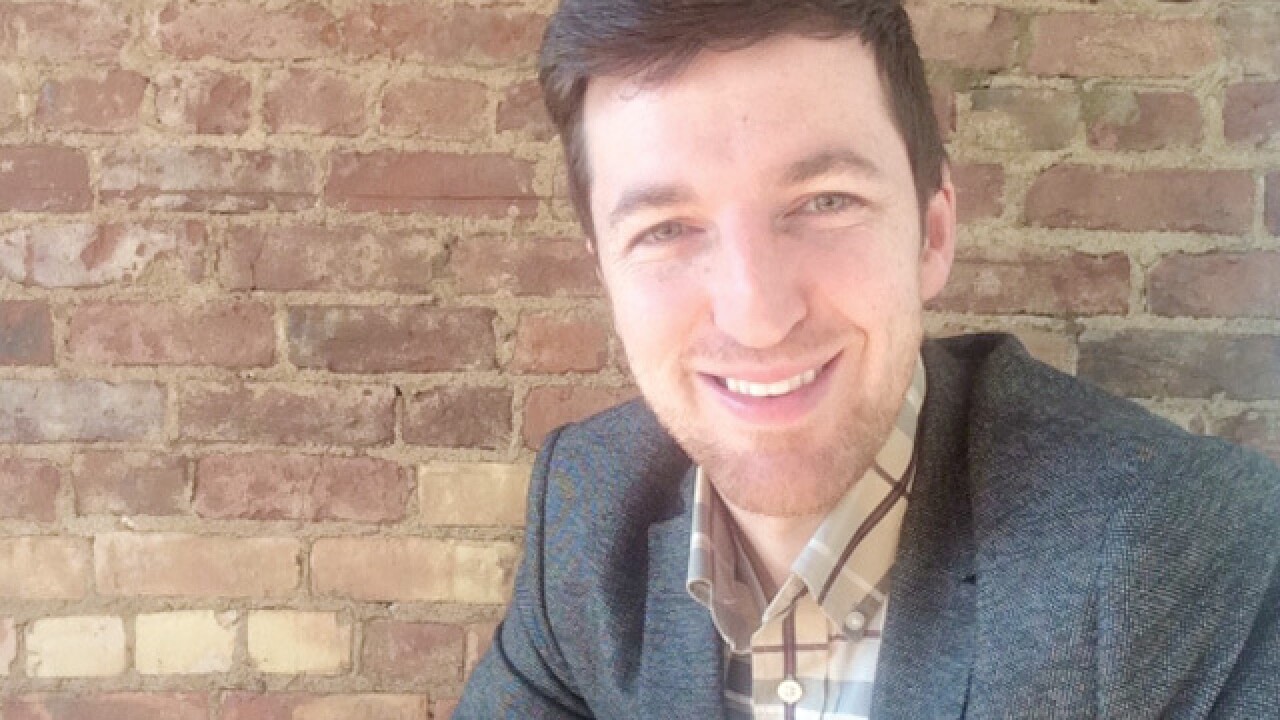 Cincinnati native Oliver Kroner once spent several months traipsing through the Costa Rican rain forest. Navigating his way through bureaucracy ought to be easy.

In February, Kroner was named sustainability coordinator for the City of Cincinnati, a position that had been vacant for 18 months. His job is to lead the city’s sustainability efforts, to find funding for them and to introduce sustainability into conversations in City Hall, he said.

The Northside resident, 33, spent his last 10 years working for TERA (Toxicology Excellence for Risk Assessment), a nonprofit that does risk assessment and analysis of human health issues. It became part of the University of Cincinnati’s College of Medicine in August.

While earning his environmental science degree at Northeastern University in Boston, he spent a summer doing ecological research at Monte Verde in the Costa Rican rain forest. There, he saw spiders as big as your face.

One evening in a latrine, a friend tried to catch one, but it bit him and left him writhing on the ground in agony. Kroner and other team members had to catch the spider to make sure it wasn’t poisonous.

Originally a psychology major, he learned to love the environment as an 18-year-old blazing trails at Carson National Forest in New Mexico one summer. “I began to realize how magnificent some of our natural wonders are,” he said, and to “start to understand what we’re up against and how we need to make changes in the way we live.”

In Cincinnati, many of those needed changes are spelled out in the Green Cincinnati Plan, which was known as the Climate Protection Action Plan when Cincinnati City Council adopted it in 2008. Intended as a roadmap for making the city a national leader in addressing climate change, it had more than 80 recommendations on how to do that. It established greenhouse gas-reduction goals of 8 percent in four years, 40 percent in 20 years and 84 percent by 2050.

Five years later, with most of the recommendations on schedule, council approved a revised plan that added new chapters on water, outdoor recreation and climate adaptation. The new goals were created with input from Green Umbrella, a regional nonprofit that promotes sustainability through collaboration with other organizations.

Oliver is working on a “dashboard” to track the city’s progress in implementing the recommendations — figuring out what advancements have been made, what roadblocks have emerged and who’s working to move the needle. That report will help the city decide where to focus its energy and resources, he said.

He hopes to have that ready for city council by the end of April, he added.

The city has made some significant accomplishments, he said. City government has led by example, Kroner said, by installing solar panels on 24 of its own buildings, which together produce 1.4 megawatts of electricity. The new District 3 police headquarters building is “net zero,” meaning it creates as much energy as it uses, he said.

City government made the city friendlier to electric-powered vehicles by offering owners a free pass for parking meters, said Green Umbrella executive director Kristin Weiss. It also worked with Nissan to bring the number of fast-charging stations for electric cars in the region from zero a year ago to 12 now, she said.

The city’s also made locally grown fruits and vegetables more available by upping the number of urban agriculture sites from 16 in 2014 to 27 at the end of last year, Weiss said. In addition to meeting the Green Cincinnati Plan goal of increasing urban food production, that also fits with Green Umbrella’s goal of doubling the percentage of produce produced and consumed in the Tri-State, she said.

Much of the progress toward sustainability has been made by nonprofits such as Green Umbrella, which is also helping the city implement the Green Cincinnati Plan.

Kroner cited as an example of those nonprofits Groundwork Cincinnati-Mill Creek, which works to “engage inner-city residents in urban transformation,” according to its website. The nonprofit served as project manager for Cincinnati Connects, a plan completed in December to weave together the region’s bicycle/walking trails.

“Any support we can provide these community nonprofits will be offered,” Kroner said.

Some of the Green Cincinnati Plan’s goals are very ambitious, Kroner said, and will require the collaboration of many different organizations. One of such goal is the replacement of the Metropolitan Sewer District’s Mill Creek incinerator with a system that would make fertilizer out of the solid waste now burned, as WCPO previously reported.

That will require the cooperation of the Hamilton County commissioners, who approve MSD’s budget. From cost, sustainability and quality-of-life perspectives, it would be a major step forward for the region, Kroner said.

He expects the city to continue to move slowly forward in attaining its goals. Progress is often the result of many small steps, he said.

“I’m pretty excited to be in this role,” he said. “This is where I want to invest my energy. I feel like there’s a lot of opportunity for impact.”