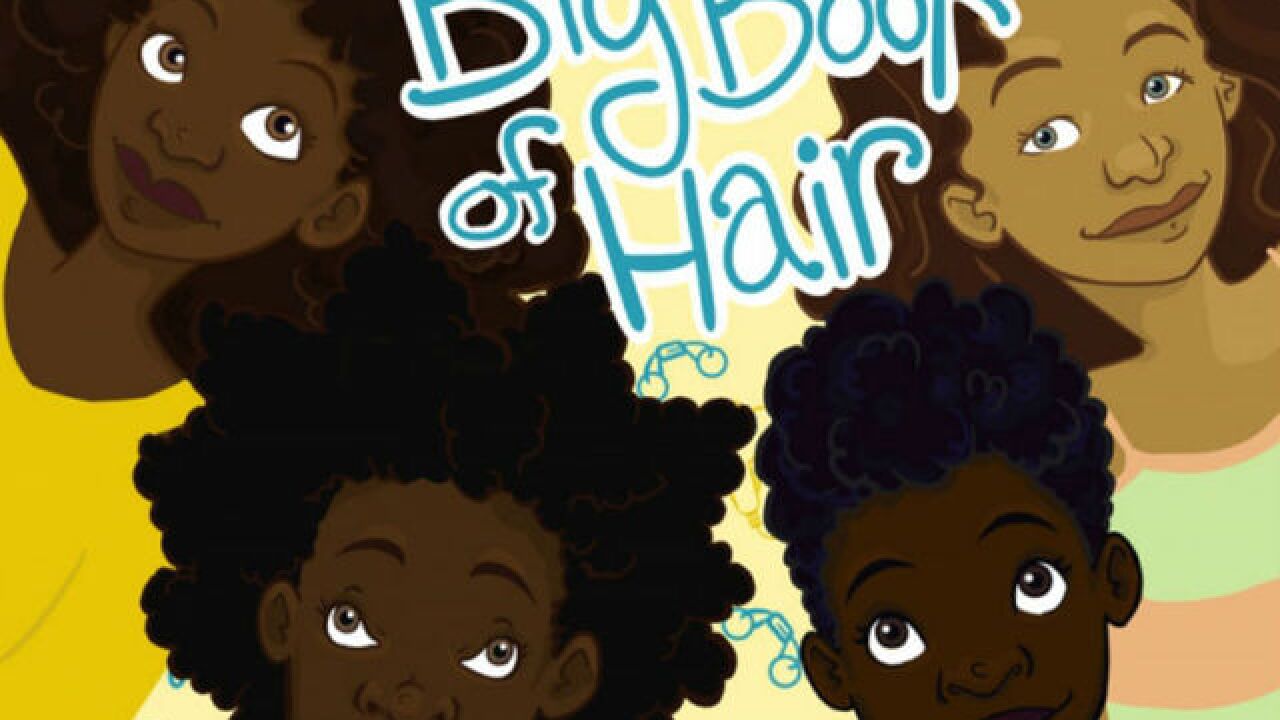 Copyright 2017 Scripps Media, Inc. All rights reserved. This material may not be published, broadcast, rewritten, or redistributed.
Yelitsa Jean-Charles, a graphic designer, created a line of dolls called Healthy Roots to help young girls embrace the diversity of their features. Each doll comes with a Healthy Roots book that teaches children how to care for and style natural hair. Photo provided

CINCINNATI -- A Cincinnati graphic designer and “visual activist” has launched a startup toy company that will give African-American girls dolls that look like them.

Yelitsa Jean-Charles, 22, landed in Cincinnati thanks to Venture America, an organization that connects creative, entrepreneurial graduates to 17 startup communities around the country. Since graduating from the Rhode Island School of Design, Jean-Charles has worked for Cincinnati startup companies Wyzzer and Lisnr.

She also has been developing her own company, Healthy Roots, a line of dolls that represent the variety of nationalities, skin tones and natural hair found among African-Americans. Jean-Charles will travel to China this spring to start production on the first doll, Zoe, and the accompanying book that shows children how to care for Zoe's natural hair -- and their own.

"The whole purpose of Healthy Roots is education," Jean-Charles said. "My main goal is to teach girls to embrace themselves and their hair."

Jean-Charles is the daughter of Haitian immigrants and was raised in New York and Delaware. In college, she said she began to be aware of subtle racism: a classmate saying to her that affirmative action promoted people who might not deserve it, for example, or a man saying natural hair wasn't as pretty as processed, straightened hair. She got involved with the Black Lives Matter movement and wondered how she could contribute as a woman of color and an artist.

A class project gave her the answer.

In a 3-D illustration class, Jean-Charles had to create a sculpture from one of her designs. She had drawn an African-American Rapunzel with long, natural hair, and the 3-D sculpture -- a doll, really -- struck her as something that should be in the hands of children.

"I never had a doll like this," Jean-Charles said.

It was only in college that she let her hair go natural, and she learned how to care for it through YouTube videos. She began asking friends, "Would you have wanted a doll like this?"

The answer was usually "yes."

She applied for -- and received -- a Brown University Social Innovation Fellowship and began researching demographics and talking with teachers and toy manufacturers, including Hasbro Inc. Then, she launched a KickStarter for Healthy Roots.

That money will cover the cost of a single-production run of the first Healthy Roots doll, Zoe, and her accompanying book. The majority of dolls already are promised to people who donated to the project's KickStarter, but Jean-Charles said people can still pre-order one through the website.

She hopes to continue production.

"This is not a doll exclusively for people of color," Jean Charles added. "Black girls have been playing with white dolls forever. Kids should have diverse toys. Period."