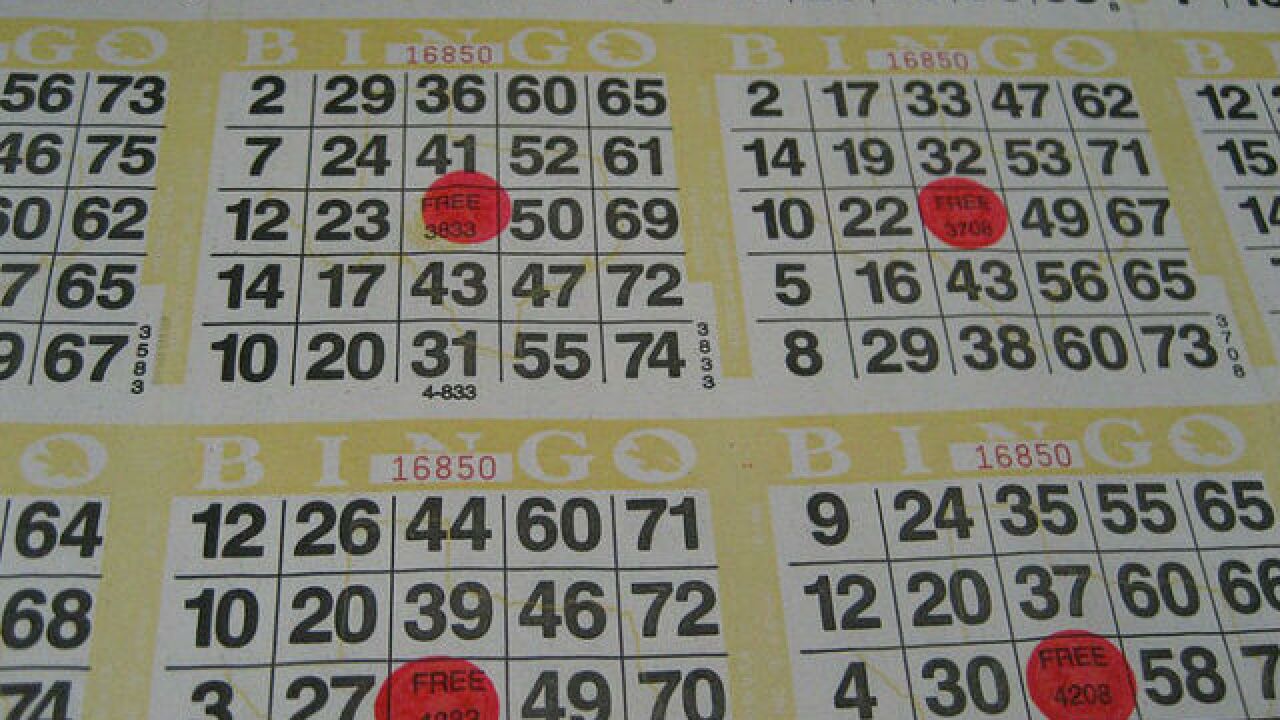 Copyright 2017 Scripps Media, Inc. All rights reserved. This material may not be published, broadcast, rewritten, or redistributed.
<p>Bingo games are a big fundraiser for local churches. (Public domain art)</p>

CINCINNATI -- It’s summertime, and that means one thing for local Roman Catholics: time for the local church to have its annual fair or festival.

These events are a major source of fundraising for local Catholic churches, the other being weekly bingo sessions. Some of those fairs and festivals will include bingo, as well as other games of chance such as raffles.

So, this seems like a good time to take a look at the value of bingo to local churches.

As nonprofits, churches are exempt from state laws that forbid you and I from running games of chance for profit, unless we own a casino. But the state regulates bingo pretty tightly, and churches report how much they’ve won and how much they’ve paid out.

According to reports made to the office of Ohio Attorney General Mike DeWine, which enforces the state’s charitable gaming laws, churches and Catholic organizations in the 513 area code grossed $10.3 million in bingo proceeds from Nov. 1, 2015, to Oct. 31, 2016.

After expenses, that amounted to net income of $1.2 million.

The church that earned the most net income from bingo was St. Martin of Tours, which earned $165,600 on gross receipts of $1.1 million. That’s a profit margin of about 15 percent.

St. Jude’s bingo has rebounded nicely after it experienced a rough patch about five years ago, said Ken Schultz, the church’s business manager.

According to state records, during the 12 months ending in October 2012, the church netted only $54,000 from bingo. It was facing increased competition from other gaming outlets such as casinos, he said, and it was increasingly difficult to get volunteers to run the bingo sessions, Schultz said.

Bley did a great job revitalizing and updating the bingo sessions, Schultz said, as well as recruiting more volunteers. Church leaders helped out by letting parishioners know the value of the bingo as a subsidy for tuition at the school.

Without the bingo, Schultz said, parents would have had to pay about another $100 in tuition per child.

According to state records, over the past five years, St. Jude boosted its bingo revenue by 27 percent, which is one reason it boosted net revenue by 132 percent. But the bingo also became more efficient, with expenses rising only by 19 percent.

Bley has created a clean, neat bingo that attracts players from throughout the community, Schultz said, not just from the church. In fact, there are relatively few parishioners in bingo sessions, he said. Most players would see St. Jude as their Friday evening stop on the local bingo circuit, he said.

According to state records, in the year ending last October, 136 organizations in the 513 area code had licenses to do bingo. Not all of them conducted weekly bingo sessions, and only 54, or 40 percent, were Catholic organizations.

In fact, none of the top nine bingos were Catholic organizations. But the top nine included one church – albeit not a Catholic one – St. Ilija Macedonian Orthodox, which grossed $2.6 million and netted $250,000.

According to the most recent filing Park Montessori made with the Internal Revenue Service, the school had $343,000 in net revenue from bingo during the fiscal year ending June 30, 2015. That amount was more than six times as much as revenue from tuitions, $52,000, and represented 88 percent of its total income of $420,000.