Go on a 'Hayride' during this King Records Month event 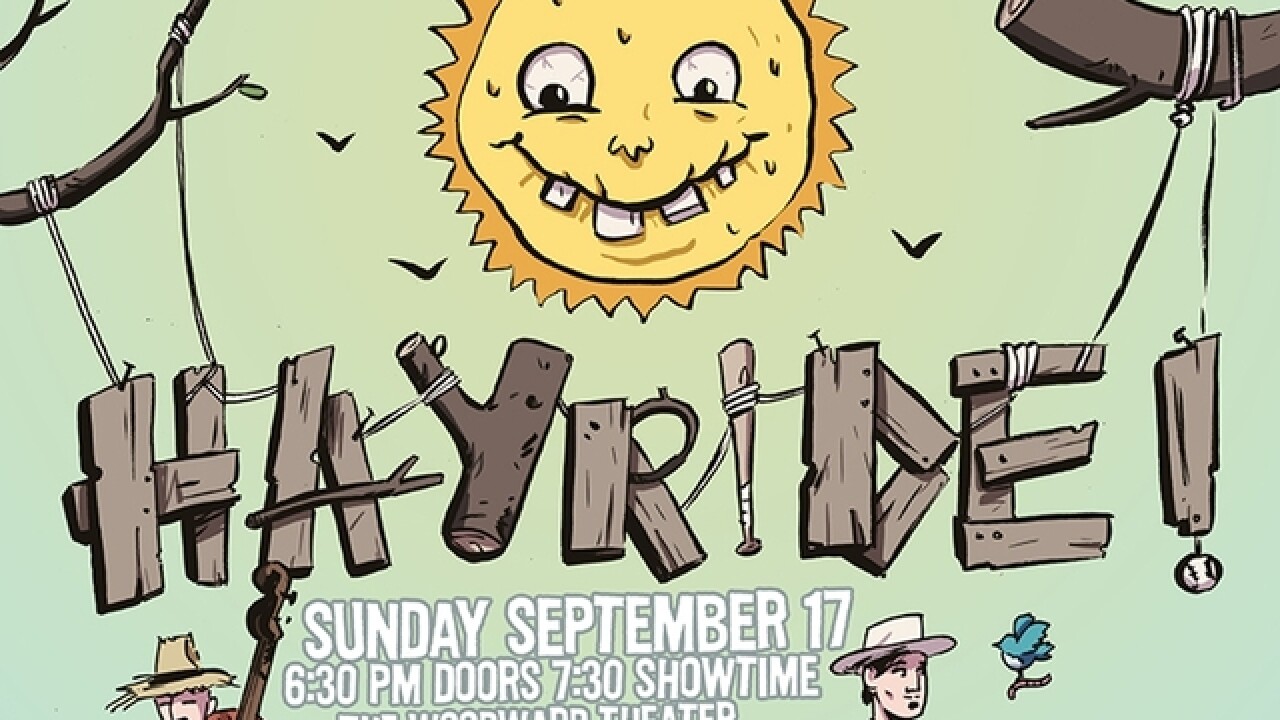 CINCINNATI – Cameron Cochran knows most people in their 20s or 30s have likely never heard of “Midwestern Hayride.”

Their parents, though, probably remember WLW’s country music variety show, which aired from 1937 until 1972, he said.

“If you ask somebody who is 50 to 80 years old, they will tell you about the ‘Hayride,’” said Cochran, a steel guitarist who lives in Northern Kentucky. “It’s a big deal to them.”

“This show is the reason Cincinnati had King Records,” he said. “WLW was the place to go when you were a hot musician in town. And that's how Syd Nathan started King Records.”

Cochran said that shared history is why he is hosting “Hayride!," a tribute concert to the original "Midwestern Hayride," at 7:30 p.m. Sept. 17 at the Woodward Theater in Over-the-Rhine.

September is officially King Records Month in Cincinnati. It is also the same month that Nathan started his record label in 1943 with the help of two WLW radio performers, Grandpa Jones and Merle Travis. Before its demise in 1975, King Records launched the careers of James Brown and other musicians.

Cochran said his tribute concert will be a show within a show. Just like the original “Hayride” there will be country-centered musical acts and comedy skits. Threading those performances together will be Cochran, playing the part of a man trying to launch “Hayride.”

“It’s going to be two acts in the old country variety show format,” Cochran said. “The comedy revolves around me trying to get the show off the ground. In the show, I am also kind of learning about the music history of Cincinnati.”

Cochran said he spent five years putting his show together and researching the history of the original “Hayride.” He learned WLW created the program, originally called the “Boone County Jamboree,” to justify its powerful 50-kilowatt radio station signal, which broadcast from New York to Florida.

“To legally justify it being this giant radio broadcast station was why the original show was created,” Cochran said. “This idea of a country music variety program for farmers was the justification for its broad signal reach.”

In 1948, WLW also adapted “Midwestern Hayride” for television. NBC and ABC broadcast the show nationally in the 1950s.

Cochran drew upon the memories of his mentor, fellow steel guitarist Chuck Rich, for the tribute. Rich performed on “Midwestern Hayride” from the 1960s until its cancellation.

“I grew up in Michigan, and during the '50s and very early '60s, I worked radio and TV in the Detroit area,” said Rich, who now lives in Greater Cincinnati. “In the early '60s, WLW contacted me about joining their music staff. Some of my best memories are working with the professional people that were part of the ‘Hayride.’”

Rich joined Cochran earlier this month to promote the tribute show with a small performance at Shake It Records in Northside. Cochran will perform a free show at 7 p.m. Thursday at the Erlanger Branch of the Kenton County Library and another at 2 p.m. Sept. 16 at the main branch of the Public Library of Cincinnati and Hamilton County.

“As far as the show at the Woodward Theater, I think it is great what Cameron’s doing,” Rich said. “So many people today were not around when WLW had all this live programming and [know] how big it was in those days. By doing this, Cameron is showing a little bit of what it was like.”

Cochran said a long list of local talent who helped craft the tribute show also will perform in it.

“I grabbed my friend Caroline Craighead in November, and that is when we came up with the format of the show,” he said. “The Midwestern Swing band and I started writing original content and music for the show. I have a steel guitar that Keith Neltner of Neltner Small Batch let me borrow that Hank Williams used to learn on.”

Tickets for the Woodward Theater show are $10; buy them at the Woodward or online at www.woodwardtheater.com.

“I have been wanting to do a country music variety show for a long time, and I have finally got the pieces of the puzzles together to do it,” Cochran said.