GE at the Banks: Cincinnati has a new talent magnet 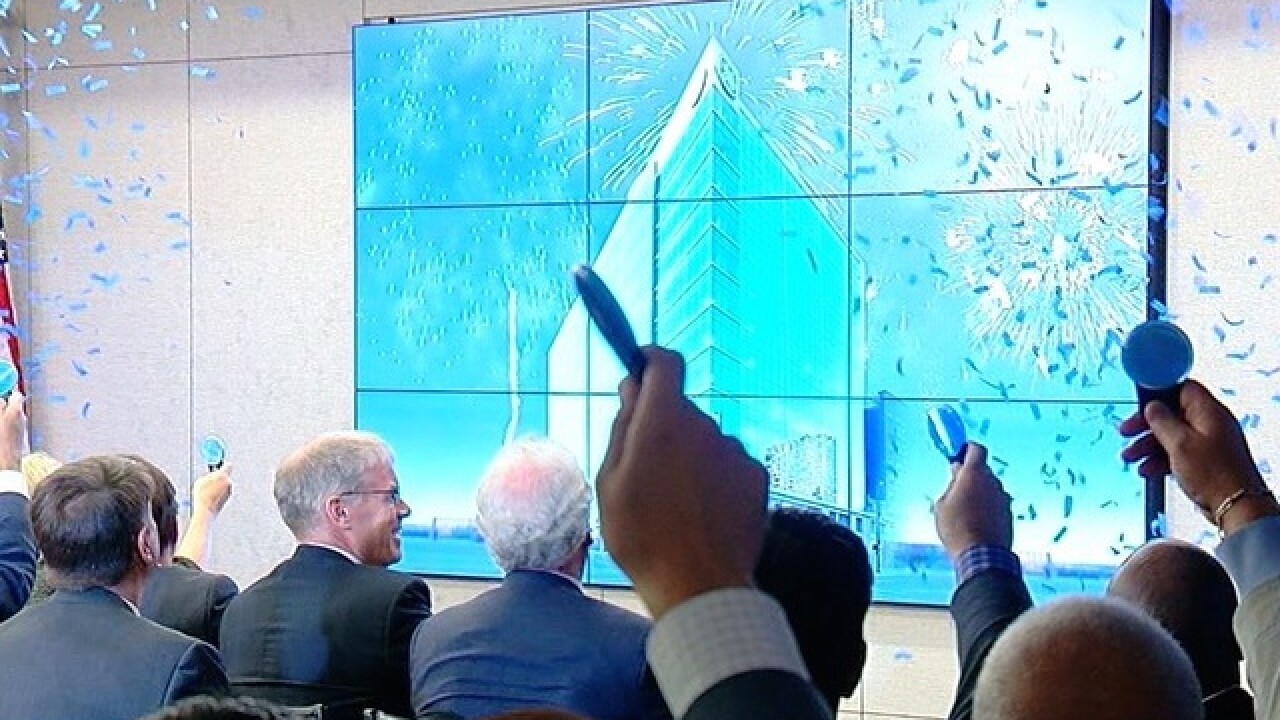 <p>GE celebrated the opening of its Global Services Center at The Banks in October, 2016</p>

"I think you’ll really love having this next investment here," said CEO Jeffrey Immelt, who grew up in Finneytown. "We are living proof that the people in this town don’t have to be afraid of anything, that we can take on anybody in the world and we can win because we’re innovative, we’re competitive, we try hard and we do all the things you’re supposed to do to be good citizens, good for investors and good for our team."

It’s the third of four global operations centers GE plans to use to manage its business, research, accounting and legal resources. Two centers have previously opened in Budapest and Shanghai. A fourth is scheduled to open next month in Monterrey, Mexico.

The Cincinnati facility is expected to hire 1,800 by the end of next year. Already, its staff of about 1,000 includes a work force that is 52 percent female, representing 21 nationalities, speaking 25 different languages. Immelt likes the urban environment that the Downtown site affords the new center.

"You can walk out the door every day and you’re seeing other ideas, other people, universities, the vibrancy of a city,” he said. "We want to be in places where we can learn from others, and we’re part of an active flow of ideas. We see that in Boston. We also see that here."

Cincinnati Mayor John Cranley said GE’s investment is a "huge honor for our city," which competed against multiple U.S. locations and provided more than $100 million in state and local tax incentives to encourage the move.

"Cincinnati has seen a great renaissance," Cranley told the crowd. "This is an exclamation point to that renaissance."

Immelt said the project will generate $1 billion in increased economic activity for the city within two years, including new spending by employees and the opening of new offices by vendors that want to do business with GE. It’s also attracting talent from outside Cincinnati and outside GE.

"It’s about 80 percent that was non-GE," said Joe Allen, general manager of the Global Operations Center, in describing the roughly 1,000 people hired to date. "How many came from outside the Cincinnati area is hard to say. But it’s a large population."

"Legal process expertise is quite a nice surprise to be able to put that together with our commercial teams," he said,

"It probably has to do with the large network here of financial institutions," Fitzsimons said. "I think the combination of compliance, legal, regulatory here is actually very strong."

Beyond the talent that GE has attracted to The Banks, the company is promoting a culture of learning within the building itself.

A "performance development" app invites workers to rate their employees and bosses on their strengths and areas of potential improvement. A roving robot named Alva lets bosses and colleagues join meetings remotely. Allen and Fitzsimons have both enrolled in software writing courses to reinforce Immelt’s recent edict that all new hires should "know how to code."

"The energy that the building is creating, it’s helping to foster the culture that we want to create here," Allen said. "Part of the reason we wanted to be here is the city was going through a transformation just like GE was."