'Netflix for board games' may get you to log out 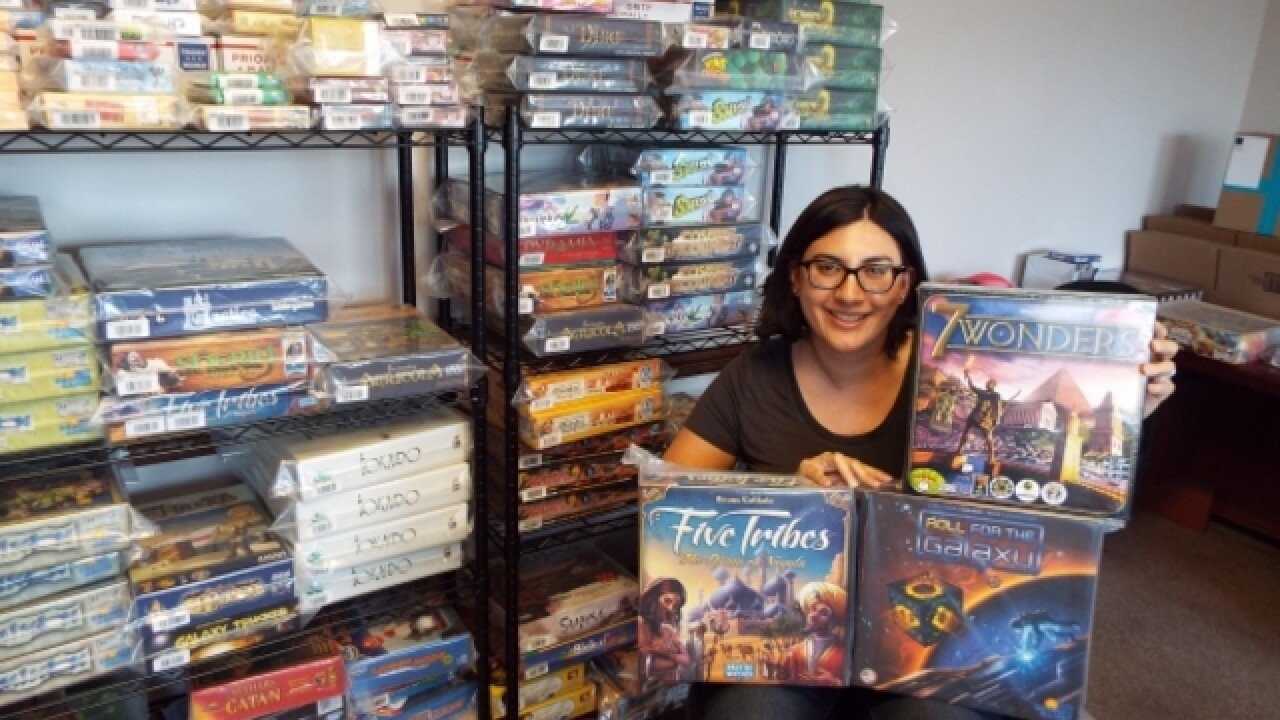 Kevin Eigelbach/WCPO contributor
<p>Amanda Gonzalez Grossmann, founder of Gamejoule, poses in her Covington office with some of the hundreds of board games her company owns and rents to customers.</p>

COVINGTON, Ky. - It’s easy to sum up Covington-based Gamejoule as the Netflix for board games, but founder Amanda Gonzalez Grossmann bristles at that. Why? Because, she says, it’s so much more.

Grossmann is on a mission to bring back family game night, especially for video-obsessed millennials like herself.

“We are going to revolutionize the way people find and play board games,” she said.

Customers pay a monthly subscription fee of $25, $30 or $35, depending on the size of the box of games they want Gamejoule to ship them. They keep the games as long as they want, but when they return them, using the shipping label provided, Gamejoule sends them a box filled with different games.

For each game, Gamejoule provides a QR code that links to a YouTube video about how to play. That alleviates a common “pain point” of the gaming experience, Grossmann said.

When customers sign up, they answer a questionnaire about their gaming preferences. Part of the company’s secret sauce, Grossman said, is its system for rating games and matching them with players.

Customers can also buy games they like, at prices discounted based on how many times the game has been rented.

Grossmann’s husband and co-owner, Matt, a lifelong games player and mechanical engineer for General Electric, introduced her to board games six years ago. A frustration for them was that they couldn’t try games before they bought them — and many of the best games retail for up to $50.

In November 2014, she conceived of Gamejoule, and in March 2015 quit her job as a product and marketing researcher with Procter & Gamble. A month later, she applied to the UpTech business accelerator in Covington, was accepted and graduated in March 2016.

Since then, the company has received a total of $40,000 in UpTech investment money. Grossmann has also invested $10,000 of her own money.

“It’s a good opportunity to bring technology to a space that’s not really that technologically advanced,” he added.

The Economist reported in October 2015 that consulting firm ICv2 believes the market for hobby games in the United States and Canada alone is worth nearly $1 billion annually, with double-digit annual growth for the previous five years.

Is it making any money?

Grossmann declined to share revenue figures. The company now ships to 12 states, she said, and has requests to ship to Australia and the United Kingdom.

Any problems with missing pieces?

Not so far. On its website, the company asks customers to treat the games as they would their own, she said, and that has worked. If a game comes back so damaged that it is unplayable, she said, the company can bill the customer for the cost.

Of those still in print, she likes “Caverna: The Cave Farmers,” which she describes as a massive game about ruby mining. When the business grows large enough, in the same way Netflix has its own exclusive content, she’d like to start publishing her own games. Those would ideally include out-of-print titles such as her personal favorite, “Glory to Rome,” a card-based city building and resource-management game.

Where did the name “Gamejoule” come from?

The “joule,” pronounced like “jewel,” describes the precious games that the company finds for its customers. “We mine the gems for you,” as Grossmann says. But a joule is also a unit of energy, which she said evokes the energy of game nights.

It’s not “Gamejewel,” because that Internet domain was not available, she said, but it’s also an unwritten rule that “you have to have one of those startup names where it’s spelled weird.”