New company is part of this year's Brandery class 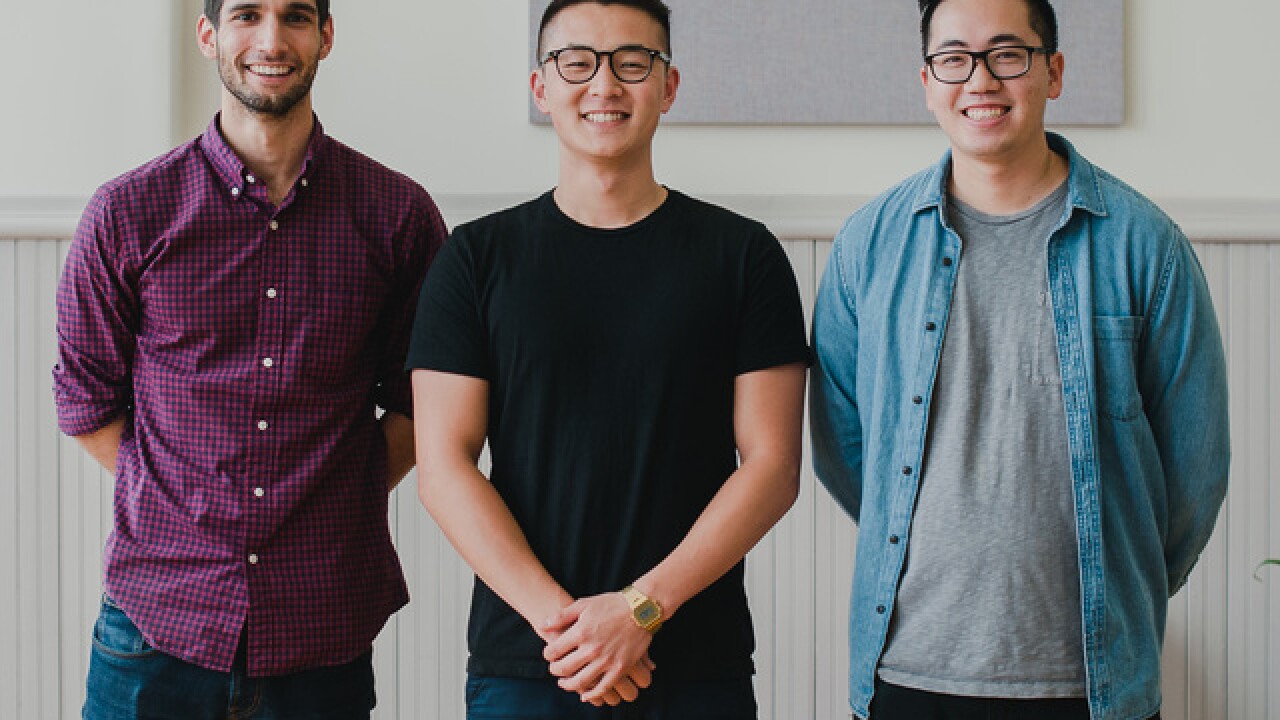 This is the fourth in a seven-part series introducing the new class of The Brandery, an Over-the-Rhine seed-stage startup accelerator. Each day this week, we'll focus on one startup or business selected to participate in this year's program. Today: Gainful

CINCINNATI -- Ever walk through a store and feel intimidated by the products you're there to buy?

That's how the founders of Gainful felt when they walked through a popular health-supplements chain store.

"Everything is marketed in a super-obnoxious way," Eric Wu said, with every product featuring pictures of some "big, sweaty, bodybuilder guy." They seemed made to make the customer feel inadequate, he said.

That experience prompted the founding of Gainful, one of seven new startups at The Brandery business accelerator in Over-the-Rhine.

Gainful makes personalized protein powder and retails it at gogainful.com.

On the website, customers answer questions about their age, body type, height, weight, exercise habits and why they want to take protein powder. Then the company's algorithm matches that information to what the company hopes is the perfect blend for them.

Then the three members of Gainful -- Wu, Jahaan Ansari and Jeffrey Yan -- mix the powder at Over-the-Rhine's Findlay Kitchen and ship it out. They use ingredients such as whey protein, cocoa powder and stevia sweetener that they source from wholesale distributors all over the country.

The company also has hired a registered dietician, whom anyone can make an appointment to talk with, Wu said.

Who are these guys?

Wu has worked as a quantitative marketer at some venture-backed startups, and as chief operating officer for The Hilltop Microfinance Initiative in Washington, D.C.

Yan most recently worked on automated tests for the NISAR satellite at NASA's Jet Propulsion Laboratory. Ansari is still an undergrad at the University of California, Berkley, where he's been studying computer science and chemical engineering.

They're all 22. They went to high school together in Southern California, where they met because they all played soccer.

How long have they been at this?

Not very. Wu began working on Gainful around the first of the year, with Ansari and Yan joining him a month later.

They've been selling their product since May, and things have snowballed since. Over the past 30 or so days, orders have grown about 80 percent each week, Wu said. The company grosses about $1,300 in sales weekly and does about 30 orders a week.

None of that would have happened, Wu said, without The Brandery and the $50,000 seed investment it makes in the startups it accepts. The Brandery also provides mentors, such as Brett Stover, a Walnut Hills strategy and marketing consultant.

What does he think?

He likes the company because the guys are riding two big trends in business today, he said, those being health/wellness and customization of products.

He thinks the company's No. 1 priority ought to be identifying its target customers, the 20 percent of all the customers who provide about 80 percent of the profit. That's a ratio you find in almost every business, he said, and marketing to that 20 percent is vital to startups.

Spicefire, a local ad agency, has provided Gainful with some beautiful packaging options for its products, Stover said. Those will help the company hone its brand expression, he said.

"We hope to be a very photogenic company by the end of The Brandery," Wu said.

What have they learned about owning a business?

It has its ups and downs. Some days they arrive at The Brandery at 9 a.m. and leave at 10 p.m., then make protein powder until 2 a.m.

"In the beginning, we struggled to get traction with sales … that was very scary for a few days," Wu said. "There are all sorts of things to worry about … But other days, it's like being on cloud nine."

"We're having a blast," Ansari said. "Every day we're making strides. … The fact that we're in a place where we can literally accelerate our growth is really exciting."