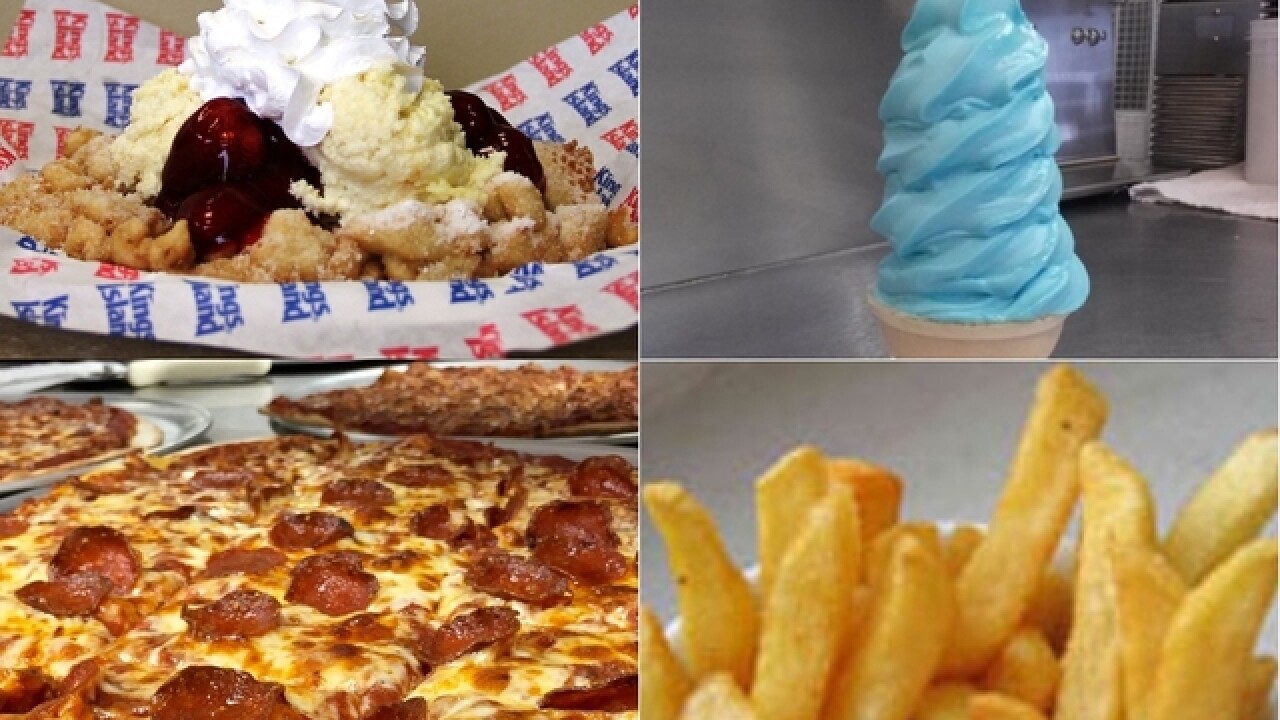 There are certain things that are just so Classic Cincinnati -- from holiday traditions to food to celebrations. As a Tri-State native, entertainment reporter Brian Mains loves either remembering or learning about them. That's why he decided to write a monthly column celebrating the Queen City's unique heritage.

For more than 40 years, Janet Richards has watched visitors flock to Kings Island each summer.

“I started as a line employee in what was Gulver’s Gallery in 1976,” Richards said.

Kings Island hired her for the food service job when she was a senior in high school, four years after the park opened in 1972. Richards never left; she currently works as the park's manager of food purchasing.

REMEMBER THIS: King Cobra kept Kings Island visitors on their toes for 17 years
AND THIS: For 20 years, Timberwolf Amphitheater provided the soundtrack to our summers
ALSO: Here are nine Kings Island rides we wish had never gone away
FIRST LOOK: Smoked meats star of Kings Island's new eats

As a decades-long employee, Richards knows the rides reign supreme at Kings Island. However, she said, classic foods also appeal greatly to longtime park visitors: Whenever she tells someone about her job, it usually sparks a discussion about their favorite Kings Island food.

LaRosa's has served pepperoni and cheese pizza by the slice or pie in the park since 1972, and Richards is certain Kings Island's atmosphere is what makes LaRosa’s taste better there.

“Everybody swears we have the best LaRosa’s,” she said.

Richards said she has seen at least two other foods with cult followings in the park: Kings Island’s freshly cut french fries and blue ice cream.

The fries are a food item “we could never get rid of,” she said. The original park stand that sold the deep-fried spuds still exists near the train depot, and the park has added a second location in recent years to accommodate demand.

The third item enshrined on Kings Island's food lineup has a different name depending upon the age of the visitor. For some it always will be the Smurf cone; others know it as the Huckleberry Hound cone. Many now refer to it simply as blue ice cream.

Kings Island introduced the blueberry-flavored soft-serve treat in the Smurf-themed children’s area of the park in the 1980s. It went by “Smurf cone” until Kings Island rebranded the children's park in 1993.

That was the year the cone achieved legendary status, according to Kings Island public relations area manager Don Helbig.

“In 1993, when they removed the Smurfs they also removed the blue ice cream,” Helbig said. "There was such outrage that we brought it back by June that season.”

“It was like a riot,” Richards recalled of the uproar.

Blue ice cream remains at Planet Snoopy and is also now sold at other locations throughout the park.

Not all foods served at Kings Island over the years were as beloved. Over the years, the park phased out the doughnuts, cookies and other desserts at the Cafe Parisienne Bakery on International Street, malts and hand-dipped ice cream at the old-fashioned St. Ice Cream parlor and fried chicken at the former Columbia Palace.

Many park eateries also faded over time, including the full-service International Restaurant at the park’s entrance; the Sweet Tooth, which served soft-serve ice cream; Burger Bistro, with its burger baskets; and Sipper Carts, which sold collectible juice cups for children.

“I used to get a hot dog with chili and a large Sprite from the Lunch Basket every visit during the 1980s,” said Richards of another defunct park eatery. “The associates that worked there always had it ready for me by the time I reached the window. They knew what I was going to get.”

The Oktoberfest Bier Garten was located near Adventure Express and the Viking Ship. It sold brats, sauerkraut and German potato salad. Richards said Hank's Burrito Shack replaced the beer garden a few years ago after German food fell out of favor with park visitors.

“That’s one thing I was disappointed with when it went away,” Richards said.

Popular chain restaurants replaced many of the original food places; some, such as Graeter's, simply took the place of predecessors like the Sweet Tooth.

What Was Old is New

Some bygone food options have started reappearing in the park, Richards said.

“I keep laughing and saying we’ve gone around full circle,” she said. "So many times we go away from something and then go back to it.”

In 2013, Kings Island brought back a full-service restaurant. The Reds Hall of Fame Grill is located inside the home of the former Columbia Palace.

In 2016 Kings Island added specialty waffles, akin to those sold in the park years ago, at funnel cake stands.

“We want people to get their own build-their-own experience,” said Nathan Gushulak, one of Kings Island’s chefs. "They can see their toppings, like fresh strawberries. They can customize it, very much like a Chipotle concept.”

This season , Kings Island's new executive chef James Major is introducing St. Louis-style ribs, pulled pork, Queen City sausage, smoked tri-tip, hush puppies and ears of corn at the park. Those items will be served at the new Coney Bar B Que restaurant, which park employees built along the Coney Island Midway during the offseason.

The constant food option updates are good news for Richards, who said she enjoys her job and doesn't plan to retire anytime soon.