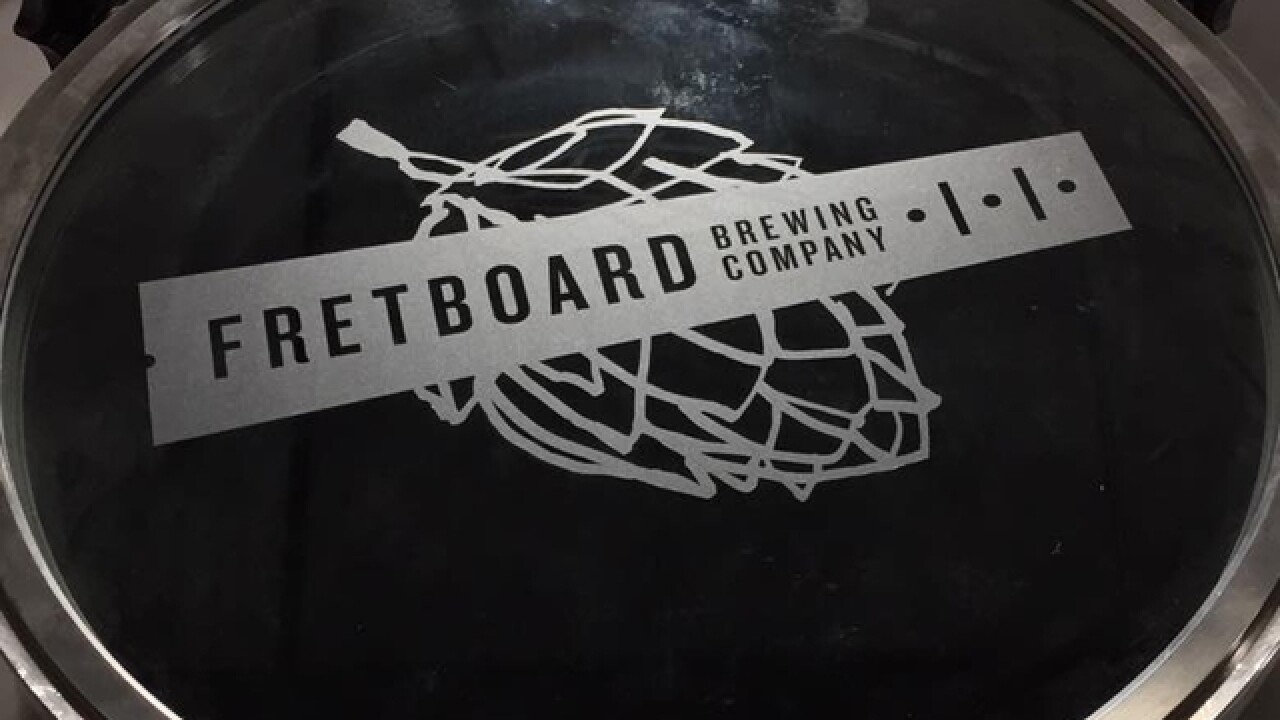 The owners of Fretboard Brewing Co. promise that will happen whenever someone buys a pint of S23, a session IPA, once the brewery opens in the fall at 5800 Creek Road in Blue Ash.

“I think there is a lot of people who want to donate, but they are too busy,” said Joe Sierra, one of Fretboard’s three owners. “This takes something you do already, go to a bar and buy a pint, and now you know you are helping someone out.”

Sierra said that for every glass of S23 that Fretboard sells in its taproom, the brewery will donate 50 cents to the nonprofit Behind the Badge Inc. Fretboard also plans to match every quarter that local bars and restaurants donate from their S23 sales to the nonprofit.

Behind the Badge, a nonprofit started by Covington police officers in 2014, will use the proceeds to create a "heroes" fund that supports the families of fallen or injured local police officers, firefighters, and military members, according to one of the organization's founders.

“The fund will provide immediate monetary service to the families of local police, firefighters and military who need it,” said Ryan Eldridge, a Covington police officer and Behind the Badge's co-founder.

The charitable goal of S23 is personal not only for Eldridge, but Sierra as well. He named the beer in honor of his brother, Eric Sierra, a Cincinnati police officer who died of a brain aneurysm in 2014. Joe Sierra, along with business partners Jim Klosterman and head brewer Brad Plank, first brewed and sold S23 more than two years ago, with the help of Rhinegeist Brewing, to raise money to establish a fund for Eric Sierra’s children.

Joe Sierra and Eldridge first met in January 2015 at an S23 fundraiser.

“We got to talking about what we do in law enforcement and giving back to the community and local heroes,” Eldridge said. “It just happens I just got my 503(c) (nonprofit status).”

Eldridge said during that conversation, he told Sierra about what he and his fellow officers initially hoped to accomplish through Behind the Badge.

“We protect and serve our community,” Eldridge said. “We wanted to create a nonprofit organization that does that for our community as well. We decided our community is going to be our mission by making sure we can raise money to support other nonprofits and individuals in our community.”

For the past three years, Behind the Badge has donated money to other local nonprofits and individuals in need, as identified by fellow police officers, Eldridge said.

Sierra said he thought of Eldridge's organization after he and his partners finalized Fretboard's business plans in April of this year.

“It’s absolutely critical that we are engaged with the community,” Sierra said.  “In my mind it has to be that way. And I want to keep any money raised in the Tri-State. It’s very deliberate to keep the money local.”

Eldridge said when Fretboard's owners offered the additional money raised through S23 sales to Behind the Badge, he knew it was time to expand the nonprofit's mission and establish the heroes fund.

Sierra said once launched, Fretboard will regularly update customers on the amount of money S23 sales raise for Behind the Badge.

“We’ll keep track of it and update either monthly or quarterly,” Sierra said. “It’s important that we update everyone with where the money is going.”

RELATED: Read more Cincinnati beer stories and the history of brewing in the Tri-State.