Frameri, an Over-the-Rhine eyewear company, now has locations in 15 states -- with more to come

Its interchangeable lenses and frames are popular
Posted: 7:27 AM, Jun 14, 2017
By: Liz Engel | WCPO contributor 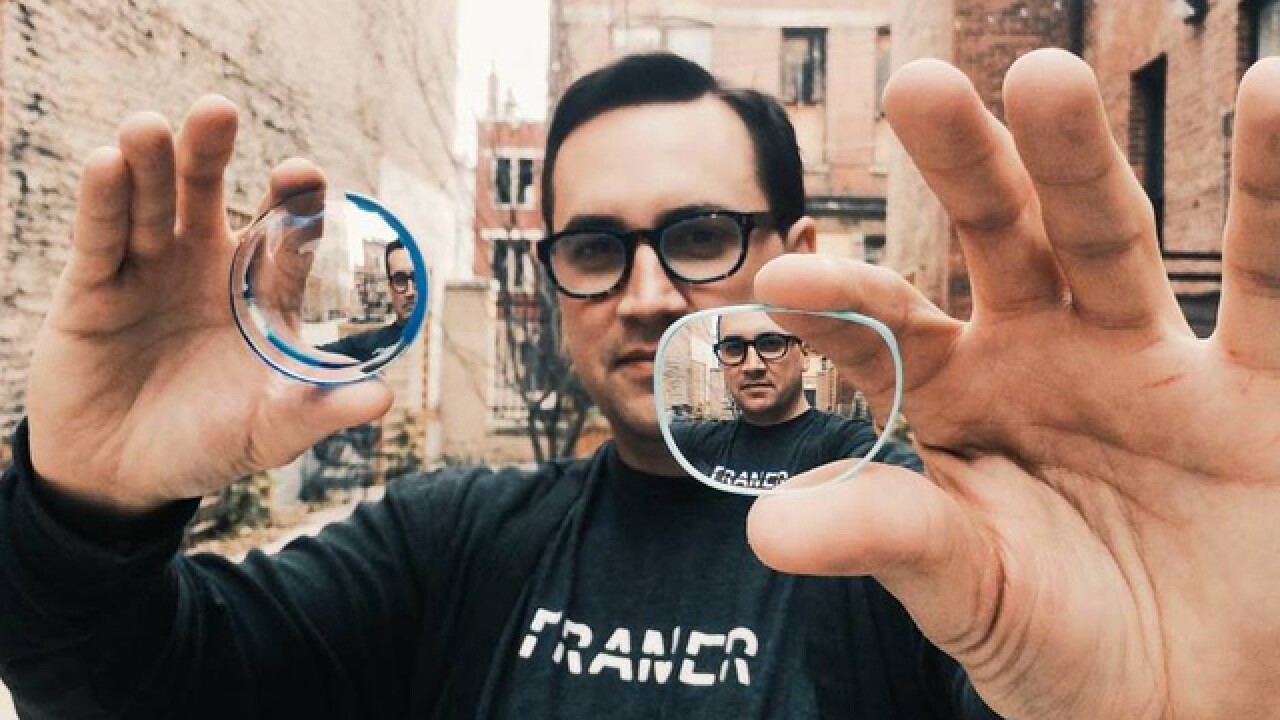 CINCINNATI -- An Over-the-Rhine eyewear company is setting its sights outside Cincinnati as it enters its fourth year in business.

Frameri, a brand known for its interchangeable lenses and frames, has partnered with eye care practices across the country -- so far about 28 locations in 15 different states -- to carry its product. Longer term, the company hopes to mimic its Vine Street showroom in other cities such as Chicago or Dallas, where there are already discussions in the works.

The goal is to increase exposure, said Jacquie Webb, customer success manager at Frameri. She's part of a virtually new team on the ground, including CEO Sam Pellerito, who took the reins from co-founder Konrad Billetz in March.

Billetz has since moved to North Carolina to upstart Offset Solar, an energy company that aims to aid in the distribution of solar power. Pellerito started at Frameri shortly after its 2013 graduation from The Brandery, a business accelerator.

"This concept is something different, new and exciting for independent eye care professionals around the world," Pellerito said. "A significant portion of the eyewear industry is still that brick and mortar; online is a small piece of the business. It's very important that people touch, and try on, and feel the glasses that they want to wear. The hardest part, but something that we're wanting to test out, the independent eye care professionals, the optometrists who own these practices, is telling our story through them. It's not easy, but we're excited about it."

That story is, in part, as follows: Billetz was shot in the eye with a BB gun at age 11, an injury that permanently altered his vision. His frustration with glasses later inspired him to start Frameri. The startup is now entering its fourth year in business, bolstered by an appearance in 2015 on ABC's "Shark Tank," in which budding entrepreneurs present their business ideas to a panel of industry titans.

"It's still a really big selling point," said Webb. "People come in (the store) all the time, and they're like, 'What? That's so cool!' "

Billetz didn't take the deal on the show, but it opened the door for a partnership with Hoya Vision Care, the second largest lens manufacturer in the world.

"They said our concept, being able to swap frames and lenses easily, has a lot of potential in the eyewear space outside of store and our online program," Pellerito said. "People like to switch up their look. And a partnership was a great opportunity to help supplement what we do."

Frameri has now expanded into Colorado, New York, Tennessee, California, Pennsylvania, Washington, Oregon and more. Locally, they can be found at most Wing Eyecare locations, as well as Edgewood Eye Center in Kentucky.

Webb said they hope to double or triple the number of partner practices this year. Frameri is offering a referral bonus to its customers who help spread the word. For the eye care centers, there are also incentives for meeting certain sales thresholds.

"Forty percent of our customers re-buy (our product)," Pellerito said. "If using the traditional number that the industry tracks, the multiple pair rate, only 5 to 8 percent have more than one pair of prescription glasses. Frameri customers tend to have two or three pairs, because it's so easy to swap a lens between the different styles."

Frameri offers four collections of frames for both men and women. The retail price for frames is $169. The cost of lenses varies, but starts at $50.

Overall, the company's gains are part of a larger expansion goal, to open more of its own stores. The Vine Street spot started as a holiday pop-up shop before becoming a more permanent retail space. It's a concept that can be easily replicated, Webb said, in cities such as Dallas or Chicago. Expect to see more styles released more frequently in the next six months.

"All of this is kind of up in the air as far as timing, but we'd love to see Frameri in more locations, because our store in Cincinnati is something very special," Pellerito said.

"I don't think we ever really expected, one, to have a brick-and-mortar store for longer than two months, let alone almost two years now, and we never really expected to be in this wholesale type of program," he added. "In this business, you're always competing for board space; differentiating yourself. To be able to do that with the team that we have right now is pretty awesome."