After a recent spill nearby, a planned sewage pipe in Northern Kentucky meets opposition 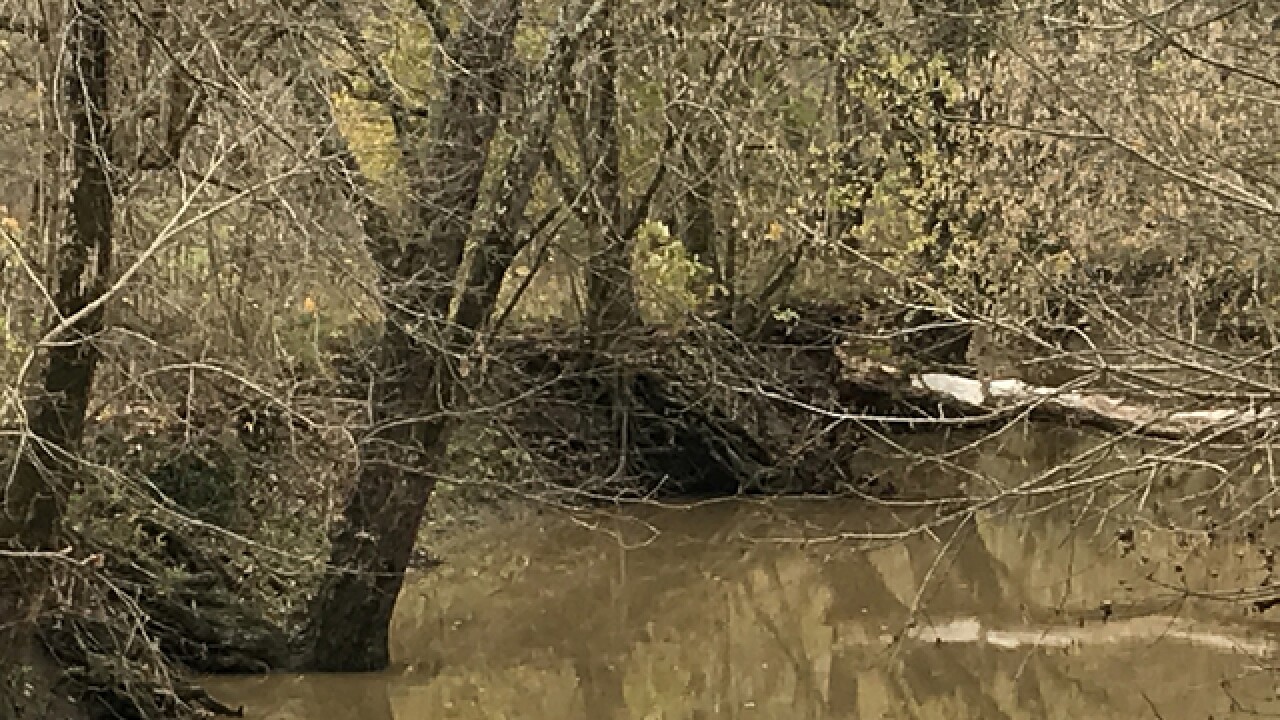 Copyright 2017 Scripps Media, Inc. All rights reserved. This material may not be published, broadcast, rewritten, or redistributed.
Vickie Ashwill | WCPO contributor
<p>Four Mile Creek along Camp Springs is brown from recent rains that bring sediment into the creek. Sanitation District No. 1 has a plan to install sewer pipes beneath the creek, which some residents don't want.</p>

CAMP SPRINGS, Ky. -- A sewage spill in Banklick Creek has folks along Four Mile Creek concerned about a proposed forced main that will go under that creek.

The concern is that erosion will eventually cause sewage pipes to be exposed, like in Banklick Creek, and raise the risk for further breaks and spills.

More importantly, SD1 officials say the project will reduce sewage overflow into the creek, which flows into the Ohio River.

Although homeowners would prefer pipes not be located in or around streams, SD1 officials say that's impossible in Northern Kentucky, where streams and creeks are abundant.

Anna Zinkhon, whose farm borders Four Mile, is helping to lead the charge to stop the forced main that would partially run through Camp Springs.

She and nine other property owners along the creek have resisted signing an easement release to allow the construction, and what happens next is up to the Kentucky Court of Appeals. The Campbell County Circuit Court stayed any construction in the meantime.

Reassurances haven't convinced them that the pipes are beneficial to the environment or that construction won't do damage to Camp Springs' historic stone houses, she said.

The Banklick spill happened because a temporary pump, installed when a pipe was being repaired in the creek, failed. The spill killed fish and left sewage in and around the creek in late summer. SD1 has since repaired the original main pump.

Zinkhon said she and her neighbors' concerns -- from possible pipe exposure from erosion to water quality to destroying trees during construction -- haven't been resolved.

New rules take pipes 10 feet below a creek bed or encase them in steel, said Rich McGillis, senior director of operations for SD1. If it's steel-encased pipes, which will be used on new construction and replacement work in other locations as well going forward, should last 100 years or more.

SD1 policies also require that land is repaired in construction areas, said McGillis. They've put down seed and planted trees in other projects.

Exposed pipes are everywhere in the Banklick Creek Watershed, said Nicole Clements, watershed coordinator for the nonprofit council over the 58-square mile watershed.

"It's important to note that they weren't installed that way," Clements said, noting that wastewater popes were originally buried under or near creeks. "There's been so much erosion that the creeks are deeper and wider and pipes being exposed. That is a real concern."

"When we started going on this journey (with inherited storm water pipes) we started talking about how much of this we can fix," said Jim Gibson, director of integrated watershed management for SD1. "Our people started noticing stream bank erosion in 2006. That affected our water quality."

SD1 also didn't own many of the stormwater pipes until 2009, when cities and counties in Boone, Kenton and Campbell counties transitioned ownership, said Rachel Wells, communications specialist for SD1. The last of the pipes in the region were transferred to SD1 in 2013.

Mackey McNeil, who experienced the recent pump fail in Banklick Creek on her property, said old pipes are exposed and that still concerns her. The pump has been fixed, but "I want a comprehensive plan, some kind of idea for the creek" as they move forward, she said.

One solution to erosion is wetlands. Clements said the Banklick Watershed will likely start construction next year on a wetland in Independence what will help slow the amount of water flowing into nearby waterways. The nonprofit's funding is coming from the Kentucky Department of Water through the EPA Clean Water Act.

SD1 is also working on projects to slow water release into streams from containment ponds by putting in smaller pipes so less water reaches streams at one time to help reduce volume and, ultimately, erosion, said Gibson.

Much of the increased water comes from impervious surfaces such as new roads and roofs on new homes and buildings. Prior to the mid-90s, no one was looking at runoff from development, he said.

Camp Springs residents have also created a nonprofit to help with erosion issues on Four Mile. Zinkhon said they are happy to be involved with solutions.

Neither creek is currently passing EPA standards for cleanliness. Both are rated impaired, said Gibson.

Campbell County Judge Executive Steve Pendery said Four Mile, which dumps directly into the Ohio River, is actually cleaner than it was 20 years ago.

The pump station at Riley Road and the AA Highway was too small then and 10 million gallons of sewage were being dumped into the creek, he said. "I was astonished and incensed," he said.

As part of the Consent Agreement with the EPA, the Riley pump was finally replaced several years ago.

"It's a whole lot better than it was," Pendery said about the pollution in the creek.

As for construction, Pendery is sympathetic and said he understands the concern, but not installing the forced pipe would still leave a problem in Silver Grove.

McGillis said SD1 now has a rotating inspection plan that's a result of their more than a decade of research. "We now know where all the pipes are," he said.

A 10-year-study, which is almost complete, has been identifying all the sewer pipes that SD1 inherited when the counties and cities merged into one system.

What's left is walking all the pipes that are within 50 feet of a stream to see what is exposed. That's about 291 miles of pipe in the three counties.

SD1 has inspected the inside of the pipes with cameras, and McGillis says all pipes are currently functional. But they've not seen the outside of the pipes and whether they are exposed without walking the routes.

After that, SD1 will be updated on current conditions and consistent inspections will follow. SD1 also depends on residents to report any kind of problem, Wells said.

Zinkhon isn't convinced the pipe on Four Mile Creek is worth it. She said neighbors have presented alternative plans to SD1 to take the pipe out of the valley, to no avail.

Zinkhon said she's going to run against Pendery for judge executive in 2018 because of her concerns.