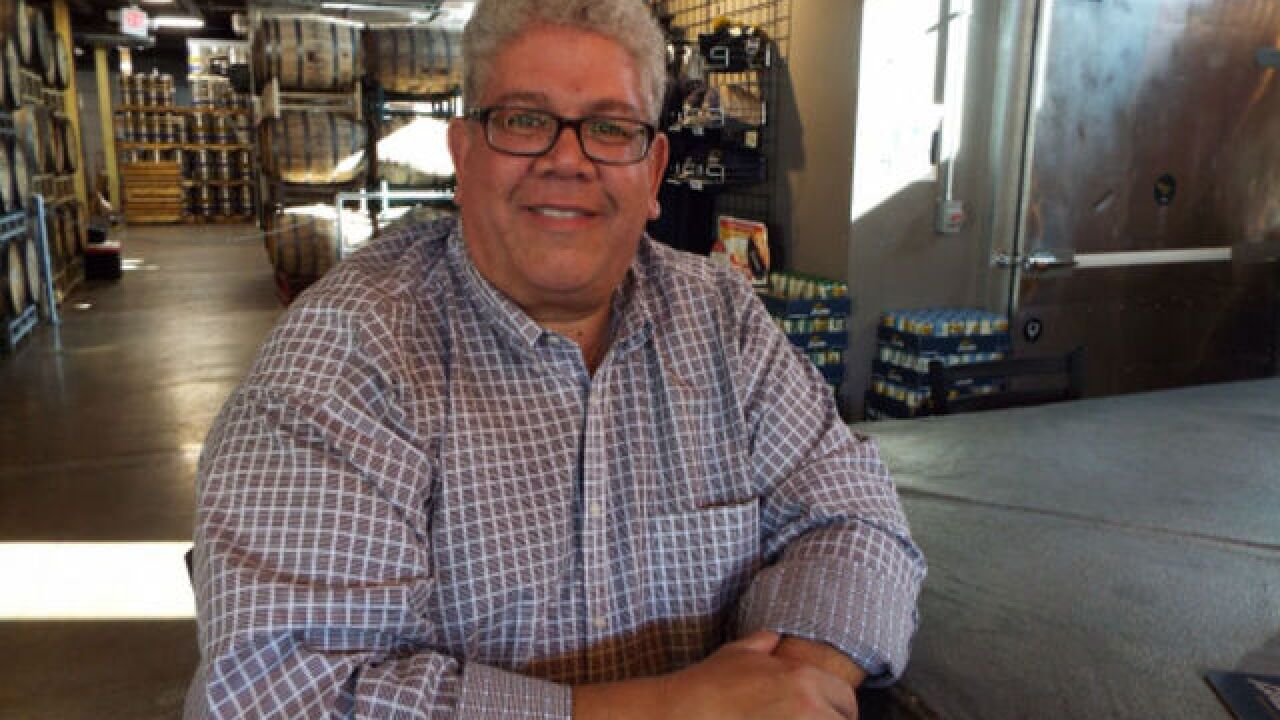 COVINGTON, Ky. -- Advice often given to startups is to “fail fast and fail cheap.”

In other words, get a cheaply made product to market that you expect to fail, but can get feedback from to make a better product.

“You don’t just throw a rock outside and say, ‘Let’s continue to iterate on this rock so that it becomes a rocket. It will never work that way,’” he said. “It’s not designed to fly unless you throw it.”

Better, he said, to invest some time into creating a good first product and deciding what you want to learn from it. Otherwise, you’re just planning to fail.

What are his credentials?

In 2011, he left MKTG to became a part-time professor of marketing at Northern Kentucky University. He also created YBG (Your Brand Group), which now has five full-time employees and takes on a handful of clients at a time.

De Jesus declined to say how much money the company makes.

For ODOGard the tagline is, “Smell nothing,” and for Whisper it’s, “Refresh your world.” Both are great because people get the message right away, Schneider said.

What does De Jesus tell startups about marketing?

That they have to own their marketing strategy and brand strategy — they can hire a consultant to help them do that, but they can’t outsource it.

How can they develop those strategies?

“It starts with understanding the what and why of the brand,” De Jesus said. “What greater or higher-order value does this brand serve?

“Once you understand that and your target audience, you can craft almost everything.”

To differentiate itself, a startup must be able to communicate specifically how its product or service is better than anyone else’s, he said.

What marketing mistakes do startups make?

No. 1, they view marketing as an expense, rather than a strategy.

“If you don’t have a strategy, you’re really not planning for the best execution,” De Jesus said.

Another is that they don’t do enough research, especially of their target audience, and tailor marketing to that audience.

“If you try to create a message that’s relevant to everybody, it will be relevant to nobody,” he said.

Too many startups are just looking for a good logo and tagline, he said, which should result from a process of figuring out what their company’s all about.

“Just because you have your name in some font does not mean the brand will stand out,” he said. “Some of the greatest marks are so brilliant because they’re simply designed.”

His favorite is Apple’s apple-with-a-missing-bite, he said, because it says so much about who they are.

He works with his clients to distill who they are into a three-word tagline, he said, which is very difficult to do but pays big dividends. Think of Nike’s “Just do it,” or BMW’s “ultimate driving machine.”

Some companies succeed with longer taglines, such as M&M’s “melts in your mouth, not in your hand,” he said. But it takes millions of ad dollars to make that happen, he added, which most startups don’t have.

A pithy phrase that explains who the startup is helps differentiate it from the competition. The average consumer gets thousands of ad messages a day, De Jesus said, and if your company’s isn’t highly differentiated, “you are just noise.”