Former CFO: Procter & Gamble 'rejects ideas from the outside' 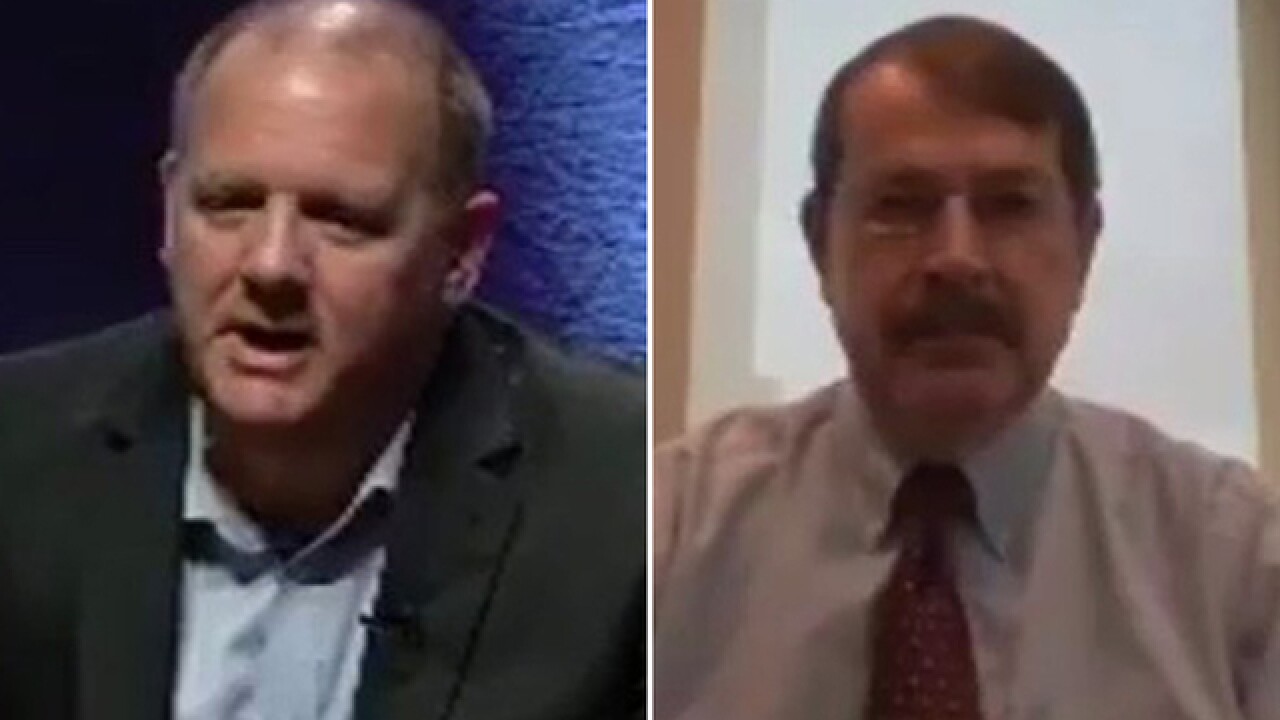 CINCINNATI - Procter & Gamble Co. values inclusion enough to have trademarked this phrase: “Everyone valued, everyone included, everyone performing at their peak.”

But former Chief Financial Officer Clayt Daley said that motto does not apply to new ideas.

“The company rejects ideas from the outside almost instinctively,” he said. “I think that’s one of the cultural problems with the company that needs to change.”

Daley is working with activist investor Nelson Peltz to wage a proxy fight against his former employer. Peltz is trying to gain a board seat at P&G so he can push from the inside a series of structural reforms that he argues will enable faster growth. P&G argues Peltz is not qualified to be a P&G director and it’s already made the necessary changes to enable balanced growth in sales and profits.

Shareholders are being asked to vote proxies – white for Peltz, blue for P&G – at or before the company’s Oct. 10 annual meeting.

Daley, 65, worked for 35 years at P&G, leaving the company as CFO and vice chairman in 2009. He’s now working as a consultant for Peltz’s New York hedge fund, Trian Fund Management L.P., which wants to re-organize P&G as a lean holding company with three autonomous operating units. That’s intended to give P&G’s 65 brands more freedom to grow their business without interference from a corporate culture that Peltz has called insular and stifling.

In a Facebook Live interview with WCPO Wednesday, Daley said P&G’s failure to embrace new ideas caused it to miss out on growth that should have flowed from the 2005 acquisition of Gillette.

“There were a lot of people who were willing to leave Boston, willing to pursue careers at P&G but frankly when they got exposed to the organization … when they got exposed to the culture, they just decided they didn't want to stay,” Daley said. “The sad part about P&G is it tends to reject people and ideas from the outside as opposed to welcoming those people into the company.”

The same problem kept the German hair care firm Wella from reaching its full potential after P&G bought it in 2003, Daley said. The Wella deal put P&G into the salon business, but the company put in-house managers in charge instead of retaining or hiring outside employees with salon experience. So, Wella ultimately became one of the 100 brands that P&G sold as part of a five-year restructuring program that was intended to cut costs and stimulate sales and profit growth.

“I worked very hard to acquire some of the 100 brands that were just spun off,” Daley said. “A lot of those brands that were smaller brands were supposed to be some of the growth engines of the future but unfortunately when we acquired those businesses, just like Gillette, a lot of the management that knew how to run them didn't stay with the company.”

P&G could not immediately be reached for comment, but it recently published an 85-page response to various Trian criticisms. On the issue of P&G’s “insular culture,” for example, the company said it has quadrupled external hiring and its workforce includes more than 145 nationalities.

“We desire to be as diverse as the people who use our products,” said the P&G report. “The more we reflect the diversity of our consumers, the better equipped we are to understand and serve them.”

Diversity in headcount is one thing, but diversity in ideas another, Daley countered in his 30-minute interview.

"P&G is extremely hierarchical and rewards certain employee behaviors at the expense of others," Meyer said. "For example, 'can-do' attitudes are highly prized. Speaking truth to power, not so much. This can foster an environment where management hears only what they want to hear."

Meyer thinks P&G will win the proxy contest but adds many of Peltz's criticisms have merit.