For West Side motorists headed to Clifton, projects cause temporary headaches for long-term relief

Larger Hopple Street work to cost up to $100M

CINCINNATI -- Chances are, if you’ve ever had to drive from the west side of Cincinnati to the Clifton area -- say to visit University of Cincinnati Medical Center -- you’ve taken Hopple Street to Martin Luther King Drive.

And chances are, you’ve run into some traffic, and the dreaded orange cones that signal the presence of roadwork and closed lanes.

The route from the west side to the east side in that area has been lately constrained by two major road projects:

Most recently, the city of Cincinnati shut down one of the eastbound lanes on Martin Luther King so Duke Energy could move some utility poles; that’s part of a larger project to widen that vital east/west roadway.

The $6 million worth of road improvements planned for the project are expected to begin this fall, as soon as utility relocation is complete. Improvements will include realigning and widening the road from West McMicken west to just east of Dixmyth Avenue.

The eastbound curb lane (right lane) is expected to be closed to all traffic until the road widening and realignment is finished in summer 2017. Ultimately, the project is supposed to reduce congestion and make the West MLK corridor more accommodating for pedestrians, bicycles and vehicles.

“We ask that commuters be patient and factor the additional time into their schedules and/or seek alternative routes when possible,” said Michael Moore, director of the city’s Department of Transportation and Engineering. 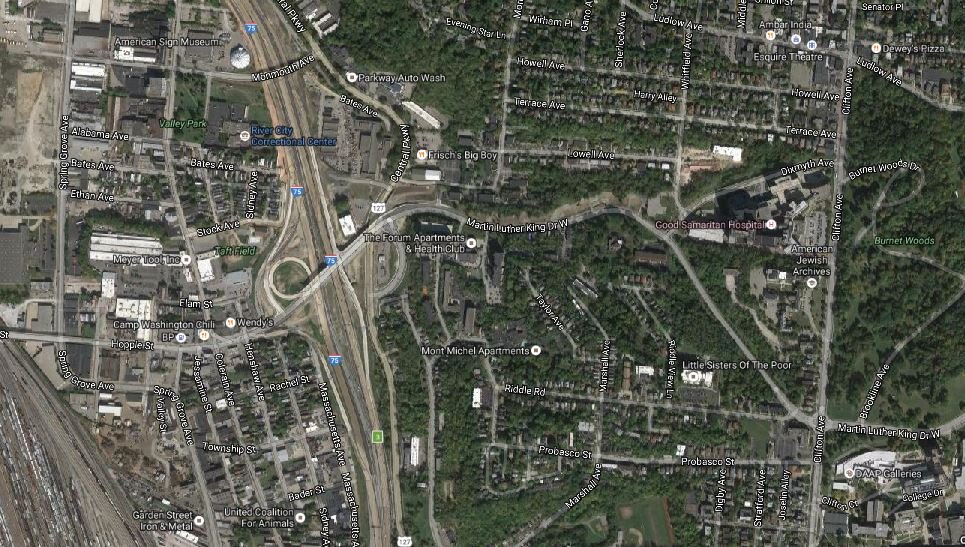 “It’s important to remember that while these delays are frustrating, they are temporary, but the finished street will be an improvement for many, many years,” he said.

But another major project, the reconstruction of the Hopple Street interchange at Interstate 75, has also shifted some traffic patterns.

The Hopple Street project, which is expected to cost $90 million to $100 million, has lots of moving parts. Those include a complete rebuild of the interchange, as well as rebuilding 1.5 miles of the interstate and adding a northbound and southbound lane.

It’s the first time that the interstate has been rebuilt, from the dirt up, since it was built in the early ‘60s, said Brian Cunningham, a spokesman for the Ohio Department of Transportation. The rebuild began in the spring of 2013, he said, and is expected to be complete next fall.

The interchange work is part of a larger project to rebuild Interstate 75 from just south of the Ohio River to just north of Interstate 275 in Ohio, which means we’ll be seeing those orange cones for some time to come.

“Obviously, our work inconveniences a great deal of people,” Cunningham said. “We try to accommodate them as much as we can, but it is in the middle of a heavily trafficked corridor. It’s not something that can be completed overnight.”