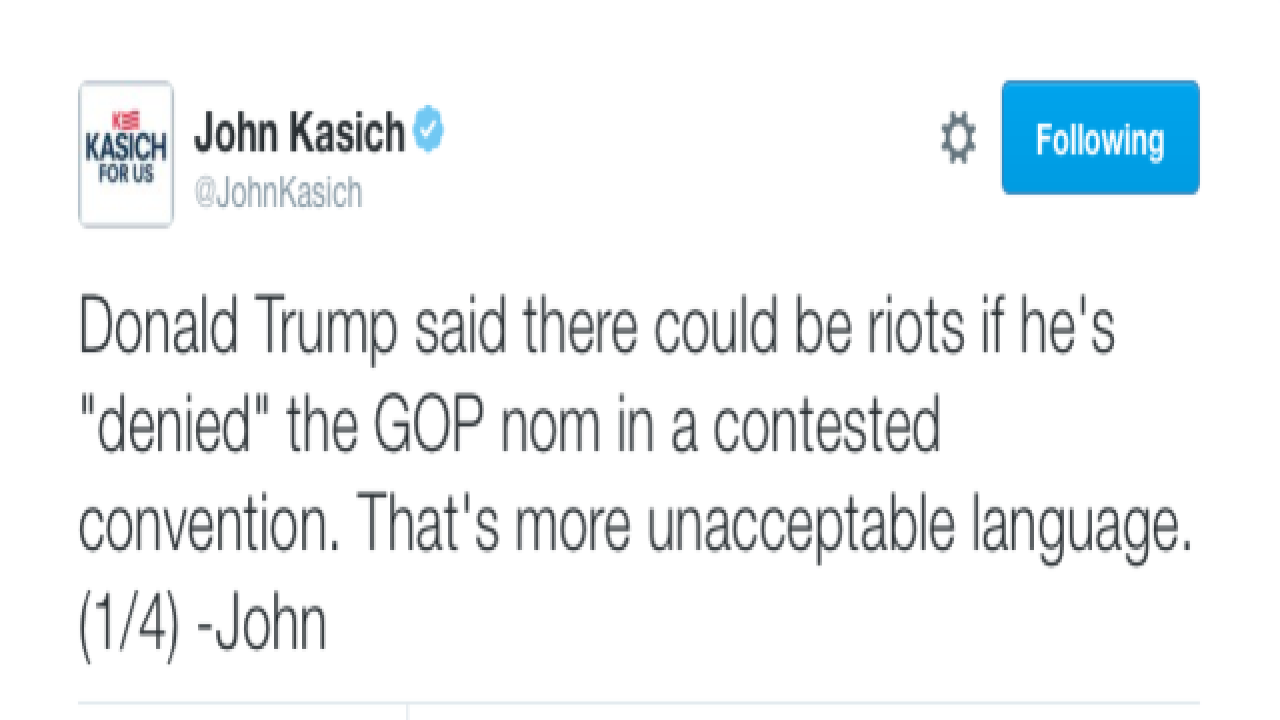 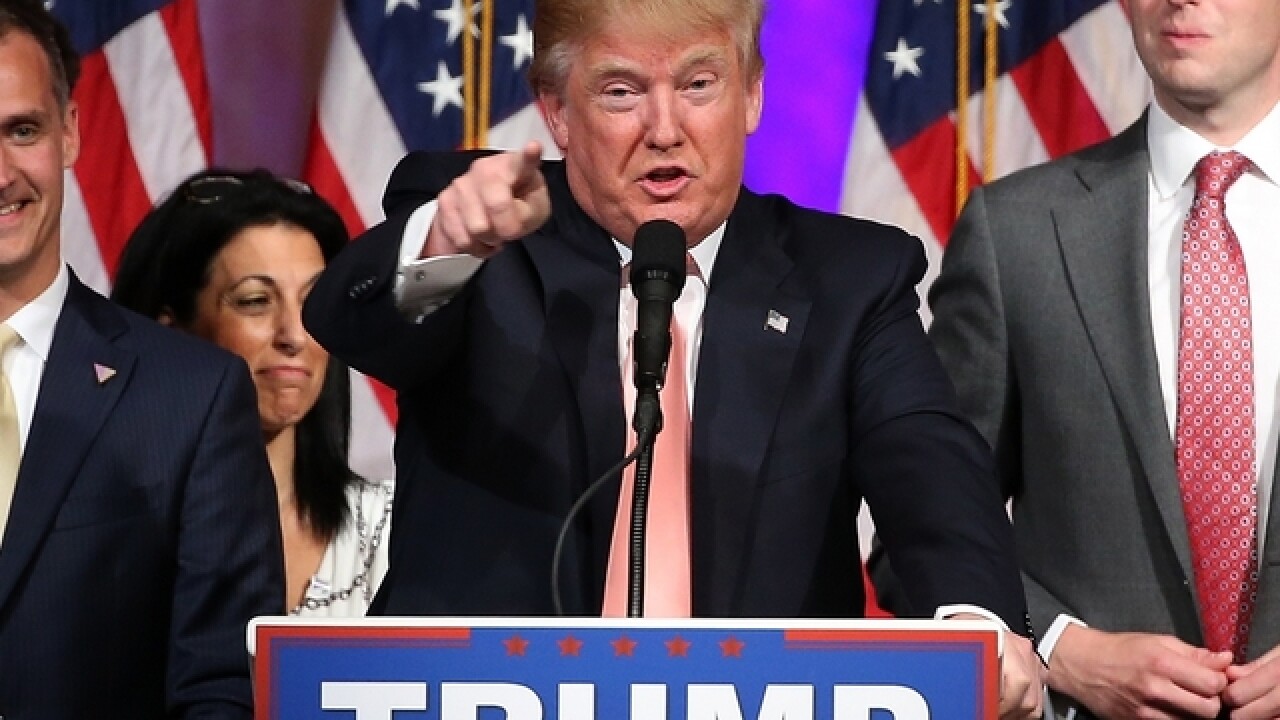 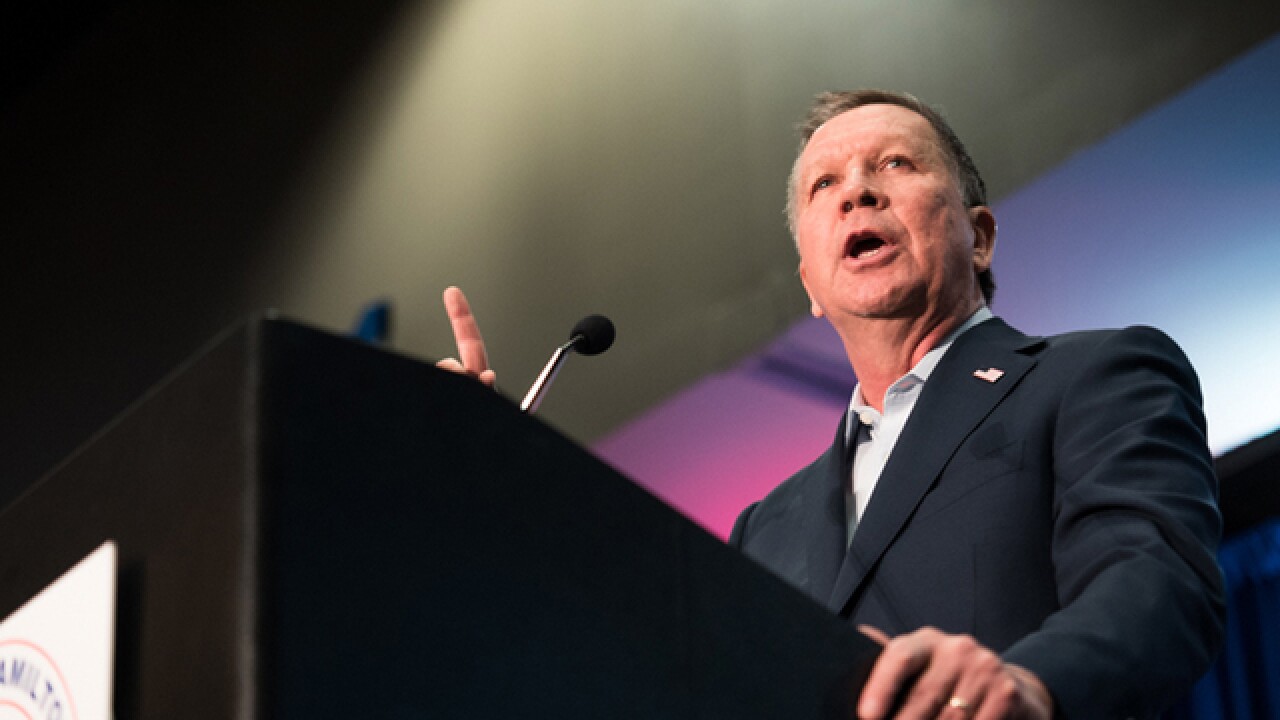 Ohio Gov. John Kasich refused to acknowledge a question about him on Tuesday.

By Wednesday, Kasich, thrilled with his win in the Ohio primary the night before, still hadn’t uttered the GOP front-runner’s name in public.

In fact, ignoring Donald Trump – refusing to say his name, even –  might turnout to be more damaging than any insult Kasich could hurl.

Kasich, who’s praying for a contested, or brokered, convention to win the Republican presidential nomination in July, is in the midst of a tricky balancing act on the campaign trail.

“John Kasich is being very careful about not wanting anything he says to be transformed into a personal attack on Donald Trump,” Bates said. “So, as along as he leaves Trump out, Kasich can attack the policy and differentiate the Kasich policies from Trump policies without having a direct attack on the Donald.”

Trump, for example, ran negative television ads against Kasich leading up to Tuesday’s primary. The ad chided Kasich for leaving the state to be on the campaign trail and his decision to expand Medicaid in Ohio.

But Kasich didn’t reciprocate. Kasich’s ads exclusively focused on Kasich – how many jobs he created as governor or his family upbringing, for example.

Instead, an anti-Trump Political Action Committee ran ads against Trump in Ohio. One ad, paid for by Our Principles PAC, slammed Trump for the way he’s talked about women while another called Trump University a “scam.”

“That ad featuring the women was devastating,” Miami University political science professor Chris Kelley said of the anti-Trump ads. “That ad should have ran in January.”

While the anti-Trump PACs are spending money running ads intended to bruise Trump, Kasich can cultivate his nice-guy image with voters at town halls and rallies around the country.

Bates said Kasich should question the policies or ideas Trump has without actually talking about Trump.

Kasich took that approach during a town hall at Villanova University in Philadelphia Wednesday.

“This is the troubling thing when we hear we need to ban all Muslims,” Kasich told the crowd of roughly 600. He continued: “We need to stop demonizing them.”

Not once did Kasich mention Trump’s name but the crowd could easily conclude he was talking about the GOP front-runner's call for a ban on any Muslims entering the country.

“If he focuses on the policies and not the person proposing those policies – he can probably avoid making it look like a personal attack,” Bates said. “If John Kasich wants to be the positive candidate in this campaign, he can’t get negative on Donald Trump.”

Still, Kasich warned a pack of reporters Tuesday that he would start to take aim at Trump’s record – especially after seeing the ad featuring his comments on women.

“I will be, however, forced to talk about some of the deep concerns I have about the way this campaign has been run by some others – by one other in particular – but today’s not the day to do that,” Kasich said Tuesday, moments after voting himself for president.

On Thursday Kasich – following through on his promise – dipped his toe in the water. He sent out a Tweet to his nearly 250,000 followers criticizing Trump’s remarks about the July convention.

That Tweet generated dozens of news stories in a matter of minutes.

Kasich will likely avoid name-calling or bullying Trump, though, because that strategy has failed miserably for other candidates.

Marco Rubio, for example, plummeted in the polls shortly after making fun of Trump for his “small hands” and laughing at his pre-debate habits. Rubio suspended his presidential campaign Tuesday, after losing his home state of Florida to Trump.

“Going negative on Donald Trump has clearly not worked for anybody,” said Jared Kamrass, a political strategist at Cincinnati-based Rivertown Strategies. “It’s hard to do that but I would try to at least make moderate educated Republican primary votes more aware of the similarities between (Texas Sen. Ted) Cruz and Trump.”

But Kasich might be forced to highlight some issues he has with Trump, said Brad Johnson, the University of Cincinnati College Republicans president and a Kasich campaign volunteer.

“It’s a tough game to play. Marco Rubio played with fire and got destroyed,” Johnson said. “It’s a fine line. Do you want to risk what Marco Rubio risked? Perhaps (Kasich) will do something different and it will pay off.”