Logoed beer glasses are a source of pride for brewers, an invitation to steal for some patrons

And it's costing beer makers thousands a year 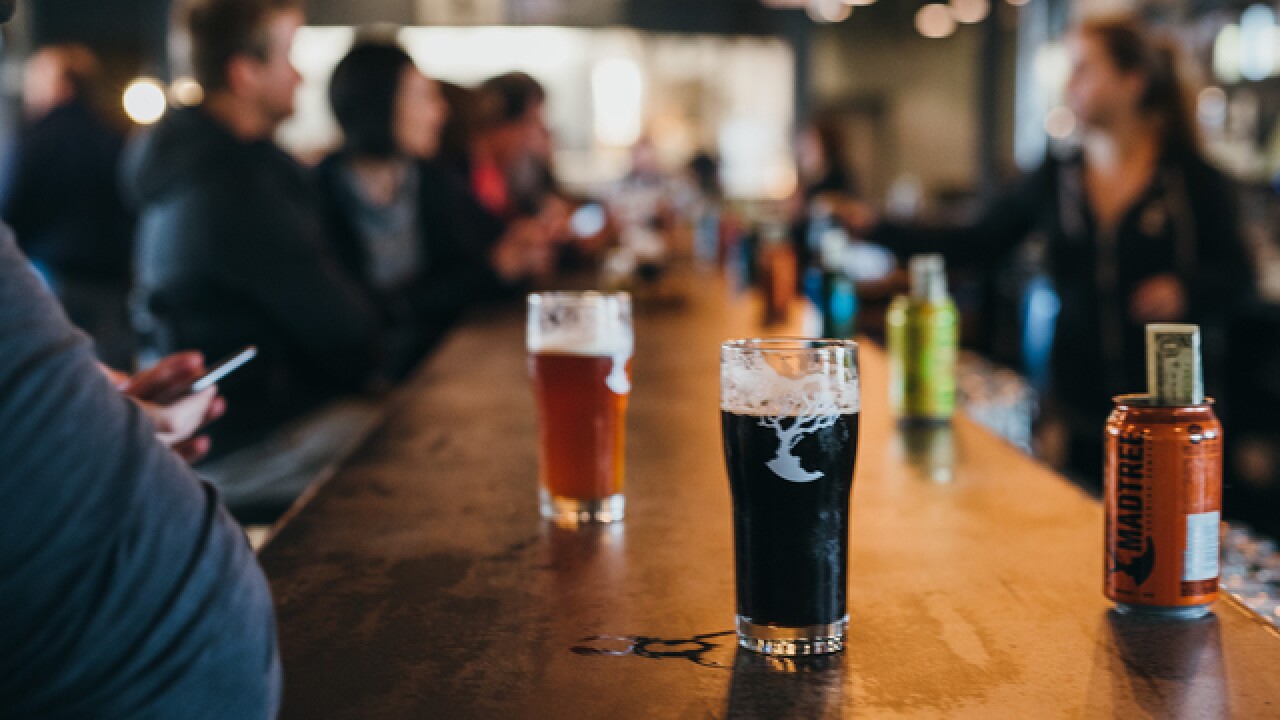 Copyright 2017 Scripps Media, Inc. All rights reserved. This material may not be published, broadcast, rewritten, or redistributed.
Provided
<p>Local craft brewers are losing thousands of dollars a year to thefts of branded beer glasses.</p>

CINCINNATI -- It may seem harmless, tucking that branded beer glass into a purse, pocket or jacket.

But, over time, such petty theft adds up, local craft breweries say. Misguided souvenir collecting can amount to thousands of dollars in losses for the brewer each year.

It's certainly not a new problem -- Rhinegeist, for example, was short 300 pint glasses after its grand opening in 2013, according to reports at the time -- and one not isolated only to craft breweries. (Rhinegeist declined to comment for this story.)

"I'm sure if you talk to any bar owner, you're going to hear almost the same exact story," said Mike Stuart, MadTree Brewing's director of people and social strategy.

Most chalk it up to a marketing expense.

"We like the idea of people drinking out of a glass with our logo on it," said Scott LaFollette, owner of Blank Slate Brewing.

But the losses can add up, and the problem is tough to counter.

Brewery owners do try. They offer glasses for sale -- often at razor-thin margins -- bus tables and train bar staff to keep a watchful eye, but those efforts aren't always successful.

That's why Rivertown has removed the biggest temptation: You won't find any branded beer glasses behind the bar there. It may be a simple change, but it's arguably among the most drastic a brewery can take without resorting to price increases, pat-down searches at exits or installing ink-exploding security tags. (Bars in the U.K. have done this.)

"Theft is definitely a real thing that happens," said Lindsey Roeper, dream facilitator at Rivertown Brewing. "It's a fact that when some people see a nice logo on a glass, they could be more inclined to grab it and take it home.

"It is not something we previously tracked very closely in our Lockland facility, but given the volume that we were going to do in Monroe (there's a capability there to exceed 150,000 barrels a year), we really wanted to eliminate that possibility."

The move has kept glass theft down. Branded pints are still sold for $5 at the onsite gift shop, and they are included in the cost of a tour of the Monroe facility, but it hasn't stopped people from swiping other items, Roeper said -- T-shirts, salt shakers, even wooden clipboards that list the brewery's beers on tap.

"People try to get their hands on all kinds of things," she said. "There really isn't too much we can do, unless we put trackers on glasses or hire somebody specifically to make sure purses and jackets are being checked, and we don't want anybody to have that experience. For us, it's about asking our guests to be respectful. While you might think it's nothing, every little bit counts when you're running a small business."

At MadTree, the problem has worsened with the opening of 2.0, the brewery's new $18 million taproom in Oakley; the space is much larger than MadTree's original Columbia Township location.

Stuart said roughly 20 glasses are stolen per weeknight and 40 each Friday and Saturday. The brewery is logging north of $10,000 per year in pint-glass losses alone, he said.

MadTree purposely buys more expensive glassware, too, he said. Those glasses are specifically designed to help enhance the flavor and aroma of its beer, with special laser etchings on the bottom that unlock carbonation.

"Right now, the losses are just part of our overhead," he said. "But if we're suddenly reordering a lot more quickly and in much greater quantities, we'd have to change our pricing structure to reflect that."

Blank Slate's LaFollette said it's a minor annoyance, largely because, "I have 50 other things a day that I'm having to deal with. I'm having to run every aspect of the operation."

Between breakage and theft, Blank Slate's out around $1,000 worth of glassware a year, he said.

"We are a smaller place, so it's not as easy to steal here," he said. "But it does aggravate me every time I have to order more.

"It's disappointing when people feel compelled to steal glassware from you," he added. "Especially when you're a small business struggling every day to get by."

Some proprietors figure, if you can't beat it, embrace it. At Bakersfield OTR, for example, beer is served from a signature glass boot. About two years ago, Joe Lanni, co-founder of Thunderdome Restaurant Group, which operates the eatery, said Bakersfield was losing on average 75-100 boots a month. So it decided to hold a "boot amnesty night," where people could bring back the wares they had stolen for a reward -- swag, prizes, etc.

"We did get a few back, but overall, there weren't too many people who wanted to return them," Lanni said via email. "We eventually decided this was a cost of doing business and a cool way of marketing ourselves. The boots had come to uniquely represent Bakersfield here in town. If people had these in their home, hopefully it would spark a conversation of some sort."

Unfortunately, their supplier recently discontinued the boot, so Bakersfield is temporarily out of stock. But don't fret.

"We have sourced another supplier and hope to be back to having boots available for theft sometime this spring," Lanni said.