For Bengals rookies, transition from college to NFL officially begins this weekend 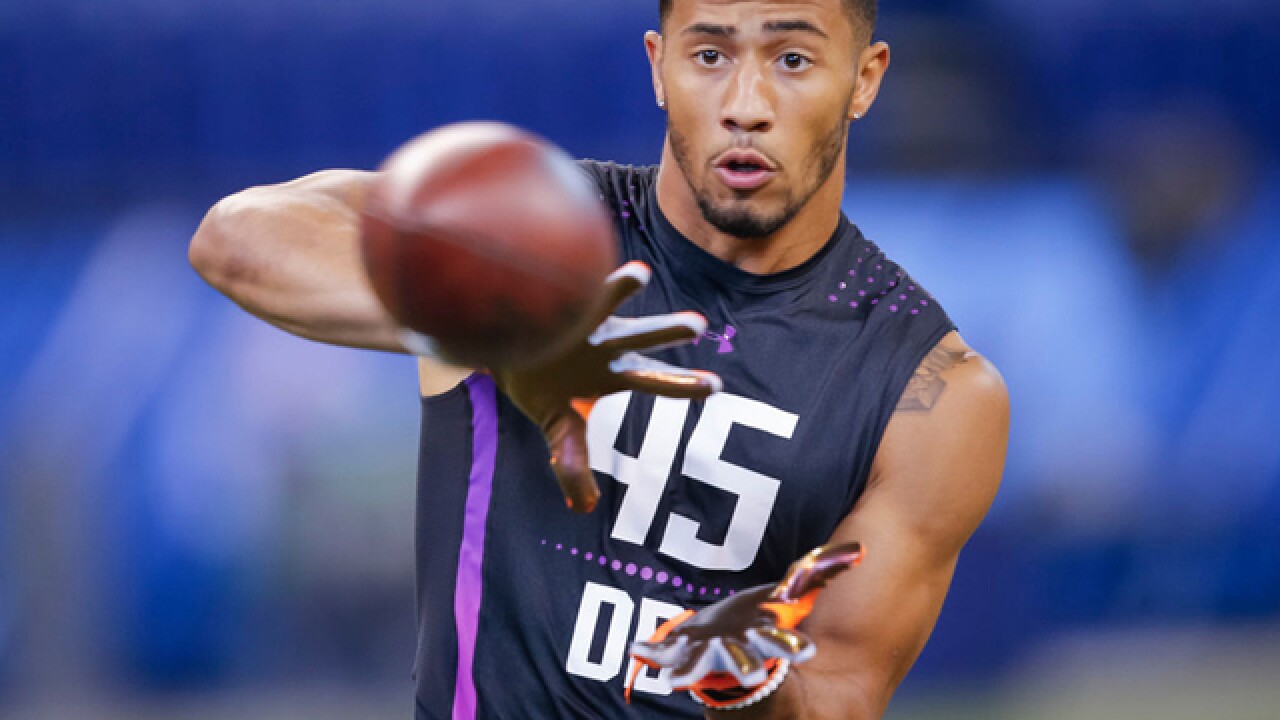 CINCINNATI -- In the past two weeks since the NFL draft, Jessie Bates did his best to stay focused on preparations for rookie minicamp with his new team.

Like the other rookies, the Cincinnati Bengals' second-round draft pick wants to make a good first impression in his first workouts as a professional.

Bates, a safety out of Wake Forest University, and the other draftees and college free agent signees arrived at Paul Brown Stadium on Thursday for physicals and team meetings before taking the field for walkthrough and practice sessions Friday to begin minicamp, which runs through Sunday.

Their transition from college football to the NFL is officially underway.

"Being at home, it's easy to get distracted, obviously, just because your family and friends are so proud of you," Bates said of the adjustment. "They want to take you out to eat. They want to go out and do stuff, but you've got to keep your head on the goal, and that's coming in here in shape and just being able to get in that playbook early, which is something I focused on throughout this process at home.

"Now that I'm here, I just want to gain respect from the coaches as well as the players, come in here and be very consistent in my assignment, do what Jessie Bates does."

Bates said his biggest goals this weekend are to show he can handle the installments, be consistent and serve as a leader in the secondary.

He was disappointed not to get a chance to play any football Thursday after allowing anticipation to build on his drive from Fort Wayne, Indiana, but he got a good first impression of the team on his first day.

"I drove all three hours just feeling happy, and I didn't know the physical process was going to take that long," he said. "I thought it was going to be more football, so I'm excited to get out there today. But those first impressions were awesome, being around these guys and hearing everyone's journeys. Everyone's journey is so unique, but just figuring out how we got here and how we all have the same common goal is really cool."

First-round pick Billy Price, a center at Ohio State University, had the benefit of at least knowing a couple faces upon arriving in Cincinnati, but he said that won't give him any advantage over other players.

He is one of three Buckeyes in camp as rookies, joined by third-round pick Sam Hubbard, a defensive end who graduated from Moeller High School, and college free agent signee Chris Worley, a linebacker.

"I don't play with them on the same side of the ball, so not really, it doesn't help, but it's a nice familiar face in the locker room," Price said. "(Being with) the kind of guys that are cut from the same breed, it makes it easier in that sense. I know what Chris is going to do technique-wise, and when I go against him on defense, I know what Sam's going to do, so I guess you've got a little card in your back pocket, but for me it doesn't make it any easier."

Price said he is just learning "how to practice like a Bengal" but won't actually get a chance to participate in anything beyond team meetings and watching from the sidelines this time as he continues to recover from pectoral surgery. Price, who suffered a partial tear during the NFL Combine, expects to be cleared by late June and ready to go by training camp in August.

Despite the fact that he is a non-participant in camp, eyes are still on him as the team's first pick, and that's an adjustment in itself.

"People are following me around with cameras and I'm just standing on the sideline and not doing anything, so it's not a really good feeling on my behalf just because it's weird," he said. "I'm not doing anything. I'm not adding value. I'm just kind of mentally preparing myself for what's coming up this fall."

For Hubbard, it was "a special feeling" to get on the field with the Bengals for the first time Friday, especially as a Cincinnati guy. He wants to make sure his intensity, focus and drive shine through in practices this weekend, in addition to his abilities.

So far, the adjustment is going well in the short time period he has been at Paul Brown Stadium, he said.

"I'm very fortunate in that there is a lot of crossover with what I did at Ohio State to what we're doing here," Hubbard said. "We're in the first installs, but I feel very confident in what we're doing. I feel I have a great base of fundamentals from my time at Ohio State."

The transition from college to NFL is vastly different from the switch from high school to college, Bates said.

For one, high school players get a chance to take visits to the colleges they are looking at before making a decision on their future, and they get to know the coaches throughout an extended recruiting process. Players don't have a say in where they land through the NFL draft, and communication with the pro coaches is limited.

Bates likes the challenge of knowing he has to be ready to perform from Day 1, unlike in college when he knew going in that he likely would redshirt a season. He played just two seasons with the Demon Deacons before declaring early for the draft.

"They expect you to produce right now, so that's pretty exciting for me," Bates said. "I knew as I was going into college I was going to need to redshirt because I wasn't developed as well (physically). It's a good feeling to know I developed myself in college and I look forward to making that impact on Sundays for the Bengals."

None of the rookies will be earning a position in minicamp this weekend, but Hubbard said that doesn't diminish the need to perform from the get-go.

What players do in minicamp will set the tone for the rest of their rookie year.

"It's very important," Hubbard said. "That's what everyone here is trying to do is make a good first impression. You're not going to make the team this weekend, but it's where everything starts, so I want to do my best this weekend."