The food is straight from Central America 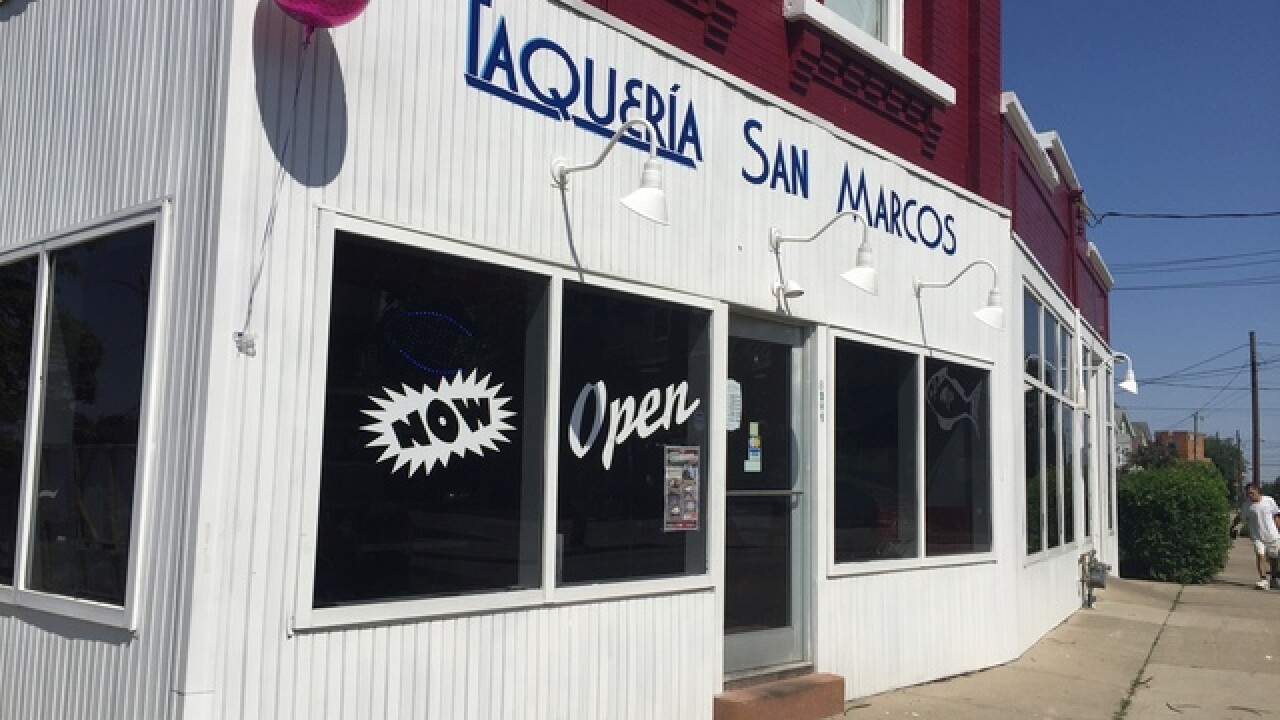 Copyright 2017 Scripps Media, Inc. All rights reserved. This material may not be published, broadcast, rewritten, or redistributed.
Hillary Copsey | WCPO contributor
<p><span data-scayt_word="Taqueria" data-scaytid="3">Taqueria</span> San Marcos, at 5201 Carthage Ave. in Norwood, has a broad menu, but it's the tacos that draw people into the small corner restaurant.</p>

Taqueria San Marcos opened last summer at 5201 Carthage Ave. The menu is expansive, but it's the tacos that draw people into the small, unassuming corner restaurant.

"It's good. I come for the tacos, the pork ones," said Maria Garcia, having a Mother's Day lunch with her daughter at the taqueria.

Owners Juan and Elvira Zacarias are from Guatemala, but met working in a tomato field in Florida. They married and started a family, working any job they could get. They picked every kind of vegetable, grew plants from seeds in a nursery, cleaned, managed stores, cooked, whatever.

"We have experience in everything," Elvira Zacarias said in Spanish, her oldest daughter, 17-year-old Janelly, translating.

The family followed Juan's sister to Ohio about a decade ago -- "The snow, I like a lot," Elvira Zacarias said -- and settled in Norwood. They owned and managed a convenience store on Montgomery, but in 2011, they bought the building at 5201 Carthage Ave. with plans to open a restaurant.

"It was in pretty bad condition," Elvira Zacarias said.

While they saved money, the family began to fix up the building. Janelly and her siblings, Elva, 16, and David, 13, would come in to scrub while Juan Zacarias made repairs. The building at first had no electricity or air conditioning, so they worked by flashlight in the heat.

Last August, after selling their store, the Zacarias family opened the door to Taqueria San Marcos, named after the city of San Marcos in Guatemala.

The restaurant still feels like the retro diner it was in previous life. Five booths are clad in red vinyl. Red stools sit around a curved counter.

But the food is straight from Central America, a collaboration between the Zacarias family and their Mexican chef. The tacos are Mexican. Elvira Zacarias mixes the agua de pina, mango and melon -- special flavored waters -- herself. There are massive tortas -- Mexican sandwiches filled with meat and avocado -- and mole poblano.

Their home is about five minutes away, but Elvira and Juan Zacarias spend most of their days at Taqueria San Marcos, which is open 10 a.m. to 9 p.m. daily.

They work in the kitchen. They wait on customers. They clean counters and booths. In down times, Elvira Zacarias sits at the counter and makes plans and takes inventory in a spiral-bound notebook. On Sundays, when she goes to church, Janelly and Juan Zacarias keep Taqueria San Marcos open.

The difference in the work now, Elvira Zacarias said, is that she is the owner. If she needs to run an errand or take a break, she can. Of course, that also means if something breaks or needs to be done, it is up to her and her husband.

"There has to be heart for the work," Elvira Zacarias said. "In every job, from crops to business, all the experiences have been good. I love doing any work I can get my hands on."