For a killer Bunbury experience, check out these suggestions -- and then go do your own thing

You never know who your next fave will be 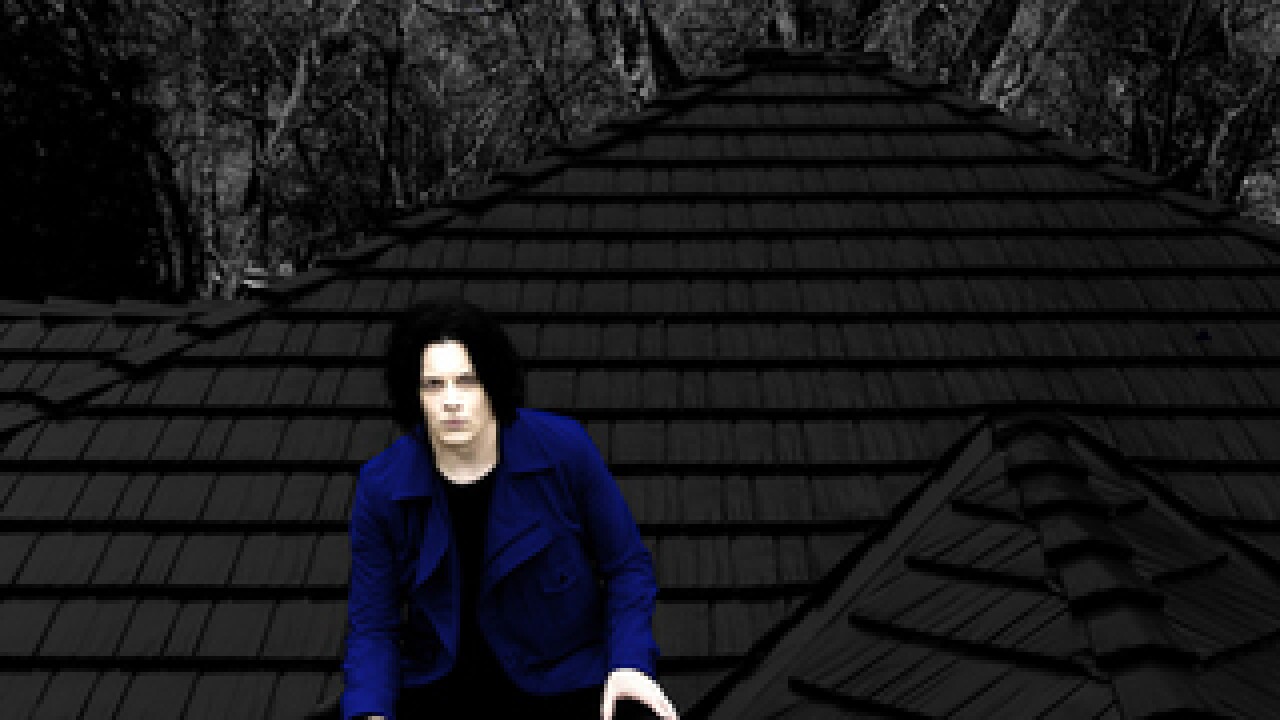 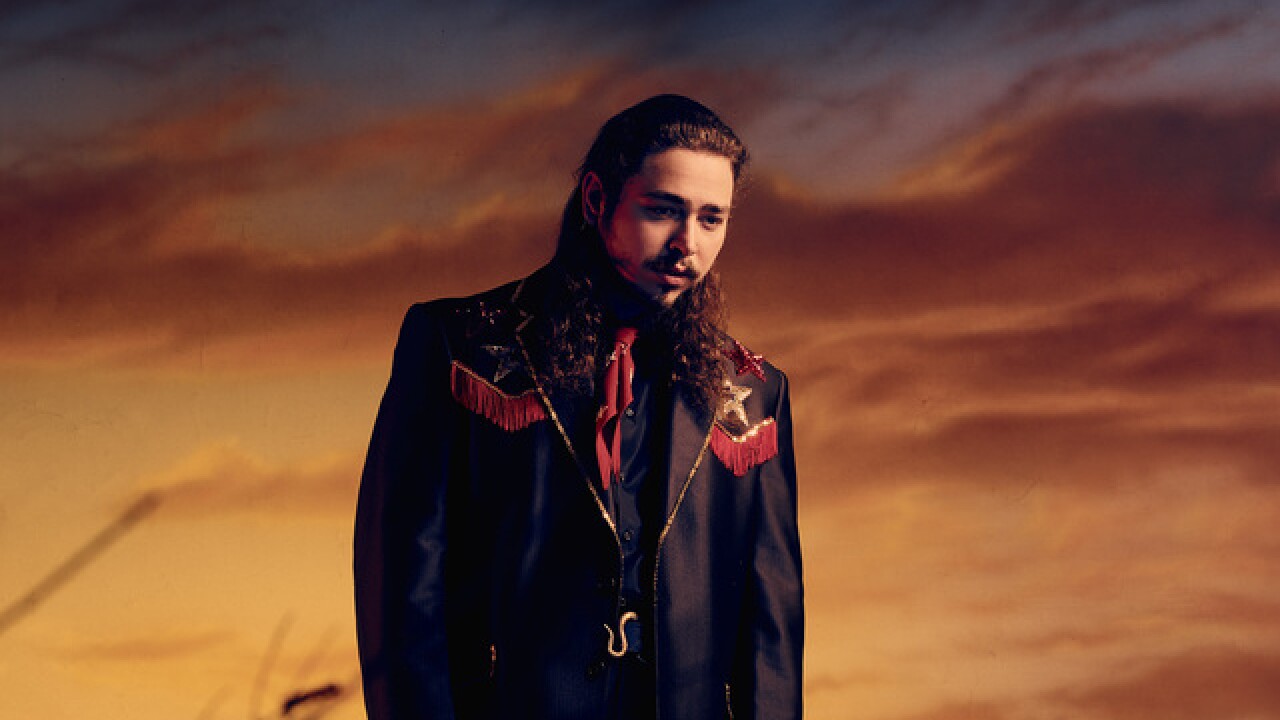 CINCINNATI -- By now you know the drill. You buy Bunbury Music Festival tickets months early, get psyched to find out what the lineup is … and then pull your hair out once you see that your two favorite acts are playing at the same time!

We feel your pain.

There are only so many hours in a weekend. But this year, the Bunbury gods have actually done their best to make sure that you don't have to make those kinds of tough choices. With a rich menu of local, regional, national and international acts, attendees can choose from beloved indie rock headliners (Incubus, Foster the People, Third Eye Blind) to up-and-comers (Bishop Briggs, GRiZ, Misterwives, Vesperteen, Sir Sly), as well as hip-hop (Lecrae, Post Malone, Rea Cragun) and chart-topping EDM  acts (The Chainsmokers).

We'll do our best here to give you a solid road map of acts you should check out.

But even if you take this as gospel, don't forget to wander around and check out anything and everything you can, because you never know where you might find your new favorite act.

Here are our suggestions for a killer Bunbury experience.

These hometown grungy rockers have the dubious distinction of being the second act on this year's bill. Do them a solid and show up to hear some high-energy, fist-pumping anthems from these 2017 Cincinnati Entertainment Award winners (best hard-rock band).

You gotta hand it to this Cleveland six-piece, which finally busted out of the gate in 2017 with "Legendary," its bluesy, catchy, get-hype ode to hometown hero LeBron James. After four years of pounding stages around the country, the group's blend of rock crunch with gospel-backing vocals and classic guitar wizardry all came together on its eclectic, driving 2018 full-length debut, "No Place is Home."

After Washington state native Cragun's grandmother died, a promising career in medicine took a left turn into music. His woozy, skittering R&B flow brings to mind the Weeknd, with a touch of new wave synth and hip-hop flair on chilled-out tracks such as "Inconsiderate" and "Night Crawler." With just a few R&B/hip-hop acts at the top of this year's bill, Cragun's is a set worth coming down early to see.

Don't be fooled by the silly name. This hard-charging New Jersey power trio has some serious songwriting chops underneath its jokey nom de punk. Mixing the wordy, confessional style of the Hold Steady and the Mountain Goats with the yearning angst and dark thoughts of classic emo, the Front Bottoms have spent the past decade pumping out the soundtrack of modern heartache over more than a dozen albums, EPs and singles.

You will keep looking around in a vain attempt to figure out how so much thudding, brain-rattling music is coming out of this Brighton, England-bred dynamic duo. Anchored by bass and drums, Royal Blood's mix of White Stripes boogie and Black Keys fuzzed-out blues has earned the group gigs opening for everyone from the Foo Fighters to Iggy Pop. Royal Blood dialed in its driving sound on 2017's award-winning "How Did We Get So Dark?," which featured the thundering "I Only Lie When I Love You."

You probably know more about this London-born singer than you realize, thanks to a few early singles that bubbled up in 2016, including the sneaky pop-meets-EDM "Wild Horses" and the hypnotic "River," which surges forward on a spare beat and Briggs' soaring, powerful vocals. After time spent opening for Coldplay and Kaleo, the singer has honed a focused, intense stage show packed with dark pop tunes that are sure to win over new converts.

Blink-182 was supposed to perform here, but the band dropped out Tuesday due to "unforeseen circumstances." If you had purchased a single-day Friday ticket, you can get a refund at the original point of purchase until 10 p.m. Thursday.

Grammy-winning EDM duo Alex Pall and Drew Taggart have risen from possible one-hit novelty wonders ("Selfie") to become one of the most dominant dance music acts in the world over the past five years. With a string of chart-topping hits including "Closer," "Don't Let Me Down" and "Something Just Like This," the pair has grown into an arena- and festival-rocking juggernaut with a killer live band and light show that combine to give their ear candy hits a live wallop.

This Northern Kentucky five-piece churns out short, sharp emo punk tunes that will likely remind you of such bands as Blink-182 and New Found Glory, filled with jagged guitars and singer Gavin Bonar's urgent, nasal proclamations of anxiety and loneliness.

Columbus' Colin Rigsby is a one-man pop explosion. The drummer/singer of this 5-year-old project manages to blast a glammy Queen vibe through his electronic-tinged pop nuggets, blending the sexual energy of INXS with the studio smarts of such contemporaries as The 1975. Vesperteen's self-titled 2015 EP features its signature hands-in-the-air anthem, "Shatter in the Night," a rousing track made to be shouted along to by festival crowds. Rigsby already has amassed an impressive fan group (known as the Vesperteam), so expect to see them bouncing along when he takes the stage.

These Australian indie rockers proudly refer to their sound as "pseudotragic beautiful loser fatalism," which perfectly describes dark, raucous singles such as "The Heart is a Muscle." Their 2017 album "Go Farther in the Lightness" won the equivalent of an Aussie Grammy (as well as best rock album and best rock group) thanks to its engaging mix of bleakness, heartbreak and an undeniable joy in fighting your way to the top. Think Mumford and Sons, but with less suspenders and more muscle.

It's very likely that someone you know loves this six-piece New York band, which has earned a reputation for theatrical, energetic live sets. The band's yearning, bubbly pop-rock sound reached an apex on its 2017 album "Connect the Dots," which layered in some disco bop and '80s new wave wiggle thanks to expert production from studio wiz Butch Walker (Weezer, Fall Out Boy, Pink, Avril Lavigne).

If you were anywhere near a radio in the late '90s, then you've definitely hummed or shouted along to one of this long-running San Francisco band's rousing dark pop youth anthems. From the "doot, doot doot" chorus of "Semi-Charmed Life" to "Jumper," and the exquisite bummers "How's It Going to Be" and "Graduate," songwriter Stephan Jenkins was/is the king of making it hurt so good you can't help but dance the dark away.

You never know what the weather will be like at a festival, but if you need a bit of downtime to chill in the shade and cool down, this New Jersey trio has just what you need. Their sophisticated, chilled-out electronic dance pop provides a gentle breeze on irresistible nuggets such as "Electric Touch," co-written by Justin Bieber/Selena Gomez collaborator Julia Michaels. They've honed their sophisticated attack at major festivals from Lollapalooza to Governors Ball and Firefly, so get ready to dance like everyone is looking.

Funky hip-hop/soul-funk electronic producer Grant Kwiecinski has a booming trunk full of crowd-moving beats that are guaranteed party starters. The saxophone-loving DJ has pumped out five studio albums since 2011, featuring players (The Floozies, Muzzy Bearr) from his tight All Good Records crew of rappers and rockers and notables including rapper Talib Kweli, New Orleans legend Ivan Neville, Eli "Paperboy" Reed and Big Gigantic. The songs are joyous, funky and guaranteed to keep you moving.

If you're like some people, you prefer your pop music with a weird, dark edge. That's the tricky magic this Los Angeles band has been pulling off since ex-Clevelander Mark Foster scored his first hit in 2010 with "Pumped Up Kicks," which tackled the epidemic of youth mental illness with a deceptively hummable chorus. The band has continued to produce finely crafted pop bangers, reaching a new peak with last year's Sacred Hearts Club, a tour de force of funk, electronic and psychedelic dance tunes that fittingly landed on a number of year-end "best of" lists.

If there's such a thing as modern classic rock, this Calabasas, California, five-piece is definitely on that short list. Fronted by charismatic singer Brandon Boyd and anchored by guitarist Mike Einzinger's dream-like playing, the band escaped the velocity of plodding nu-metal comparisons by scoring a string of radio-friendly, crowd-pleasing hits including "Drive," "Pardon Me" and the driving ballad "Wish You Were Here."

Lillie Mae, the fiddle player in Jack White's band, brought a sanctified Americana/bluegrass flair to her acclaimed 2017 debut, "Forever and Then Some." Her high and lonesome songs drip with a refreshing, if melancholy, honky-tonk magic.

Yet another band from up the road in Columbus, Bummers sounds like the opposite of its glum name, pumping out surf-inflected rock, trippy psychedelic nuggets and head-bopping pop gems.

It's hard to put a definitive finger on this project from Harlem native Zachary Dess, who blends low-key hip-hop beats with jazzy guitar, dreamy, whispered vocals and a touch of blues for a sound that owes as much to James Blake and Portishead as it does to Buddy Guy or Chet Baker.

If you're digging the retro soul sound of Nathaniel Rateliff & the Night Sweats, 10-piece Philly powerhouses the Commonheart are just what the funky doctor ordered. Their sweat-soaked amalgam of jazz, soul, R&B and rock form a gritty, thick gumbo that defies you to stand still.

This Los Angeles trio has cornered the market on dark, moody electronic pop, thanks to such sad-sack hits as "Ghost," "Gold" and last year's breakthrough "High," a throbbing 1980s new-wave throwback that bubbles along on an insistent beat and singer Landon Jacobs' laid-back vocals.

As you prepare for the musical onslaught from Jack White later in the night, clear your musical sinuses with the blitzkrieg attack of this veteran New York prog-rock band. Their signature blend of emo and intricate heavy metal has been blasted out across a series of eight concept albums tied to graphic novels with a convoluted storyline about the titular duo, whose children might be infected with a deadly serum that could destroy the universe. Don't worry about the details, just prepare to rock … hard.

The Grammy-winning Christian rapper has been on an unprecedented tear lately, re-imagining worship rap with trap beats and hard-edge production on the smash "Broke." The Houston-bred MC released his eighth solo album in 2017, the raw, hard-hitting "All Things Work Together," which featured guest spots from Tori Kelly and Ty Dolla $ign and production by such mainstream hit-makers as Boi-1da and T-Minus.

The rapper whose stoned, smoothed-out delivery has launched one of the biggest rap singles of the past year in "rockstar" is ruling the charts this year with his second full-length album, "beerbongs & bentleys." From his often unintelligible drawl to a platinum touch with radio-friendly melodies, Malone is the rare rapper whose live performance has as much to do with rock, folk and country as it does with, well, beerbongs, beats and bentleys.

The former White Stripes mastermind is the perfect pick to bring it all home for this year's edition of Bunbury. His latest, this year's "Boarding House Reach," is a crazy quilt of rock, hip-hop, blues, electronic manipulations and signature White noise. Coupled with his sprawling band of red-hot support players, backup singers and a DJ, his festival-closing set promises fans a whipsaw trip through his solo work, White Stripes favorites and nuggets from the unpredictable bandleader's eclectic side projects.