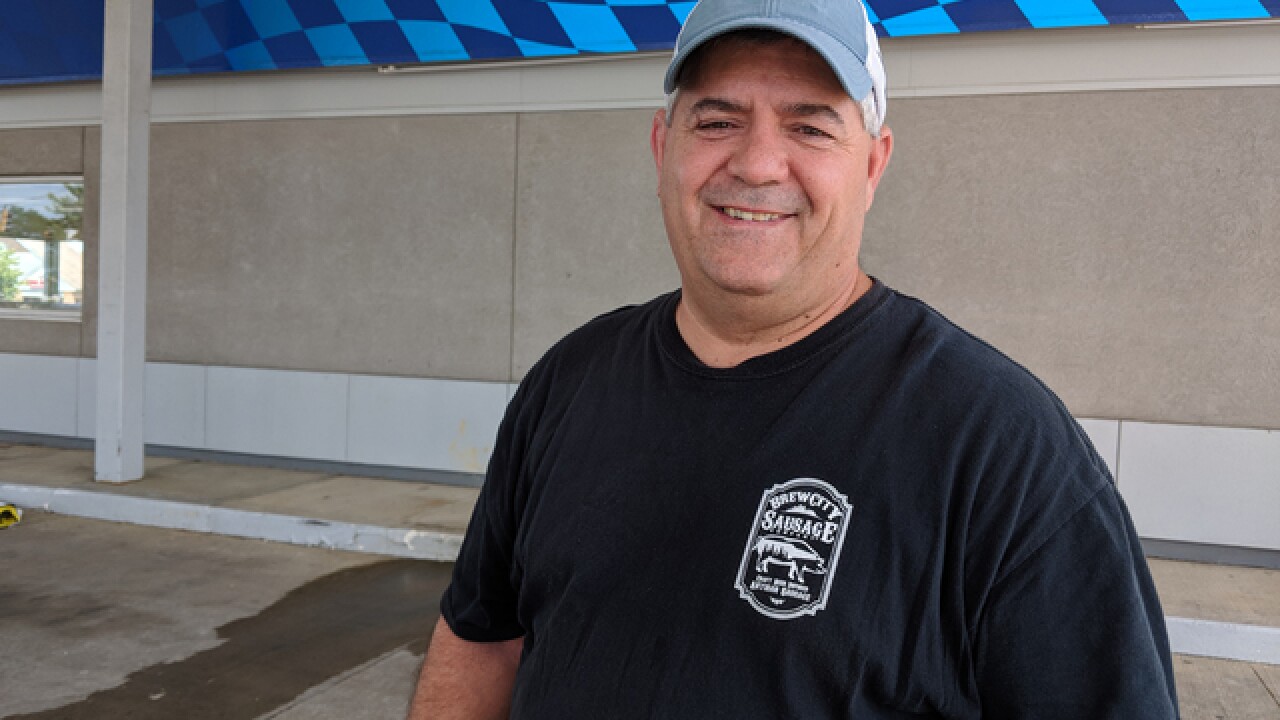 A gas station at the corner of Tylers Place Boulevard and Tylersville Road in West Chester will soon become a dedicated food truck court. The Queen City Mobile Food Truck Association (QCMFTA) will open this location on Oct. 5 -- a first for Greater Cincinnati.

"We will have a full lot of trucks, picnic tables … and parking along the outside perimeter," said Anthony Lange, the founder and president of QCMFTA.

The food court will feature about a dozen food trucks and include amenities such as on-site restrooms and overhangs for sheltered seating.

"Just to know you can go to a place … it's a very good idea, especially for the newer trucks," she said.

The Oct. 5 rollout is the first phase. The plan is to eventually outfit the 60,000-square-foot space with infrastructure, such as electrical drops to power the food trucks, a deck for live entertainment and, budget permitting, new blacktop for the entire area.

Much of the buildout is planned for the upcoming winter months. A key piece of the transformation is the old food mart, which will be partly reconfigured for cold and dry storage.

"We're going to build a bar and indoor seating, but we're not planning on having a liquor permit at this point. Maybe down the road," Lange said.

He envisions the indoor space being used for private events in the future.

The old car wash will be re-purposed as a cleaning area.

"The trucks can go wash dishes and clean everything up and get ready for the next day," Lange explained.

The food truck crowd may know Lange from his "brat mobile," the mobile component of his business, Brew City Sausage Co. The company specializes in craft beer-infused sausages made locally at Avril-Bleh.

Lange started QCMFTA in November 2017 with the simple goal of getting more trucks out on the streets. He sees an underdeveloped food truck community roughly north of the I-275 loop and hopes to close the gap.

"We've got people from Dayton, West Chester, Middletown and Batavia coming to our meetings," he noted.

Lange wants to prove QCMFTA's value and is waiving the annual membership fee of $150 through the end of the year. Members receive assistance and discounts for brand-building and other business-related services such as insurance coverage and vehicle wraps. Lange is personally underwriting the first-year expenses and burning the midnight oil doing graphic design and marketing for the members.

The West Chester food court is open to any food truck that's licensed and insured. Pricing is still being finalized, but Lange anticipates QCMFTA members will pay $60 per session -- each session comprising four to five hours, typically a lunch or dinner segment. Non-members are expected to pay a slightly higher fee, around a $20 difference. Vendors can expect discounts for multiple sessions or longer-term rentals.

The food court spaces are available by the session, or on a daily, weekly and monthly basis. Lange's plan is to secure a few 30-day trucks to rotate with the shorter-term ones, thus creating a consistent yet fresh rotation of food.

"Cincinnati's regulations require that a truck is moved every 30 days," he said.

Vitor Abreu, vice president of QCMFTA and owner of the Urban Vistro truck, thinks the food court will elevate the perception of food trucks.

"You can absolutely get restaurant-quality food from food trucks," he said.

Lange said he is on a mission to grow the food truck community alongside the restaurant renaissance sweeping Cincinnati.

"I see this getting bigger and bigger," he said.