Can the restaurants, bars at The Banks survive? 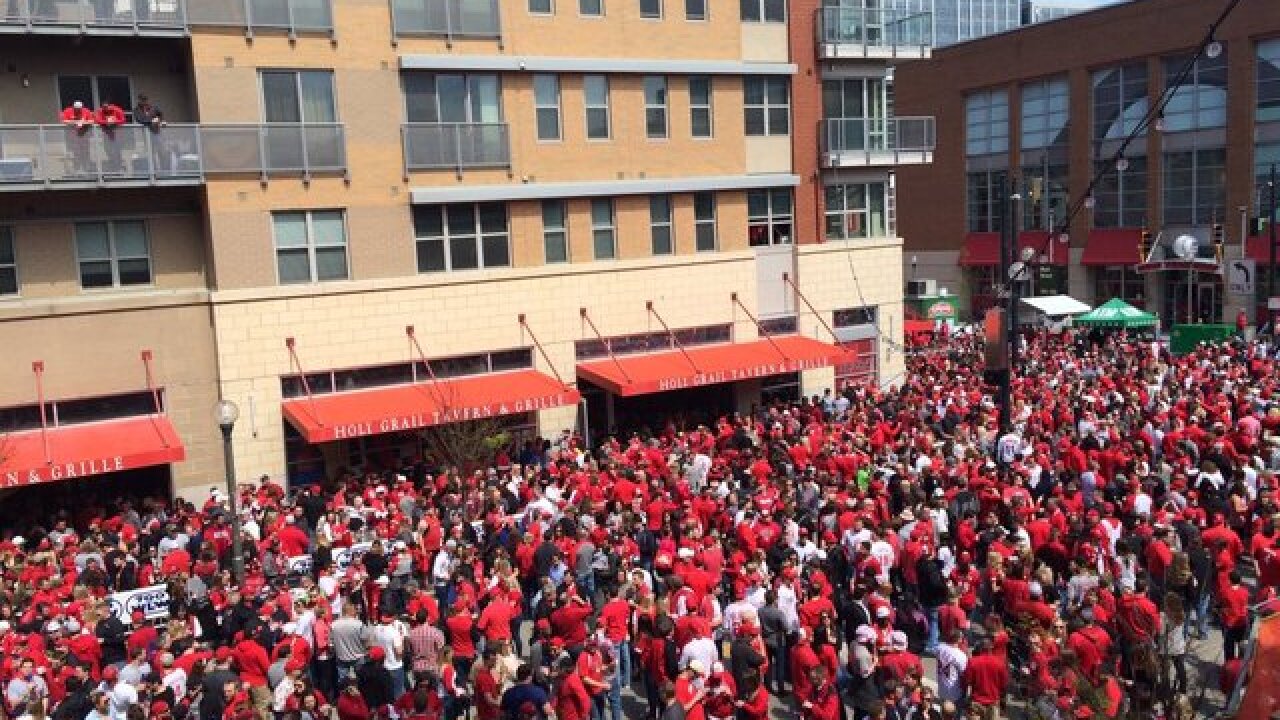 Kenya Brock
<p>Fans packed The Banks for Opening Day 2016. Businesses near Great American Ball Park say they don't expect a slowdown this summer even if the Reds have the down season that's been predicted.</p> 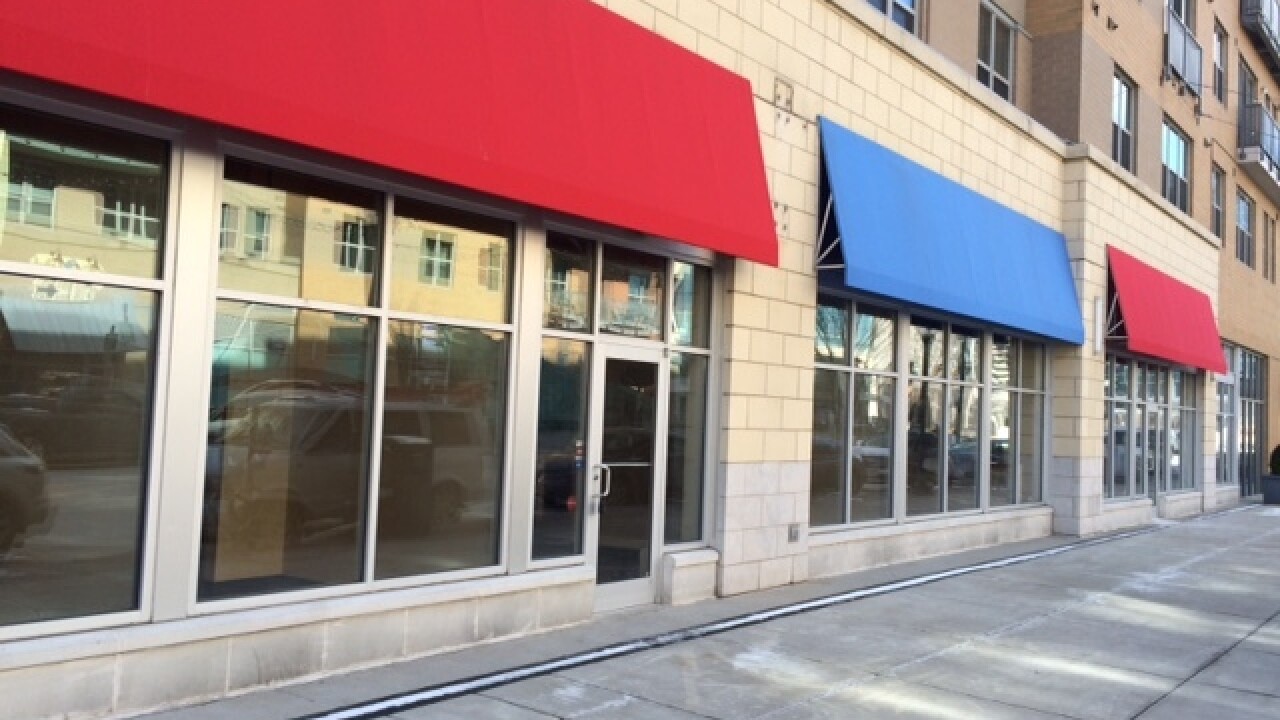 CINCINNATI - The Cincinnati Reds aren’t the only riverfront anchor with a rebuilding year ahead.

The retail closures were well-documented. What’s not as well-known is just how big the financial woes got as the original roster of Banks retail tenants struggled through long, slow winters in the last three years.

Recent court filings show The Banks' retail tenants paid nearly a million dollars less rent than expected in 2014, thanks to closures and delinquencies. An attorney for Nicol said 2015 was trending “even more difficult” in September, when the Nashville-based investment company asked the Hamilton County Board of Revision for a 13 percent reduction in the taxable value of its 300-unit apartment building, Current at the Banks.

“The restaurant/bar scene is not stable down there,” attorney Richard Tranter argued on Nicol’s behalf, according to a transcript of the property-tax challenge, filed this year in Hamilton County Common Pleas Court.

Nicol declined to comment on specific tenant matters, but said it’s encouraged by the addition of a General Electric Co. office building and 291 new apartments, both nearing completion two blocks west of the Banks' first phase.

“We do believe GE will be very positive for the Banks,” said Laura Griffin, an associate at Nicol Investment. “I think it will change the overall dynamic and feel of the project for daytime traffic.”

A 165-room AC Hotel by Marriott will add yet another dimension of retail traffic when it opens next year.

“As it relates to the assets that are there, we’re starting to check all the important boxes,” Griffin said.

Property-tax valuations rarely amount to news. But when it comes to The Banks, where more than $150 million in public money has been invested on garages and street grids that form the foundation of the city’s newest neighborhood, the details matter.

And when it comes to the Banks retail district, not all the details are positive.

A Nicol affiliate paid $79.5 million for the apartment building with 77,000 square feet of ground-floor retail in October 2013. But it said the property was worth only $68.5 million by last September, submitting an appraisal from Jackson Advisory Group to support the lower valuation. The appraisal said the apartments were doing well. Retail was not.

“One of the most alarming things is that there was failure of both national and retail tenants in less than three years, and there has been no interest in the shell space except for temporary storage,” wrote Ray Jackson in his August 2015 report.

The report listed four tenants that were at least 60 days behind on rent, maintenance or marketing charges in January, 2015.

Orange Leaf is owned by a group of Bengals players who tried to establish a charity cornhole tournament in which the Reds and Bengals would compete to raise money for Children’s Hospital. Gould said the deal blew up when the Park Board wouldn’t budge on its $10,000 rental fee for the Moerlein Lawn.

“We couldn’t even get a couple of parking spots in front of the store where people could park for 10 minutes while they went in to get frozen yogurt,” Gould said. “Nobody’s going to pay $4 to park underground to buy a $2 yogurt.”

But Jackson’s report described problems with Banks retail that go beyond a lack of foot traffic when the Reds and Bengals aren’t playing.

“The Toby Keith bar is oversized and has a shape that will make this difficult to demise when that becomes vacant,” he wrote. “The lack of basement areas is a disadvantage for the retail spaces since tenants in many other venues are provided with basement areas for storage and staging, these areas either included in their lease structure or offered at a lower rate structure than the ground level space. In essence, the tenants at the subject buildings have to pay full rental rate structure even for nonproductive areas.”

Jackson’s report said the bar and restaurant district suffers from having “no retail soft goods or specialty tenants,” a critique that was addressed with the recruitment of Tervis, which sells insulated drink containers with licensed brands on them. It opened in March. Other new tenants include BurgerFi and a new bar concept called The Stretch to fill empty space vacated by Johnny Rockets and the Wine Guy.

Griffin said the Banks will attract more service retail when its residential population grows to more than 1,000 when the Wave luxury apartment building is fully leased this year.

“The establishments in the district do a strong amount of other weekend business but the crowds to these types of venues constantly shift allegiance,” Jackson wrote. “The district competes with other restaurant and bar districts located within two miles including competition in the CBD, Over-the-Rhine district, in Mount Adams, at the new casino and across the river at Newport on the Levee.”

“We’re spending a lot of time and energy to make sure that when we do roll out the programming, it’s appropriate for our audience down there and it activates the project in the right way,” Griffin said. “Now that more phases of the park are open and we have a much more family dynamic, we’re able to create some programming that would appeal to a family environment as well as bringing down our regular customers who’ve been down to the Banks time and time again.”

Here’s one indication that the Banks retail slump hasn’t done any long-term damage to the project: Hamilton County’s Board of Revision refused to reduce the taxable value of Nicol’s riverfront property. And Nicol’s appeal to the Hamilton County Common Pleas Court ended in February with a settlement that reduced the value by one percent, or $1 million. That translates to an annual tax savings of about $30,000, said Hamilton County Auditor Dusty Rhodes.

Those savings will accrue to retail tenants at the Banks, who pay property taxes and maintenance charges as part of their monthly cost of occupancy. Holy Grail Banks founder Jim Moehring said his property-tax costs are triple what he originally estimated when his sports-themed tavern opened in 2011.

"Hopefully, they're working with the tenants," Moehring said. "I don't want to see anybody else close down here."