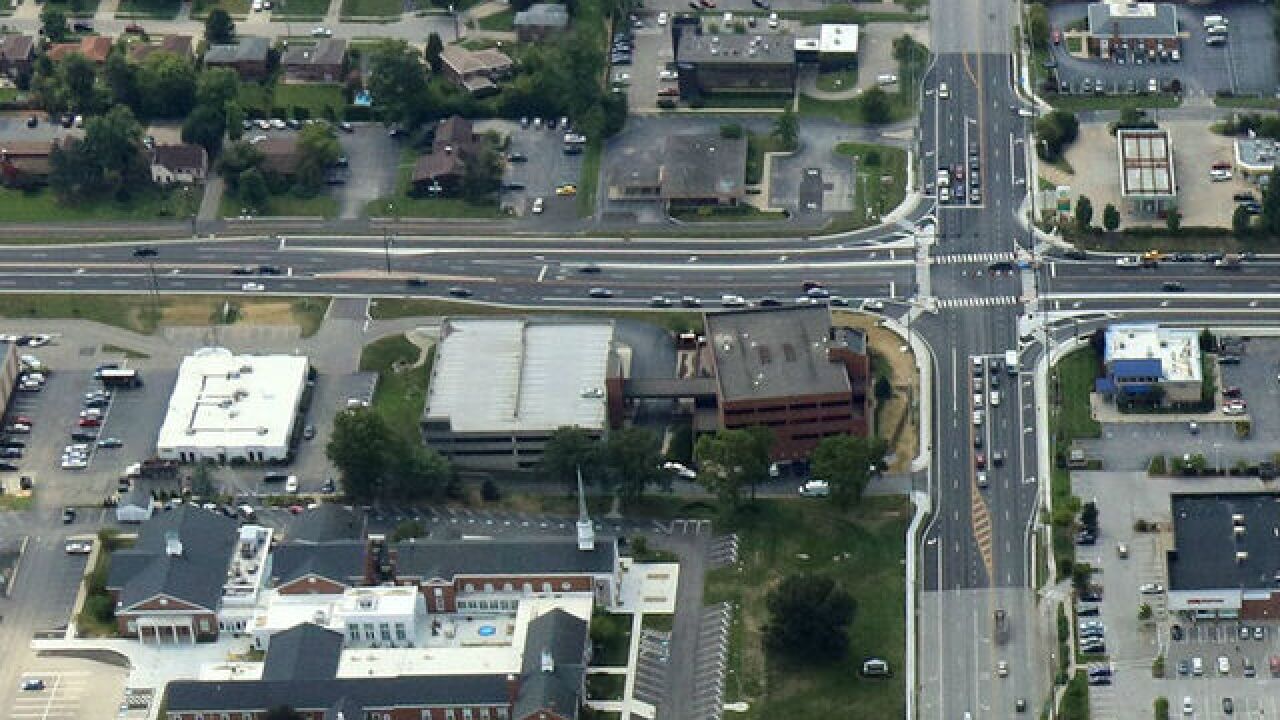 And an engineering study, as well as drivers, have reported shorter wait times to get through the Five Mile Road/Beechmont Avenue intersection.

"To me, it has felt much safer, and traffic is smoother," said Elizabeth Barber, an Anderson resident who drives through the intersection daily.

"I haven't waited more than one or two minutes," she said. "I'm kind of proud of us for being so innovative and being ahead of the game on this."

Called a continuous flow intersection, the design is doing what it was intended to do, said Steve Sievers, the township's operating manager.

"Generally speaking, if you follow the signs and know where you are going, it's pretty easy," Sievers said.

The left-turn-signal lane starts before the intersection so drivers turning left off Five Mile onto Beechmont, for example, have to make that decision several feet before where they would normally turn left. Drivers who wait will find themselves continuing on a north or south path.

Traffic times were measured by TEC Engineering, a consulting engineering group, in recent weeks, with a reduction in average delay of 57.8 percent for the intersection during the morning rush hour. (Comparisons were drawn between 2004 conditions and 2017.)

The redesigned intersection, which cost $3.5 million, is one of the newest intersection designs in place across the U.S. Sievers said there is a continuous flow intersection south of Dayton, but the next closest one is likely in St. Louis.

And while the work is done, ODOT will continue to monitor and adjust to make timing even better.

"It's an evolving scenario," said Brian Cunningham, spokesman with the District 8 Ohio Department of Transportation. "We'll continue to tweak the timing (at Beechmont and Five Mile). The major footprint has been completed, and now we will make sure it continues to operate as intended."

For now, all reports show drivers are less frustrated at Five Mile and Beechmont and getting to work or home a little bit faster.