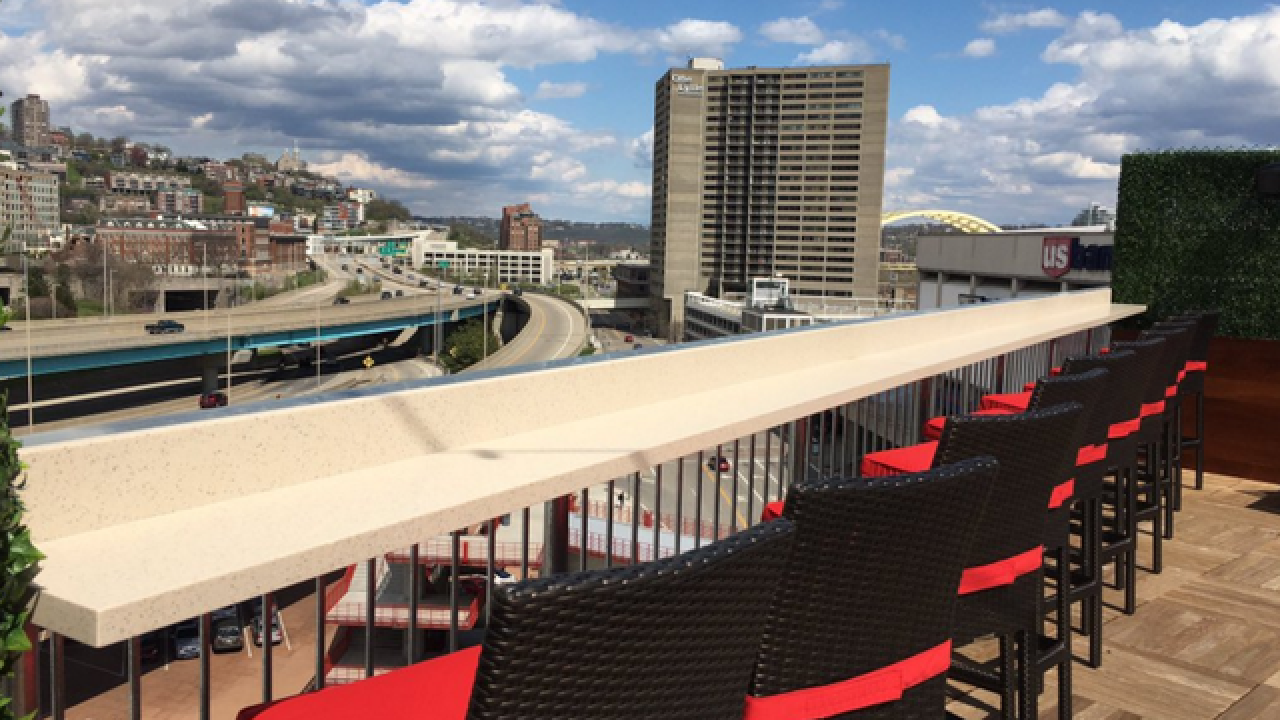 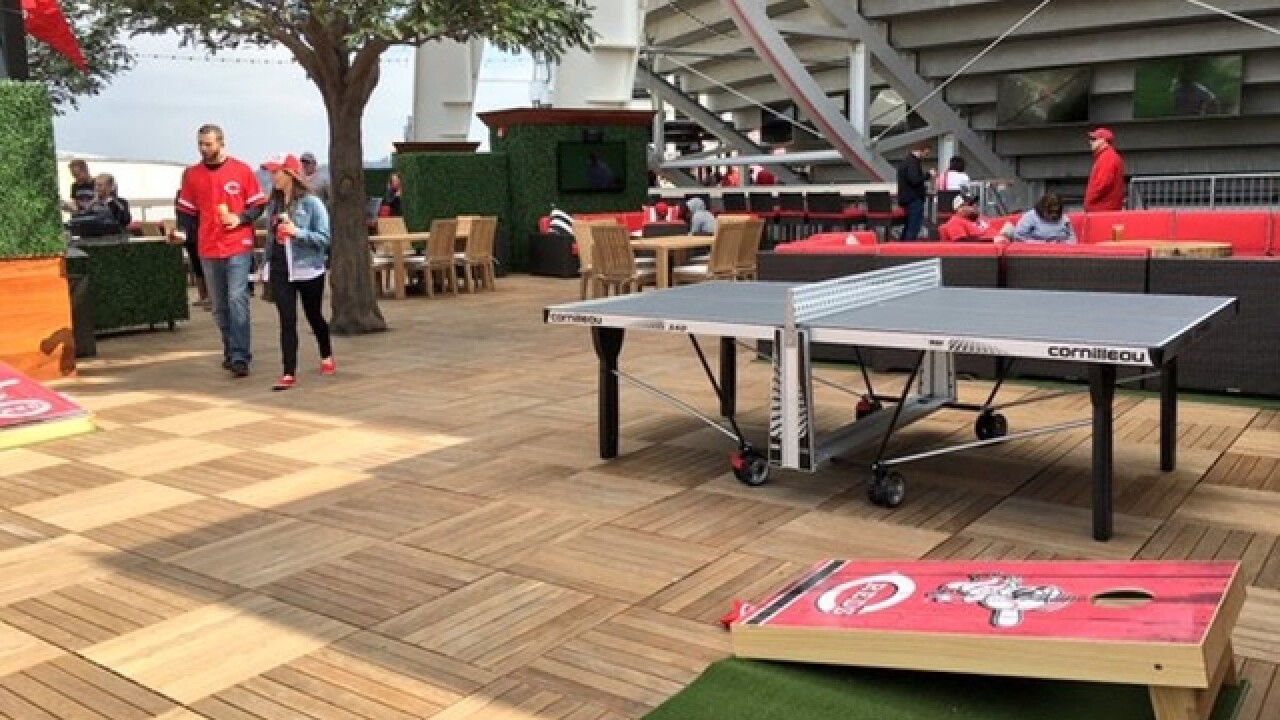 CINCINNATI — No matter how the Cincinnati Reds do on the field this season, the team’s owners hit a home run on Opening Day with the new Fioptics District at Great American Ball Park.

The district, located in sections 408 to 410 on the view level, is made up of drink rails and general seating near the third base line, the craft beer Gigabar with virtual reality booths and a rooftop-level patio that overlooks Downtown. Access to the new section costs $15 per game ticket.

Admission is also good for one free drink from the bar, which offers a wide array of brews on tap from Listermann, MadTree, Christian Moerlein, Rhinegeist, Mt. Carmel and larger national beer companies. Compared to the price of a ballpark draft beer (about $9 a draw) that perk alone makes the Fioptics District perhaps the best deal at GABP.

That declaration is also before fans experience the Fioptics Rooftop guarded by ushers who check tickets and issue wristbands.

“I think it’s awesome,” said Katie Kaminski, who checked out the rooftop while attending Reds Opening Day with her brother Wes.

A beer station sold cans (think Yuengling and Budweiser) from coolers on the rooftop. On game day, the station had perhaps the shortest beer line ever observed in ballpark history.

There were the views of Downtown and Mount Adams off in the distance. The only view missing for the average fan in the 150-person capacity area is the ballfield, obscured by the stadium itself. (A field view exists from the accompanying Cincinnati Bell Connections SkyBar, an exclusive full-service bar area for Cincinnati Bell business guests.)

But a view of the field from the rooftop was never the point of the new area. During a hard-hat tour of GABP before Opening Day, Reds chief operating officer Phil Castellini said the driving philosophy behind the patio was simply to create a space targeted to millennials and casual fans who treat baseball as a social event.

Kaminski, a self-described serious baseball fan, said she sees herself coming back to the Fioptics District with friends for a fun day of drinking and catching up at GABP.

“But I’ll definitely be down there watching the game, too,” she said.

The one element the Fioptics District and rooftop could not accommodate on Opening Day was the weather. Kaminski and others found wind gusts combined with temperatures hovering near 50 degrees on the elevated patio to be teeth-chattering.

Still, the cool temperatures did not dampen the enthusiasm of Fioptic District Rooftop visitors like Nikki Schwartz, who described it as “a little chilly, but nice.”

Thank goodness for the warmer days ahead for rooftop drinking while catching the hometown team.