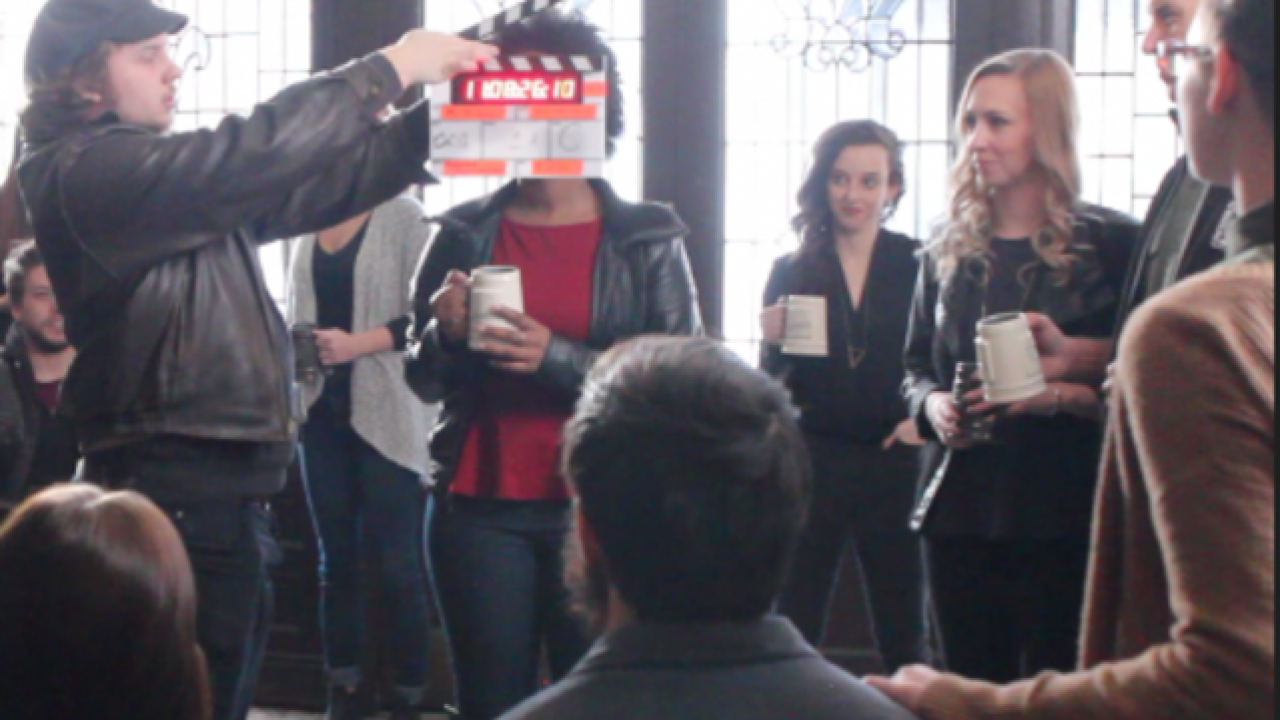 Watch behind-the-scenes footage from the filming of the commercial in the video player above.

CINCINNATI -- Fiona fever shows no signs of abating as the Cincinnati Zoo & Botanical Garden's most famous resident will star in a Super Bowl commercial premiering during Sunday's game.

Hot on the heels of its quick-selling ceramic ornaments and coasters, Rookwood Pottery is introducing a Team Fiona stein and turned to local film studio Rebel Pilgrim to promote it.

Lighting and sound engineers fiddled with their equipment through the morning of Jan. 19 at Grammer's Bar as Rookwood and zoo employees fidgeted, waiting to serve as extras in a poetic toast to Fiona's resilience.

"Essentially what (the commercial is) doing is tying in the whole year of 2017 and all the diverse things that have happened," said Micah Carroll, CEO of Rookwood Pottery. "Some of the good and the bad and how Fiona's pulled everyone together and unified not only the community, but it looks like the country at this point."

Watch the full commercial in the video player below.

Carroll hopes the commercial can keep the spotlight shining on the zoo and its animal conservation work. Zoo Director Thane Maynard said they saw a 15 percent increase in attendance in 2017, with pilgrims coming from as far away as Europe to meet their little hippopotamus.

"I think Fiona's even more popular than Tom Brady," Maynard said. "She was an inspiring story for everybody. She really was. She was saved from the brink. People really cared about her."

Now, Carroll hopes putting out a Super Bowl ad -- a first for both Rookwood and the zoo -- can help them turn a new page in the company's 137-year history.