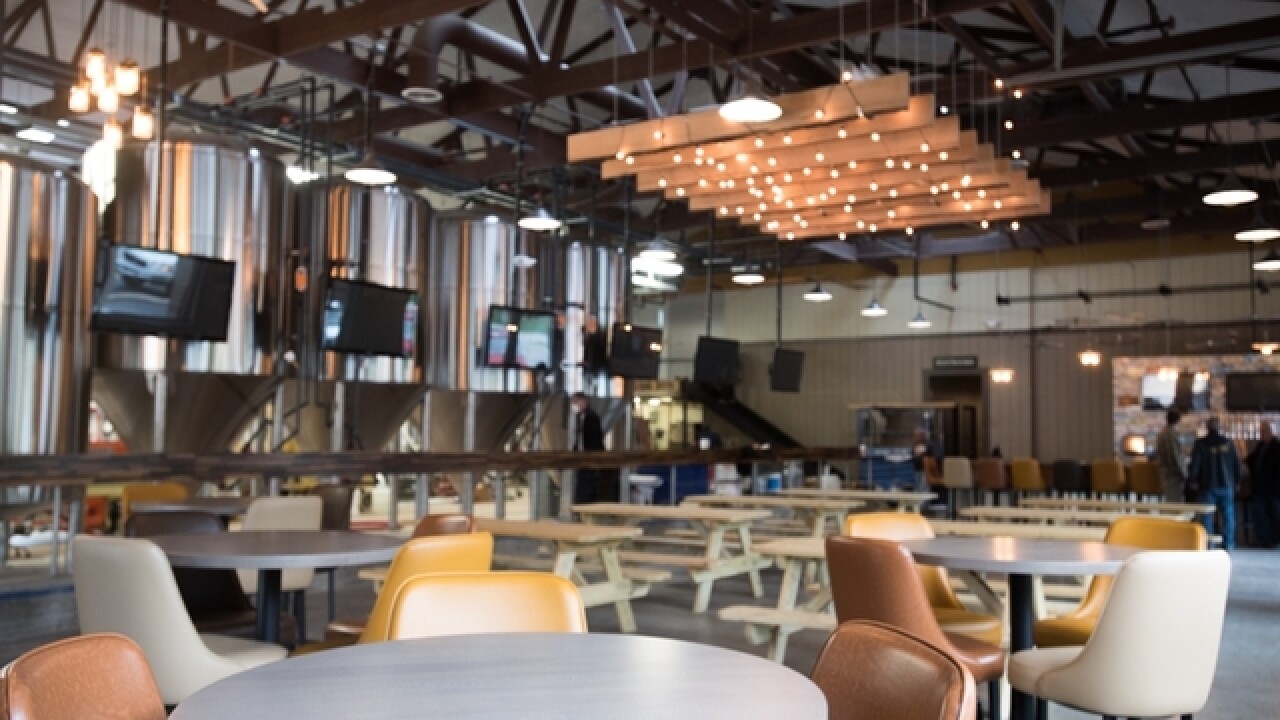 CINCINNATI -- Fifty West will open its Production Works to the public this weekend, with an expanded taproom, additional beers on tap, and a slew of outdoor activities planned.

There are volleyball leagues Monday through Thursday, which have already begun. Sign-ups for sand soccer will be available on the company’s website soon. Canoe and kayak rentals begin Memorial Day weekend, and running groups will be forming over the next couple of weeks.

The new activities will take place in the former Hahana Beach facility, which Fifty West took over in October. The new space also created room for a much larger brewing facility, which is, at the end of the day, the main objective.

Half of the space is dedicated to patrons, the other half houses four shiny new 40-barrel fermenters and a larger brew house.

Fans of the current restaurant and taproom shouldn't worry – it will remain in operation right across the street. Fifty West enthusiasts are simply getting more options in how they enjoy their beers, be it in the original building on Wooster Pike, the new space across the street, or even further out in the world.

“We can now actively sell our beer,” Horsburgh said. “Our orders used to be filled up for the week, sometimes by Monday afternoon. With more volume, we won’t struggle to just keep beers on tap. Anybody that wants our beer can get it now.

“I want to make world class beer here,” he said. “Accolades are good, but I also want to do it because I want to drink the best beer.”

He also said that Fifty West would be offering some beers canned, but only in the Production Works. In addition, Punch You in the EyePA, the brewery’s double IPA, will start to be sold in bottles later this year, Horsburgh said.

The taproom itself – with 13 televisions and a wide open floor plan – flows from east to west thematically.

“Everything’s directional with our brand,” Horsburgh said. “The room flows that way, from the east to the Fifty West park sign by the door, to the license plates above the bar. They are a cool talking point for people; they can pick out their favorite.”

“We’re going to continue operating the restaurant -- this space is more for large group parties,” Horsburgh said. “That’s more an intimate setting; this is more for hanging out and having a beer with your friends.”

Indeed, sharp eyes will spot rare plates from Washington D.C., common ones from California, and even an old Fifty West plate from their first VW bus, Penny Lane.

“When we were putting these up, they cut a plate from D.C. I said, that’s the most expensive one!” said Bobby Slattery, co-owner of Fifty West. “I learned a lot about license plates for this.”

The spot will be easy to find, what with a silo holding up to 50,000 pounds of grain out front along with the newest addition to the Fifty West vehicular family, Jude. In keeping with the tradition of tying their brand to the journey of U.S. 50, Wooster Pike’s official name, a third vintage Volkswagen was purchased for the new facility.

This one, a single cab truck, traveled even further than the length of U.S. 50 to arrive at the brewery.

“We’ve made our name on the VW thing, so I thought, how can I do one that’s different?” said Max Fram, Fifty West sales person. “We bought it from Miami, Florida, but it was originally imported from Brazil.”