Fifth Third bets big on IT - but at what cost? 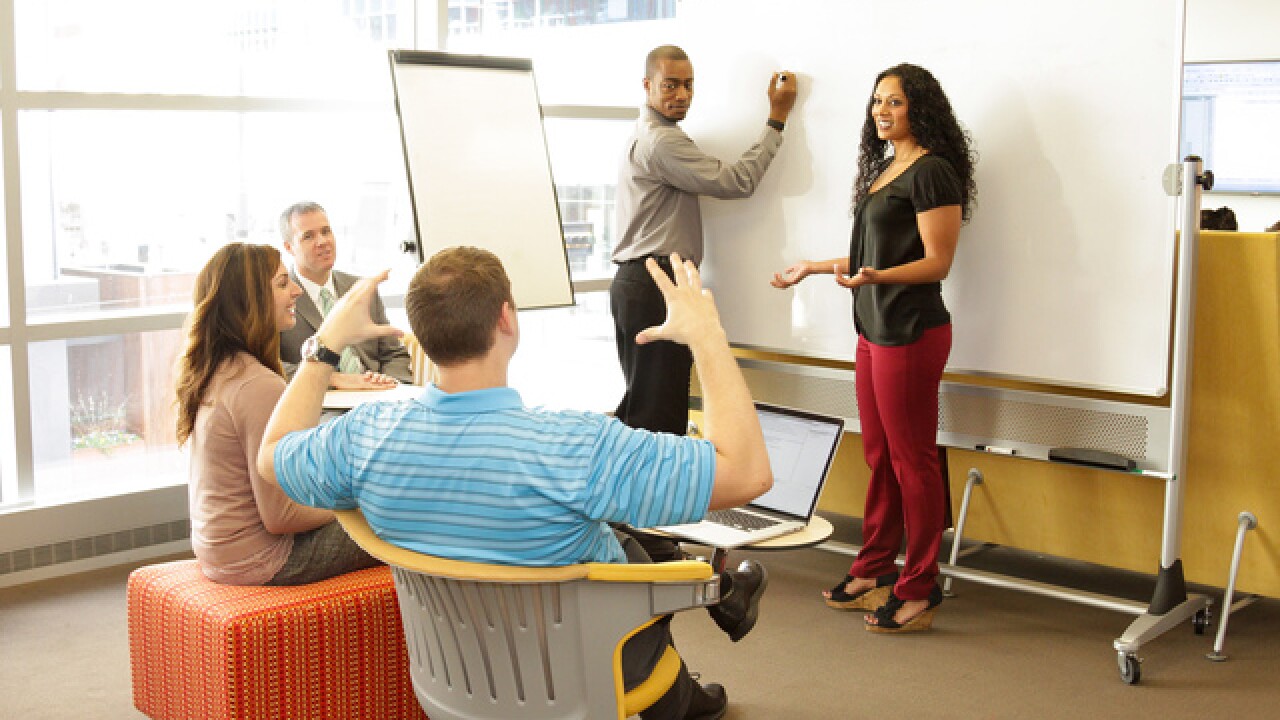 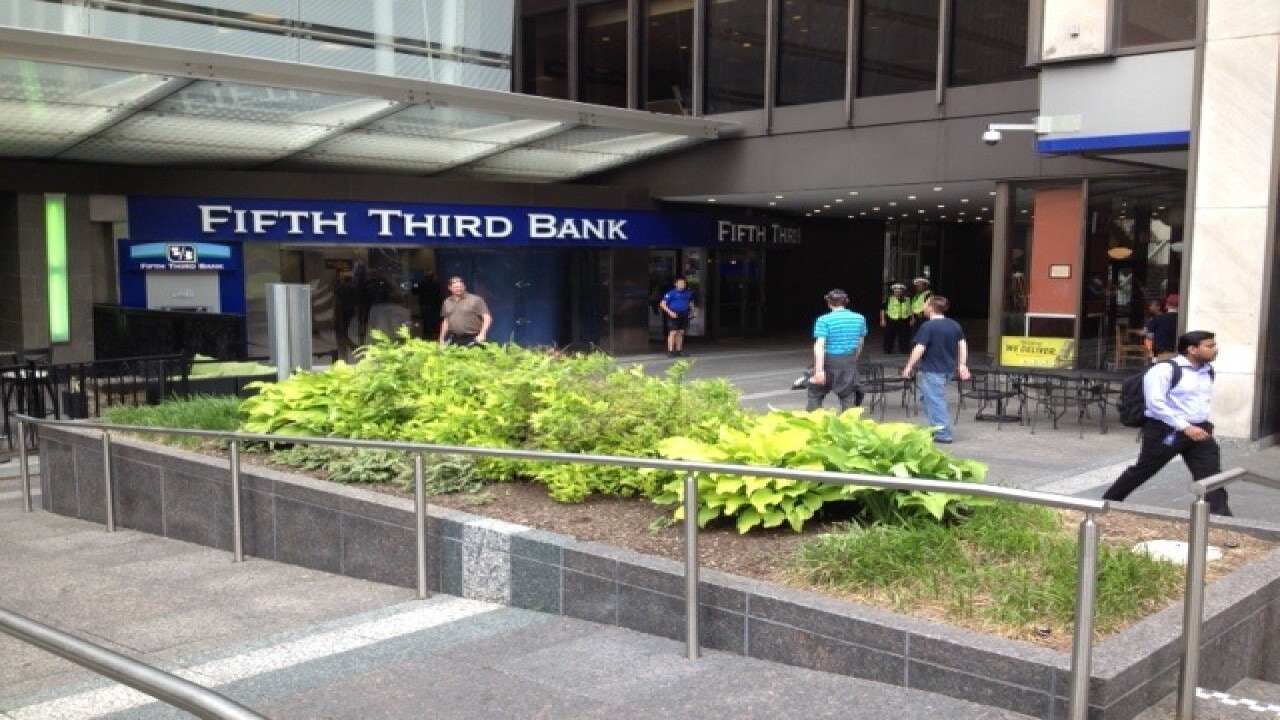 CINCINNATI -- Executives at Fifth Third Bank have made it clear. They're betting big on IT.

The Cincinnati-headquartered company, one of the region's largest employers, is in the midst of a hiring blitz to help fill in its rapidly expanding information technology division — a means for the bank, officials say, to differentiate itself from the competition.

But at what cost?

Last summer, Fifth Third announced it would close 105 brick-and-mortar branches system-wide by mid-2016; leaders said some of those related savings would be invested in technology.

And in January, the bank extended a first-in-its-history buyout to 775 employees in an effort to lessen expenses.

But the latter is unrelated to the IT push, said Laura Trujillo, Fifth Third spokeswoman, and they're still committed to adding the tech jobs.

Fifth Third has already created 120 new IT positions in Cincinnati, the majority of which earn $100,000 salaries. By year’s end, the bank plans to add dozens more, bringing its total tally of IT professionals to 1,000 overall, a 27 percent increase since 2012.

It's targeted as an area for growth.

“These are high-end roles that will help build the products to ensure our customers have the best experiences," said Sid Deloatch, chief information officer, Fifth Third. "All technology investments will help the bank grow or become more efficient."

Deloatch is confident Fifth Third has one clear advantage when recruiting IT talent. "Our CEO."

Greg Carmichael joined Fifth Third in 2003 as its chief information officer and was named the bank's top executive in November of last year. Prior, he served in the same role at Emerson Electric and spent more than 10 years in IT at General Electric.

Deloatch says Carmichael sees IT as an opportunity "to increase customer experience and efficiencies, while at the same time dealing with the deceleration of brick-and-mortar.”

While much of Fifth Third's IT efforts are behind the scenes, customers likely see most in the Fifth Third app, Deloatch says. It's something you can hold in your hand, quite literally. The bank's mobile user base, for example, has increased 28 percent from 2014 to 2015, and more and more of its customers are choosing to be “mobile only.” That number jumped 58 percent year-over-year.

Ryan Klein, a developer based at the bank's Madisonville office, is part of a nine-member internet banking team. He spends a large majority of his time writing code for the app.

The Ohio State grad joined Fifth Third in 2009. He started working on the mobile app last March. His team was among the first in the industry to roll out several key features, like mobile check deposit, but they upgraded it with an immediate deposit feature that released in October.

"As soon as you click submit, you can go to the ATM and withdraw cash," he said. "That's been a huge success for us so far."

Touch ID, or fingerprint-authentication technology, has been in use for a couple years, but it's been a "game changer" here, he added. And, soon, Fifth Third will release actionable fraud alerts, real-time alerts that aim to reduce card misuse. Those notifications will also eventually apply to wire transactions.

"It's a huge departure from before, when you would get an alert, then have to call customer service and go through this whole process to get your card blocked," Klein said. "All that time, you're worrying, ‘Is my card going to be used again?' Now, if we detect fraud on your card, we'll send you an alert, and you can say, yes, this was me, or, no, this was not me, and if you say no, your card will be blocked immediately."

And there's new ideas circulating, too. Imagine this scenario: You set up a transition on your iPhone, walk up to an ATM, tap it, and your money automatically dispenses, just like that.

"Those kinds of things are talked about all the time," Klein said. "There's a lot of investment in automating more with the ATM. … That's what I like about this team. Ideas are never shunned. Ever. Now, whether or not they (come to fruition) is a different story. But, there's still time budgeted to explore those things.

"It's just awesome,” Klein added. (Carmichael) sees IT more as a competitive advantage rather than a back-office function that just supports the salesmen. That hasn't always been the case for IT at a bank."

As for behind the scenes, moves are being made to make the mortgage process more seamless, and to improve technology at branches. Another piece is digitization, Deloatch said. The bank is looking at improving the way it collects and uses data.

All efforts will better satisfy customers who increasingly demand instant access and increased convenience, he said.

Geetha Minton, a lead analyst and five-year veteran at the bank, also in Madisonville, said those additions should help the company grow by "leaps and bounds."

In her role, she serves as a liaison between the bank's business customers — like UPS — and Fifth Third's developers. Related team efforts mean technology like Currency Processing Solutions (CPS), or smart safes that count cash payments and credit a customer's account — Pilot/Flying J, for example — is expanding to new clientele.

"It's going to make us more efficient," she said. "We're going to be able to deliver faster, better, quicker. We’ll be able to get more projects in the pipeline, because we'll have more hands on deck.

"The thing with technology, it's constantly changing, constantly improving," she added. "Companies like GE, Procter and Gamble, dunnhumby, they all have super strong IT departments; they're all very progressive and are always moving forward. We need that manpower to keep up with that demand."