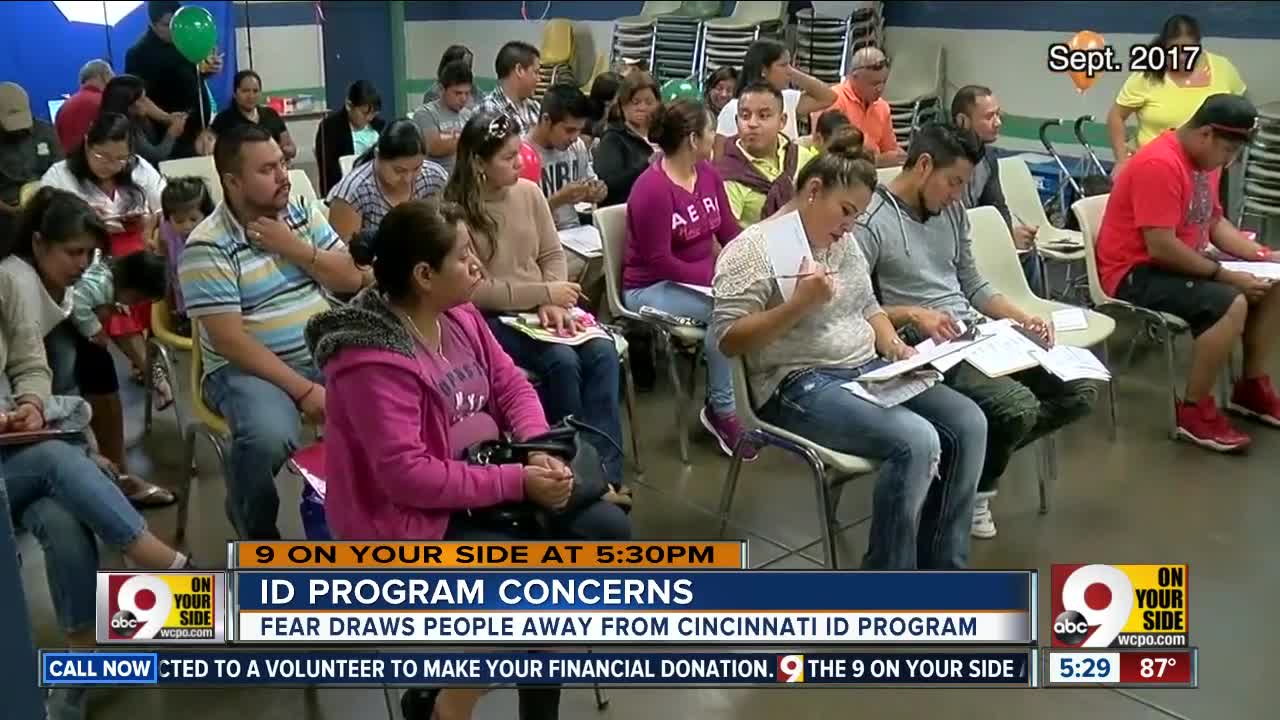 When Cincinnati launched a program to help immigrants get photo ID cards in August 2016, more than 600 stood in line to get one. Some slept outside overnight. Two years later, a local religious coalition is still hosting monthly ID card drives, including one on Saturday. But far fewer immigrants are showing up these days. That’s because many are fearful of the highly publicized workplace raids of undocumented immigrants by the U.S. Immigration and Customs Enforcement nationwide. 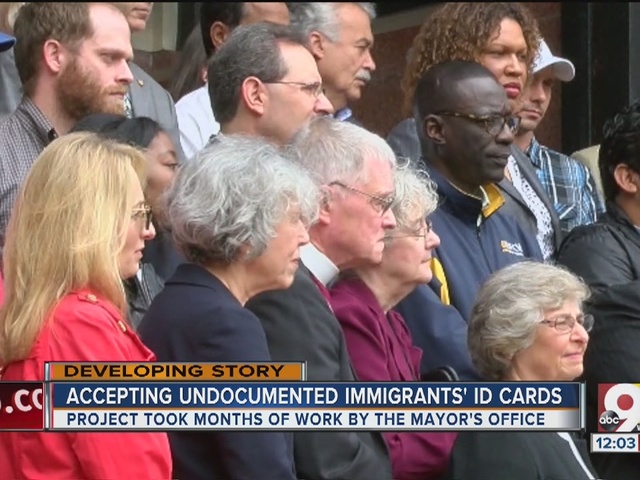 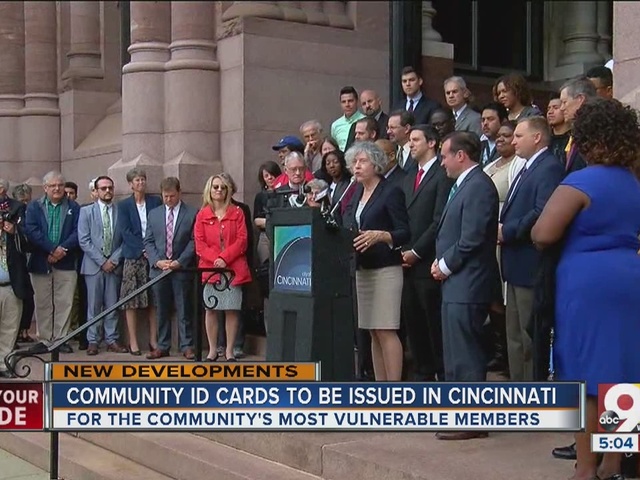 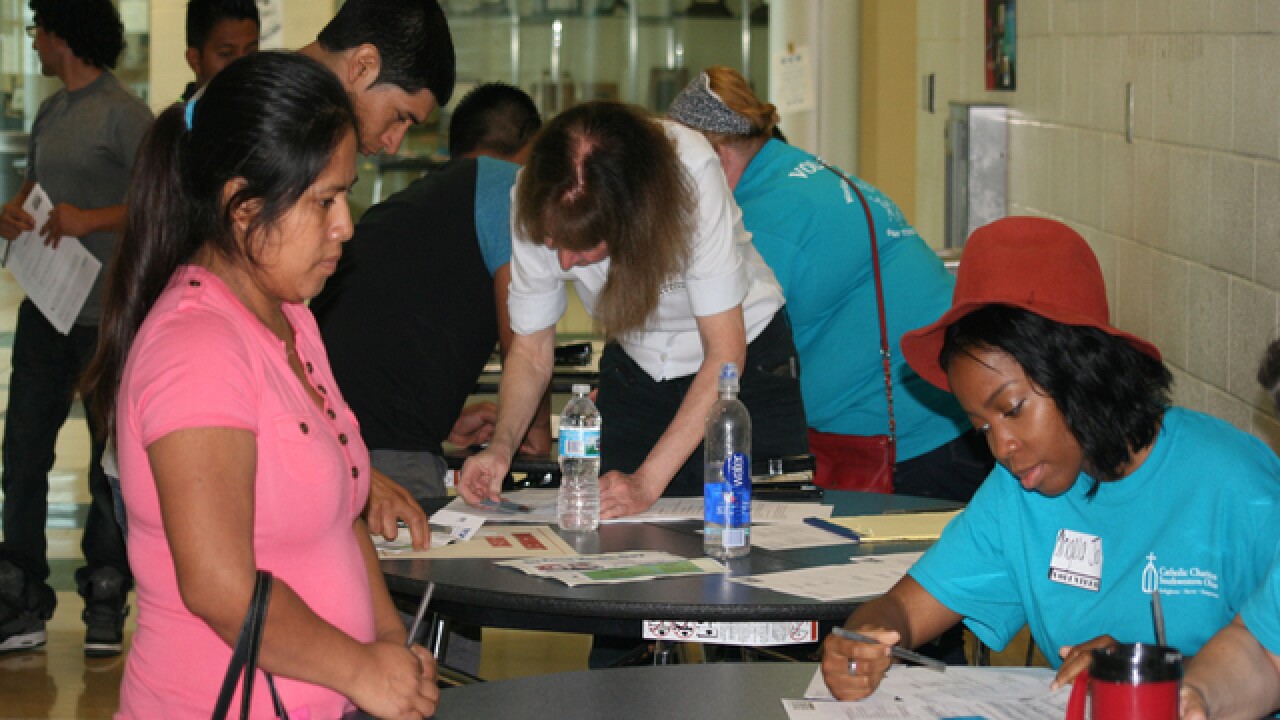 CINCINNATI - When Cincinnati launched a program to help immigrants get photo ID cards in August 2016, more than 600 stood in line to get one. Some slept outside overnight.

Two years later, a local religious coalition is still hosting monthly ID card drives, including one on Saturday. But far fewer immigrants are showing up these days.

That’s because many are fearful of the highly publicized workplace raids of undocumented immigrants by the U.S. Immigration and Customs Enforcement nationwide. While no raids have taken place in Cincinnati recently, advocacy groups have moved the location of ID card drives to schools and churches, in the hopes of making immigrants feel safer and encouraging a bigger turnout.

“People are concerned about their safety, about being picked up and deported,” said Ted Bergh, CEO of Catholic Charities of Southwest Ohio, which sponsors the ID card drives. “So they’re much more careful. They don’t go out as much.”

Cincinnati City Council approved the program in May 2016 to help people who don’t have traditional government identification, such as new immigrants, homeless people and former prison inmates who are returning to society.

The first time that Metropolitan Area Religious Coalition of Cincinnati (MARCC) and Catholic Charities began distributing the cards, the agencies had to host an overflow drive because too many people showed up than could be helped that day.

Although turnout has been down recently, MARCC’s Executive Director Margaret Fox still expects 30 to 50 people to show up for the next ID card drive on Sept. 15 at the Academy of Multilingual Immersion Studies in Roselawn.

At each MARCC card drive in Cincinnati, police officers talk about community safety and how people who only speak limited English should interact if they are stopped by the police.

"The bottom line is: We are all committed to safety, and this measure will allow citizens to feel safe about talking to the police when they may not normally have been, and feel that they can report crimes and be able to identify themselves and not see police as a threat to them," Chief Eliot Isaac said at a 2016 press conference in May announcing the plan.

Both Isaac and Cincinnati Mayor John Cranley have been supportive of the ID cards, though the city does not run the program and doesn't have a list of those with the ID cards.

Cincinnati is the only city in the state, and only a handful nationwide, to have an ID card program. Roughly 1,700 cards have been distributed here since 2016.

“Just imagine yourself walking around without any identification other than what you’ve brought from another country, or coming out of prison with just one sheet of paper that says you served time,” Fox said. “Try to find housing. Just try to find a job. Try to enter any kind of institution without a photo ID. It’s very difficult.”

In order to get an MARCC card, applicants must show some existing ID, such as a passport or expired driver’s license, in addition to proof of address, such as a utility bill. The cards cost $15 and last a year.

The card is a valid form of identification only within the city of Cincinnati. For example, the MARCC card is considered valid identification to allow people to get city water turned on at their homes, or get a library card.

But the ID card is not valid identification for state or federal services. It doesn’t allow people to vote, and it’s not a replacement for a driver’s license or a state identification.

“It doesn’t allow anybody services they are not entitled to under the law,” Bergh said. “But if someone wants to get some kind of permit or has some other kind of need, they can be identified by the city without going in with a Columbian passport or a Columbian drivers license that’s in Spanish, that no one knows what to do with.”

The next MARCC ID drive is on Saturday, Sept. 15 at the Academy of Multilingual Immersion Studies school, 1908 Seymour Ave., Roselawn. Applicants must attend a mandatory orientation at noon or 2pm. Residents must bring photo identification, such as a passport; proof of residency, such as a utility bill; and $15 in cash. At this event agencies will also host a health fair and the Freestore Foodbank will donate food.