CROSBY TOWNSHIP, Ohio -- It’s a Wednesday morning in early August, and in front of the Fernald Nature Preserve, Mo Henning has set up a tripod and camera with a long lens. He’s taking pictures of a large, red-tailed hawk, perched on the roof.

Henning and his friend, Wyoming resident Wendy Burt, a retired biology teacher, have been coming to this northwest Hamilton County site with their binoculars and bird-watching gear since it opened 10 years ago. This morning, Burt said, they’ve already seen a red-billed cuckoo, a blue grosbeak, an indigo bunting, some goldfinches and some sparrows.

They love coming in the spring, Burt said, because it’s one of the first places they can see migrating ducks.

They aren't alone: Last year, 14,000 people signed in at the visitor’s center, according to Sue Walpole, who greets guests upon arrival.

Most visitors don’t realize, she said, that they’re standing in what used to be a plant for making components of nuclear warheads.

But the evidence is all around: From the visitor’s center, you can see an immense grassy knoll -- 3,700 feet long, 800 feet wide and 65 feet tall -- where nearly three million cubic yards of radioactive soil is buried.

Inside the visitor’s center, interactive exhibits tell the story of the plant and the $4.4 billion cleanup completed in 2006. Complete, that is, except for treatment of groundwater, which it’s estimated will continue until 2039, said Sue Smiley, the DOE’s site manager for Fernald. 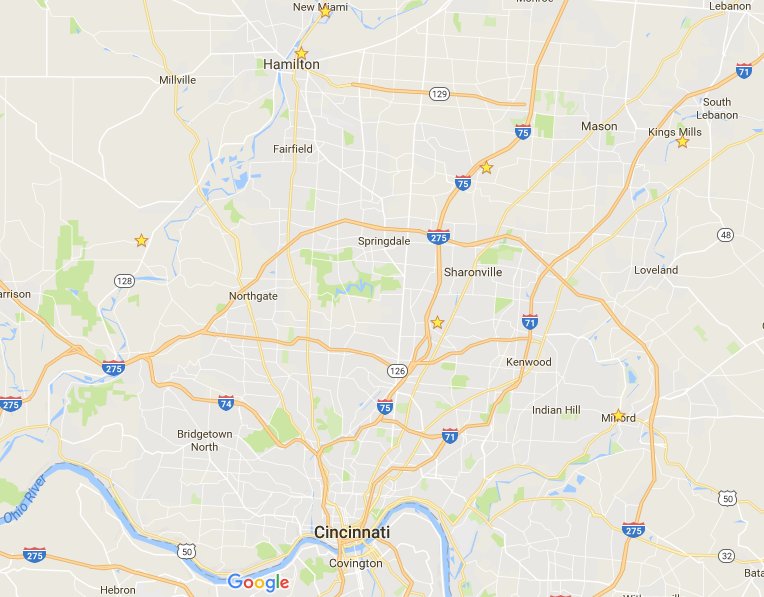 Fernald is one of seven sites in southwest Ohio on the National Priorities List of sites eligible for cleanup under the federal Superfund program.

Cleanup is complete at most of them, but many will continue to have groundwater treatment for years to come. At many of the sites, cleanup consisted of excavating and consolidating contaminated soil, then capping it to keep rainwater out.

Most sites don't have landscape or wildlife like Fernald, however; the former Skinner Landfill, for example, is just a shallow depression, covered with grass, beside the U.S. Postal Service office in West Chester.

Congress created Superfund in 1980 to tackle the nation’s worst environmental cleanups. Each year, sites are put on its National Priorities List based on criteria in U.S. Environmental Protection Agency regulations.

The Superfund program is back in the news with the election of Donald Trump, whose federal budget proposal calls for cutting Superfund by $330 million annually, about one-third of its budget.

New Environmental Protection Agency Administrator Scott Pruitt recently vowed to create a top 10 list of Superfund sites where cleanup’s estimated to cost $50 million or more. There are more than 1,300 sites on the National Priorities List, and more than 100 have had no formal remedy plan for at least five years.