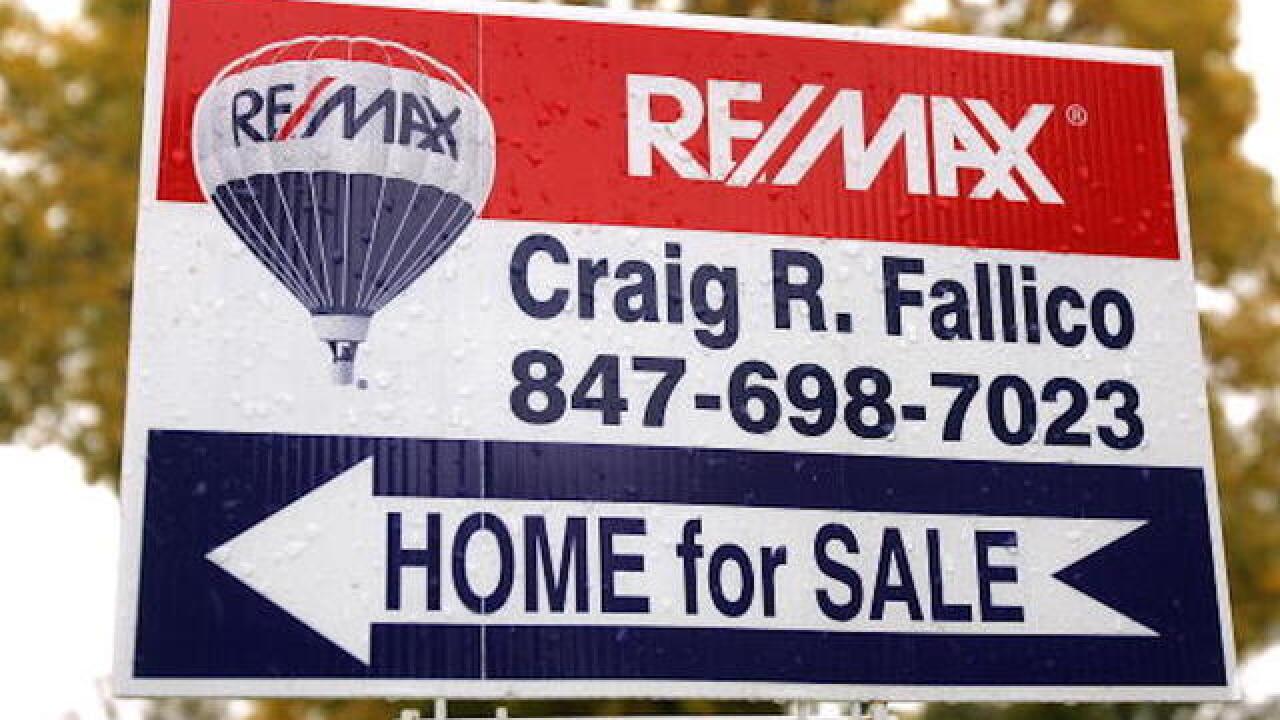 Copyright Getty Images
Tim Boyle
<p>PARK RIDGE, IL - OCTOBER 04: A "Home for Sale" sign points to an existing single-family residence for sale October 4, 2006 in Park Ridge, Illinois. The slowing of home sales is projected to result in lower home prices in 2007, particularly in the Northeast, Florida and California, according a report released October 4. (Photo by Tim Boyle/Getty Images)</p>

This winter brought less chill to the Tri-State both on the thermometer and in the housing market.

Existing home sales in Greater Cincinnati beat both regional and national figures in February compared with February 2015. In figures released late last week by the Cincinnati Area Board of Realtors, whose territory covers Southwest Ohio, and the Northern Kentucky Association of Realtors, existing home sales in the combined region rose 6.84 percent over the year-ago month.

The results were driven by a near-24 percent surge in Northern Kentucky sales, but even Southwest Ohio’s more modest 3.08 percent increase was higher than the seasonally adjusted 2.2 percent increase reported for the U.S. by the National Association of Realtors.

In the nine Greater Cincinnati counties the trade groups cover, 1,828 home sales closed in February, 314 of them in Northern Kentucky. Their combined value of $291.9 million marked more than an 8 percent increase from the 2015 month.

Lawrence Yun, the NAR’s chief economist, said in a news release that the disappointing U.S. numbers could be blamed in part on the blizzard that hit the Northeast and a slump in stock markets. The main cause, though, “continues to be a supply and affordability problem,” he said, noting that increasing home prices are outpacing wage growth.

Local and national real-estate officials have warned for many months that growth in home sales is being throttled by a shortage of housing stock. Besides keeping the number of sales down, it disproportionately drives prices up. That’s born out in Greater Cincinnati, where the combined value of February’s 1,828 home-sale closings was $291.9 million, more than an 8 percent increase from the 2015 month.

“We are still low in inventory,” said Patti Stehlin, CABR’s president. “That is a big challenge right now.”

The smaller changes in February median prices — 4.8 percent higher in Southwest Ohio, at $131,000, and a fraction lower, at $130,750, in Northern Kentucky — means more higher-priced homes sold in the period. The median price is the point with the same number of sales above and below it. It is often regarded as a better measure than an average sale price, which can be skewed by unusual sales at either the high or low end.

While the housing market has recovered sufficiently so that sellers are no longer likely to lose money on a sale, home construction remains anemic. That means the supply of homes isn’t likely to loosen up any time soon. U.S. new home sales in February, as reported by the U.S. Census Bureau, fell 6.1 percent February over February. The Midwest region, hampered less by the blizzard, managed a slim 1.9 percent gain.

Builders are starting to return to the Cincinnati market, Stehlin said, but, “for a buyer, there are not a lot of choices for them.” She said many homes — if they’re priced and staged properly — are on the market for less than 30 days.

She said she has seen more relocation buyers in the market in recent months, a possible indication of economic vitality. If they’re moving from either coast, they’re coming to a very affordable market, she said, and are able to afford above median-price homes.

A big year-over-year spike in Northern Kentucky sales can be chalked up to one simple reason, said Jim Simpson, president of NKAR: “The weather cooperated with us extremely well. Our sales never really slowed down like they usually do this time of year.”

Simpson said several economic trends are jointly fueling continued growth, especially in Northern Kentucky. One that might not come immediately to mind is credit. “Buyers are healing their credit.” It’s a ripple effect of an improving job market, he said.

He said he’s also seeing more trade-up buyers — “more than we’ve had since the recession” — which is driving the upper end of the market.

Despite the strong numbers, he echoes Stehlin about the market’s top challenge. “There’s a lot of demand, and the biggest problem we're having … is a shortage of inventory.”

Dan Dressman is sympathetic and said help is on the way. He’s executive director of the Home Builders Association of Greater Cincinnati. The number of construction permits issued in Southwest Ohio was up “by double digits” in 2015, he said, and he expects to see an even greater increase this year.

There’s plenty of room for growth: The permits number — 3,579 for all of 2015 — is still around half of the pre-recession level, he said.

Dressman said the biggest obstacle to more home construction has been tight financing. That’s now easing, he said, noting that companies were again starting to build “spec” homes, that is, homes that don’t already have buyers lined up. The association is even producing a home-show event through April — the Parade Craze Tour — of spec homes from nearly two dozen builders. It’s one of an unprecedented three home shows slated in Southwest Ohio this year.

Greater Cincinnati home sales are coming off of a strong 2015, during which the number of sales rose by about 7 percent and the dollar value of homes sold jumped by more than 10 percent. The value of homes sold in Northern Kentucky passed the $1 billion mark for the first time.

Hot communities continue to be in a ring generally outside the Interstate 275 loop, including Hamilton Township in Warren County, Liberty and West Chester townships in Butler County, and Alexandria, Crestview Hills and southern Boone County  in Northern Kentucky.