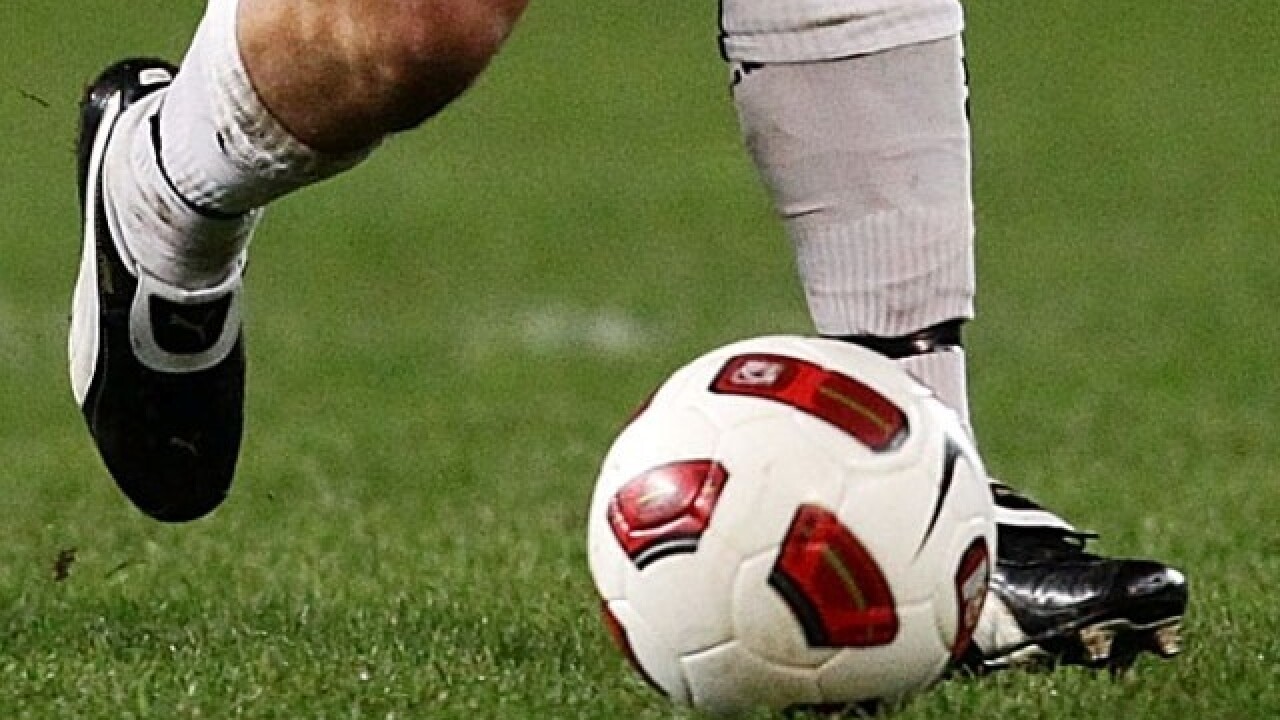 Image copyright 2013 Getty Images. All rights reserved. This material may not be published, broadcast, rewritten, or redistributed.
<p>Matt King/Getty Images</p>

It likely would take two U.S. Open Cup victories to get another match against the Major League Soccer foes, but otherwise the final meeting between the two clubs as intra-state rivals might have been Sunday’s closed-door scrimmage.

FC Cincinnati, playing a different lineup for each half, came away with a 4-2 win over a squad of reserves in a private friendly at the Crew’s training center in Obetz, outside Columbus.

The next time the two teams meet, if not this summer in the Cup, both clubs could be in completely different situations. Crew owner Anthony Precourt is looking to move his team to Austin, Texas, in 2019 – the same year FCC could begin play in MLS if its bid is accepted.

“That's definitely a tough situation (with the Crew),” said FC Cincinnati defender Matt Bahner, a West Chester native who grew up a Crew fan. “I don't know much about it obviously, but anytime that happens, it's obviously tough. There's a lot that goes into it, so I'm not going to sit here and pretend I'm an expert, but Columbus, they have a lot of history with MLS and also playing with the national team. ... That history is something you don't want to lose and you want to continue to build on that.”

Sunday’s scrimmage, watched only by club personnel, a few family members and four reporters in attendance, was a far different atmosphere than last summer’s thrilling 1-0 victory in the fourth round of the U.S. Open Cup – what seemed at the time to be just the first of possibly many “Ohio Derby” matches.  A crowd of 30,160 fans watched that one as Djiby Fall’s looping header goal in the 65th minute propelled FC Cincinnati past the MLS club it hoped to be playing against regularly with a potential promotion to the first division.

Precourt didn’t announce his plans to move the team until four months later in November. Meanwhile, FCC is still waiting for MLS to choose the next expansion club that was originally supposed to be determined last December.

Jeff Berding says he doesn’t expect an #MLS2Cincy announcement this week. Probably not before home opener, he said.

FCC President and General Manager Jeff Berding said Sunday that he doesn’t expect an MLS announcement before the club’s home opener April 7, though he still wants to have a stadium site selected from the three options – Oakley, Newport and West End – by March 31.

As for Sunday’s scrimmage, Koch said the two clubs had discussed a friendly “a while ago,” and the Crew reached out upon seeing that FC Cincinnati had a bye this weekend. Both sides saw it as an opportunity to get players some minutes against quality competition.

“I think we have a good relationship between the two clubs,” Crew coach Gregg Berhalter said. “We are able to do exercises like this that help both clubs tremendously.”

Said Koch, “We’ve got to win two games first, but they are one of the teams we could play (in the Cup), and just like last year, just like today, they are always going to be fun games.”

The result was more satisfying for FC Cincinnati, as the Crew faded in the second half and the visitors surged.

The Crew’s lineup included two academy players and four players who saw time against D.C. United in Columbus’ 3-1 win Saturday night, most notably center backs Josh Williams and Lalas Abubakar, who played 45 minutes in both games this weekend. FC Cincinnati played its reserves in the first half before bringing on last week’s starters for the second half, with Jimmy McLaughlin subbing for Corben Bone in the last 14 minutes.

The game was tied 2-2 at halftime with FC Cincinnati coming from behind twice to tie it. Adam Jahn put a shot past Spencer Richey in the fifth minute to give the Crew the first lead, before FC Cincinnati forward Russell Cicerone tucked away a Daniel Haber cross on a header in the 16th minute. Hector Jimenez then scored with an open look from the left flank in the 28th minute, and Haber tied it on a counter attack four minutes later.

Jimenez, who missed a challenge on the game-winning goal in the Cup match last year, and Jahn both were on Columbus’ bench Saturday. Mohammed Abu and Niko Hansen both started Sunday after playing 19 and five minutes, respectively, against D.C. United.

“It’s exactly the exercise we needed it to be,” Koch said. “I’m glad we got to play against another good professional team so we could take a close look at our players and assess who is doing well and who we need to work with over the next few weeks.

“I think our first group struggled to problem solve a little bit. The Crew play in a certain way and I think the group in the first 45 minutes really struggled with that in trying to figure it out," Koch said. "Having said that, there's the performance and then there's the result. They had moments where they struggled, but they still came off the pitch after 45 minutes and it was 2-2, so they obviously got something out of it from that perspective.

"The second half, I think, was a lot better for us, but obviously when you’re playing against a group that's played the majority of the 90 minutes, they are going to get fatigued during that time. There were lots of positives but lots of things to work on too.”

Though it was essentially practice for both clubs, it clearly meant something to them.

The refs had to break up a scuffle in the second half after a Columbus player took down Richie Ryan, causing some shouting and shoving. And goals were still celebrated, though maybe not to the extent of some in regular games.

FCC got its second-half goals from Emery Welshman in the 62nd minute and Emmanuel Ledesma in the 72nd minute.

Berhalter said it was good to play against two different lineups from FC Cincinnati because it kept the rhythm up for the entire game. His team just didn’t maintain to the level he would have liked.

When asked how FCC compares this year to last year’s team, Berhalter said it’s a little too early to tell but noted the quality he saw Sunday.

“I think they have made improvements to the squad,” he said. “I think it's a physical group. It's a group that knows how to compete and I think they will be ready for the start of the season.”

FC Cincinnati had originally planned to play a friendly at the University of Dayton on Saturday but had to cancel because of forecasts for snow and ice.

The third-year United Soccer League club is coming off a 1-0 win in its opener at Charleston last weekend and preparing for a game at USL newcomer Indy Eleven on Saturday.

“We came into today treating it like any other game,” Bahner said. “We want to get three points. You get three points last week, three points this week. You start feeling good about each other and continue to build that winning culture and that's what we're trying to do.”