Will he be the Orange and Blue's secret weapon? 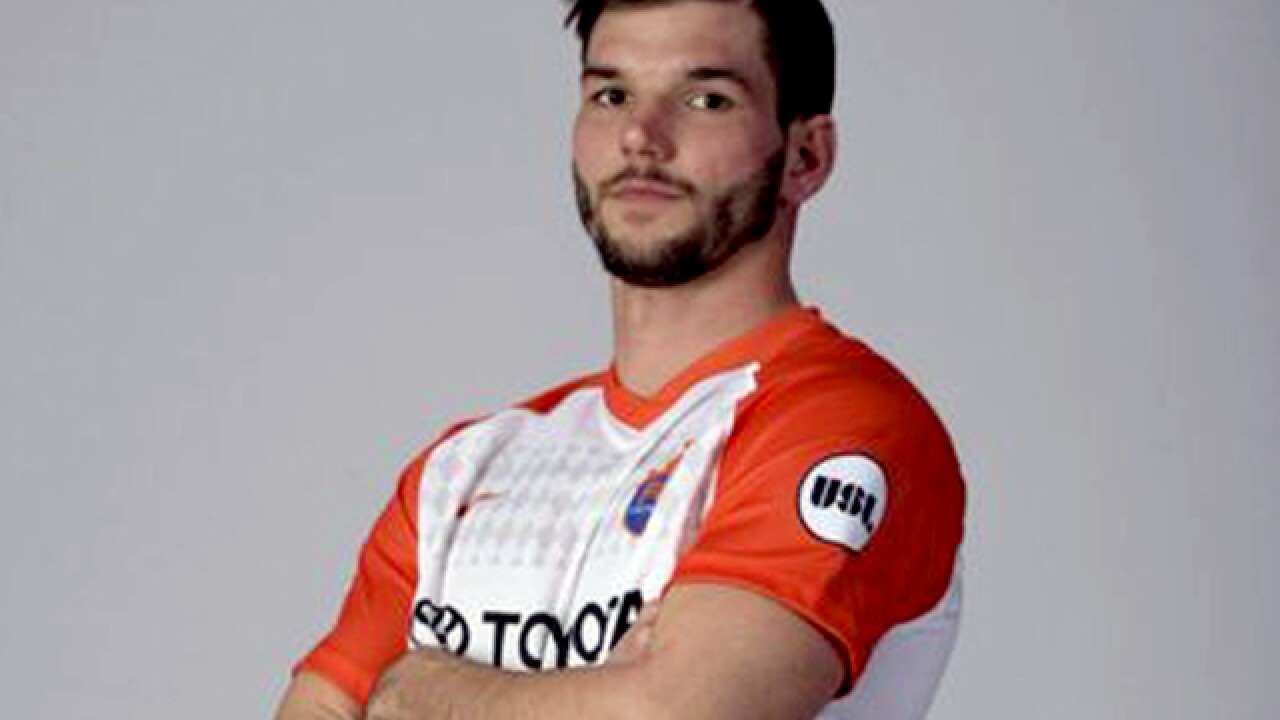 CINCINNATI -- Forrest Lasso refers to himself as a "little kid in a big body."

But he's more than that.

A 6-foot-6 kid at heart, the new FC Cincinnati center back uses his size and enthusiasm to his advantage on the pitch, but he believes he is a more well-rounded player now because of his previous lack of height.

Lasso was 5-foot-6 as a 16-year-old and graduated high school at 6 feet tall. He grew 4 inches while playing four years at Wofford College and added another 2 inches his rookie season with the Charleston Battery in 2015. His frame – and ability – are a welcome addition to FC Cincinnati’s backline, as the club is less than two weeks away from opening the United Soccer League season March 17 at Charleston.

The club plays its preseason finale against USL foe Sacramento on Saturday at Nippert Stadium.

"Growing up small I always played outside left mid so I played in the attacking half and as I got bigger I started going to left back and then center back," Lasso said. "I would like to think I'm a lot more comfortable on the ball than a lot of guys my size, and I credit that to being the small guy playing midfield growing up."

That attacker’s mentality he developed as a youth translated to six goals last season as a center back for Charleston. Two of those goals came against FC Cincinnati. He scored on a header off a corner kick in the season opener at Charleston last year and then scored on a long throw-in during a 2-2 draw last June at Nippert Stadium.

Fans might remember him silencing the crowd with his finger to his mouth after that one.

"After I signed I caught some heat from fans about being a nemesis," said Lasso, who signed with Cincinnati in November. "...As a defender when you score, or really any position, it's important to have fun because it doesn't happen often, but when I scored here I caught a few choice words from fans. It made me laugh, it made me smile, but I look forward to having them on my side this year."

Lasso already has won over the FCC faithful. He is a dominant presence on the back line, similar to former fan-favorite Harrison Delbridge, who now plays for Melbourne FC in his native Australia, and Lasso already has one goal this preseason.

But fans were drawn to him even before the exhibition games began thanks to his friendly, down-to-earth presence on social media. During the offseason, he often posted videos from his workout sessions – along with his hashtag #LittleKidBigBody – to keep fans engaged, and most recently he held a contest encouraging people to “spread the love” during February by doing something nice.

Lasso planned to give a pair of signed soccer shoes and ice cream to the winner. He chose among those who retweeted his Twitter post, did something to “spread the love” and then replied to tell him about it.

Lasso also has a blog, FaithFamilyFutbol.com, which he uses to further share what life as a professional soccer player is like or just whatever is going on in his “crazy head,” he said.

He got the blog title from something he said one of his first soccer coaches emphasized 12 years ago. The coach said the only things important enough to miss a practice or game for were faith and family.

At 24 years old, Lasso still keeps those priorities in mind --- faith first, then family and then futbol – and promotes the blog on his Twitter profile.

Lasso said his agent from Rodwell Management Group encouraged him to promote himself on social media, but mostly he is active as a way to keep in touch with family and anyone that might be interested in what he’s doing.

Lasso, a native of Raleigh, N.C., has four younger siblings and family around the country, but also enjoys connecting with past teammates and the fans he plays for. He said it’s a way to show fans he is a regular person. He was a business economics and marketing major in college.

“I feel like I'm extremely blessed to do what I love every day. So whether it's a simple tweet or something on Instagram or whatever it may be, the small things can go a long way,” said Lasso, a self-called “big foodie” who enjoys The Eagle for some fried chicken that reminds him of the soul food he got back home in Raleigh. “One of the glories about athletics, especially modern day football, is we can engage with the fans very quickly and they love it.

"I was that little kid that watched guys playing growing up and I didn't have that. I knew they were on TV obviously or saw them on a poster or magazine or whatever but never had a chance to interact with them. So being a little kid at heart, I love sharing the game with them.”

Lasso is still learning to enjoy the little things in life, but “Little Kid, Big Body” is a good reminder to keep doing so.

The phrase also has a deeper meaning that Lasso said he hasn’t even told his family. Another part to it, he said, is that he sometimes just plain old forgets that he has a massive frame.

“When I got to be this size, about my sophomore year of college, I forgot how big I was. Whether I was running into a buddy’s room and jumping on him or walking through a door frame and hitting my head, there were just little acts of a little kid in a big body,” Lasso said. “In my head I was still 5-foot-6, 140 but in reality I'm 6-foot-6, 215 and I forget that on a lot of occasions.”

He said social media makes him more recognizable to fans, and his size especially makes it difficult to blend in when he is out and about Cincinnati.

He’s more than just a big body to FC Cincinnati coach Alan Koch and his teammates, though.

“He's a great addition to the team,” defender Justin Hoyte said. “He's already come in and settled in perfectly well. He will add great experience as well, and his defensive knowledge and defensive play and attacking and set pieces will be major keys for us this season.”

Koch said Lasso is excellent in the air during open play and he's very good on set pieces. But he's also, for a big man, "very good technically."

"He has the ability to play with both his left and his right foot," Koch said. "It's not easy for him and for all these guys coming to a new club it takes time to adjust and get comfortable but I feel very confident he is going to do very well for us this year.”