Fay: Reds should bring back Bryan Price next year 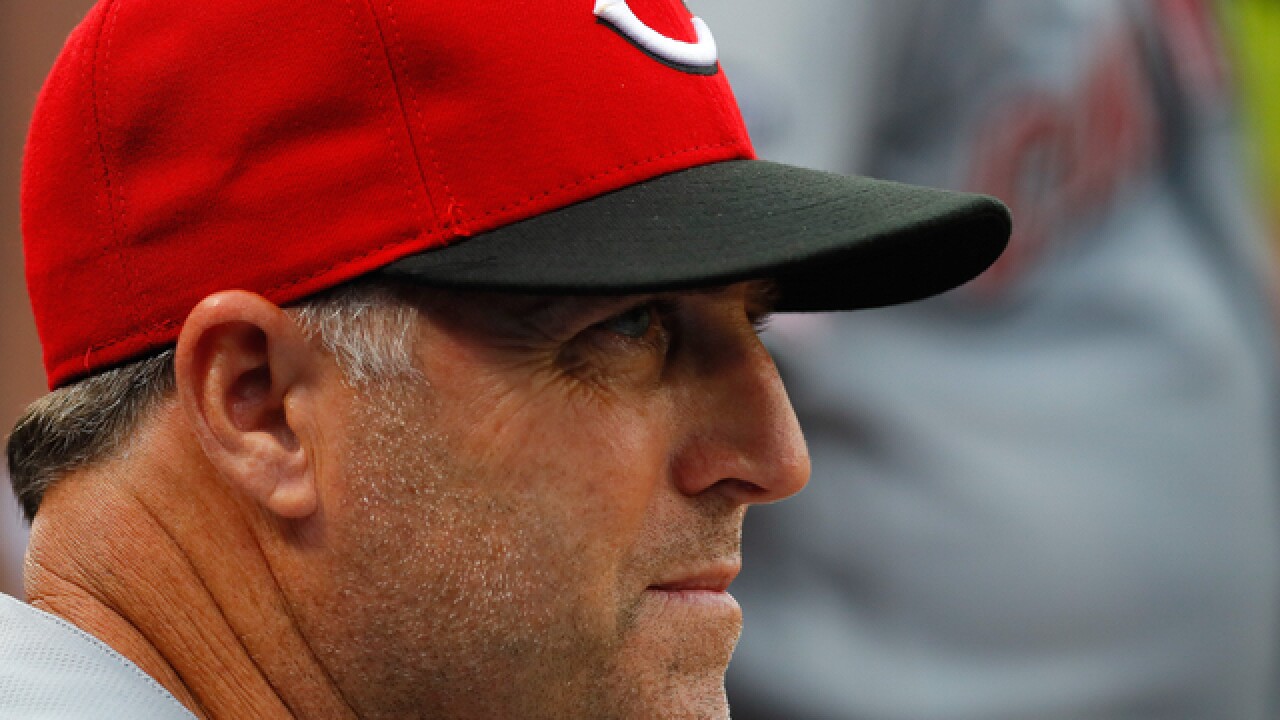 Kevin C. Cox
<p>ATLANTA, GA - JUNE 14: Bryan Price #38 of the Cincinnati Reds looks on during the first inning against the Atlanta Braves at Turner Field on June 14, 2016 in Atlanta, Georgia. (Photo by Kevin C. Cox/Getty Images)</p>

CINCINNATI -- Bryan Price would not talk about it. I asked him if he thought he had made a case for returning next year as the Reds manager.

“Truth be told, I’m not even comfortable talking about it,” he said. “I don’t even want to think about. I think the decision is in their hands on what they want to do moving forward. They’ve had almost three years to assess whether I do a good job or not. They’ll make their decision based on what they see and what they know moving forward.”

Price, whose contract runs through this season, says he has not talked to the Reds about his status for next year.

Price wouldn’t make the case for his return, so I will.

But you can’t judge Price on his record alone. He was given a team that was set up to fail as part of the rebuilding process. Johnny Cueto, Mike Leake, Aroldis Chapman and Todd Frazier have been traded away since the deadline last year. The third veteran starter, Homer Bailey, was coming back from Tommy John surgery.

The best-case scenario going into the year was the Reds would be competitive if everything went right.

It looked at one point that 110 losses was a possibility.

But Price kept the Reds from quitting -- even as Jay Bruce was traded.

And, stunningly, the team has played extremely well since the All-Star break. They went into Friday night 19-12 since the break. The Chicago Cubs are the only team in the majors with a better record since then.

The Reds have won eight of their last 10 series.

It’s a case of too little, too late, of course. But you’ve got to grade this team on a curve. First of all, you want to see the young players get better. DeSclafani, Billy Hamilton, Eugenio Suarez, Brandon Finnegan, Lorenzen and Iglesias have taken steps forward.

I still think the Reds are looking at 2018 at least before they’re competitive. But given the progress of the aforementioned players, next year is looking a whole lot more promising.

“There was an overriding feeling with this team at the beginning of the year that we were actually a pretty good team,” he said. “We just couldn’t get our pitching straightened out in the first half. Once we got healthy and got the personnel in here, all of the sudden we were the team everyone felt we were the first half, even when we were losing games the first two and a half, three months of the season.

“There was a feeling we were a couple pieces short of going out and competing with everyone else. We’ve gotten to that point. This is what everyone envisioned the season half looking like, playing better baseball, not having the long losing streaks, losing in an ugly style that was part of the first couple of months.”

Those couple of pieces turned out to be Iglesias and Lorenzen. They turned the bullpen from historically bad to pretty good. The team followed suit.

The Reds now find themselves a game out of fourth place. Price hopes his team is motivated to get out of last place.

Whether they get out of last or not, I think Price deserves a fourth year. He, of course, is not blameless in the terrible start. But once he got a reasonable facsimile of the team he was supposed to have from the start, the Reds have played respectable baseball.

President of baseball operations Walt Jocketty has said that Price is safe through the rest of the season. I’d be stunned if the Reds do anything before the season ends as far as extending Price’s contract because it’s not a PR win.

My guess is they announce the day after the season that he’s back for another year.

And I think that’s the right call.

John Fay is a freelance sports columnist; this column represents his opinion.